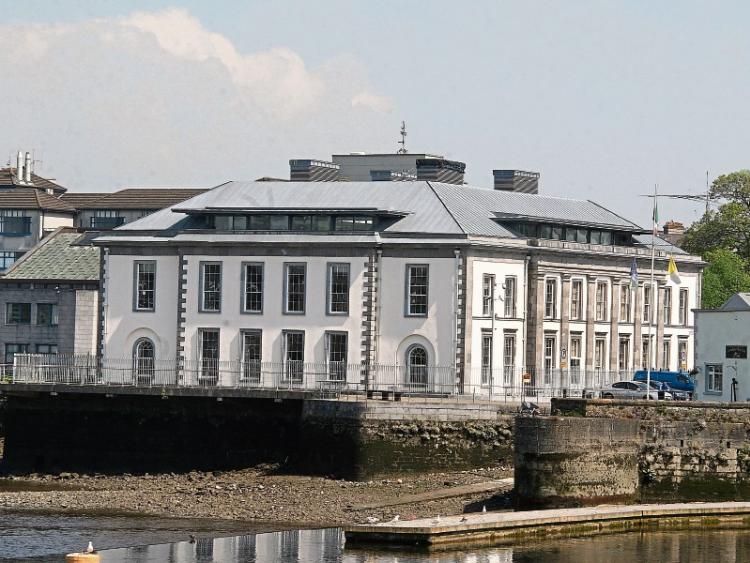 A MAN who received a five-year suspended sentence for his role in an aggravated burglary in County Limerick wrote to gardai eight months later offering to help with their investigations.

The trial of two men who are charged with aggravated burglary and falsely imprisoning three pensioners in Ballyluddy, Pallasgreen, five years ago is continuing at Limerick Circuit Court.

Alongside both those accused, a third man is also pleading not guilty to a separate case of aggravated burglary and false imprisonment at Sunville House, Pallasgreen, on April 16, 2012.

The jury heard this Wednesday that William Gammell, 32, was arrested on June 6, 2012, in relation to the aggravated burglary at the Creed family home in Ballyluddy, Pallasgreen on May 31, 2012.

On July 20, 2014, Gammell received a five-year sentence, which was suspended, for that offence.

Sergeant Mike Reidy, of Henry Street garda station, gave evidence that on the morning of April 9, 2015, while he was stationed at Bruff garda station, he received a hand-written letter in his postal tray from Gammell.

He told the court that Gammell wrote that he wished to declare that he was “willing to help gardai in the Creed family case or in any investigation.”

Gardai called to his house to confirm that he had left the note in the garda station, and Sgt Reidy said Gammell was willing to make a voluntary statement regarding his knowledge of the case and his involvement. He presented to Bruff garda station that afternoon for interview.

Anthony Sammon, SC, for one of the accused, put it to Sgt Reidy that Gammell had claimed that he was beaten by gardai who attended his house on June 6, 2012, when 11 gardai called to his home, including members of the Regional Support Unit, as part of their investigations.

Mr Sammon said that Gammell had alleged that he was “badly beaten, kicked, punched and stomped on the face.”

Sgt Reidy said that he never witnessed any assault, and that if he had observed any injuries he would have called for medical assistance.

“At no stage was it communicated to me that he was assaulted as outlined,” he told the court.

The court earlier heard that the three elderly Creed siblings living in the home were left battered and “covered in blood” after two armed and masked men burst into their isolated farmhouse and robbed them.

The two accused in the Creed case, Patrick, 52, and Philip Roche, 24, who both reside at Kilcronan Close, Clondalkin, Dublin, deny the aggravated burglary and false imprisonment charges at the home of William, Nora, and Christina Creed, at Ballyluddy, Pallasgreen, Co Limerick, on May 31, 2012.

A third accused, Alan Freeman, 37, of Pearse Park, Tipperary Town, who is on trial for the Sunville burglary, has denied the charge, alongside Patrick and Philip Roche.

“One of them rushed at me and knocked me to the ground,” Willie Creed, 79, told gardaí. “He was stabbing me on the head with a screwdriver. There was blood running down along my face.”

The court heard the three pensioners were beaten, tied up, and threatened their “throats would be cut” if they didn’t hand over cash.

The Creeds told gardaí the raiders were armed with a butcher’s knife, a screwdriver, sticks, and iron bars.

“They asked for money and they said they knew we had three pensions and a lot of land,” Willie Creed told gardaí. “They told us they would cut our throats. One of them said he’d cut off my hands.”

Chrissie Creed, 77, told gardaí she was “saying prayers” in her bedroom when she heard her sister Nora “screaming”. She said when she came out of her bedroom she saw “two men standing over (Nora), and Willie had blood on his head”.

She said she tried to phone her brother Tommy for help, but one of the raiders grabbed the phone and threw it to the ground. “He laid into me, hitting me. He threw me across the room. I thought they were going to kill us,” she told gardaí.

The court heard the Creeds had saved up €5,000 to pay for work on the farm, but this had been stolen in the burglary.

During the aggravated burglary at Sunville House, Pallasgreen, on April 16, 2012, Ann and Gerry Garvey and three of their four children were held at gun point at their home by a three-man armed and masked gang. The trial continues.