Miss Limerick Racha Mennad to fight against Islamophobia during reign 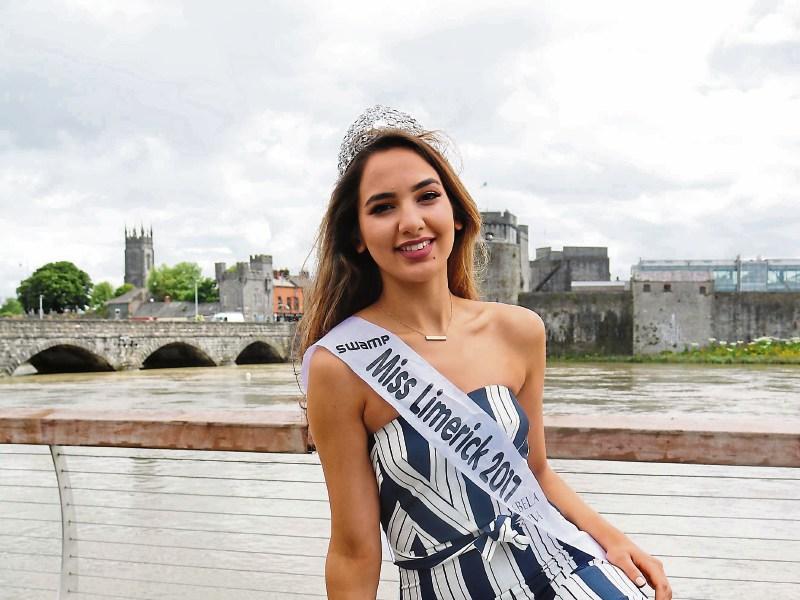 THE first Miss Limerick from a Muslim background has pledged to challenge Islamophobia during her reign, after being subjected to attacks online.

Racha Mennad, 20, said she has been the victim of racist and religious abuse online, even though she was born and grew up in Ireland.

The Tullamore native, who has been studying HR and French at the University of Limerick for two years, said she made a complaint to the gardai over one “highly offensive” comment.

Ms Mennad notified the gardai that one person wrote on her Facebook ‘Avoid Racha Mennad — she has bombs on her’.

She said the comment was made at a time when she was trying to launch her modelling career and was also worried this would negatively impact upon her professional reputation.

The man in question denied to gardai that he wrote the offending comment, and she declined to pursue the matter further, she said.

However, she said she is “increasingly frustrated” by comments on social media equating Muslims to terrorists.

“The comment on Facebook is probably the most extreme example, but Muslims have to constantly deal with small passing remarks that people don’t think are offensive, but are actually highly offensive.

“It does hurt when people make these comments, and there should be greater repercussions when they write these things online,” she said.

She said that every time there is a terrorist attack “all Muslims feel a burdening responsibility to defend the religion and remind some people that this isn’t what Islam teaches or supports.

“It shouldn’t be like that but unfortunately it will be until people realise that terrorism knows no religion.”

While she was raised in a Muslim family, she said she is not a practising Muslim now.

“That doesn’t mean that I can just turn my back those comments. My family is Muslim, so I know what it is to be a Muslim each day.

“I still feel like I have a responsibility to educate people to a certain extent. In general, Ireland is a very open country, but some people are misinformed or slightly ignorant. Many people don’t understand what’s going on in Syria or the circumstances these people are fleeing from,” said Ms Mennad, whose parents fled the war in Algeria in 1996.

“I don’t consider myself Muslim because I don’t pray and I don’t fast, and Islam calls for a lot of discipline. I also don’t want to be defined by my faith, but I just try to live a moral life,” she said.

Born in Ireland, she said she is also proud to be Algerian and to have an Algerian passport.

“But I am really Irish as well. I kind of have the best of both worlds.”

Speaking about attacks on a number of mosques in Limerick, in which one was broken into, vandalised and the carpet urinated upon, she said “the people who did this are the terrorists”.

“Isis or Isil  and any other terrorist organisation do not represent the Muslim community, nor are they welcomed by it. These people are extremists that manipulate the words of, in this case, the Qu’ran in order to justify their cruel actions.

“It is so unfortunate that we are the target of so much ignorance and hatred because of a small group of brainwashed psychopaths. Isis have killed hundreds and thousands of innocent Muslims in Syria and all over the world and continue to do so each day, so how can anyone say that these people are Muslims?”