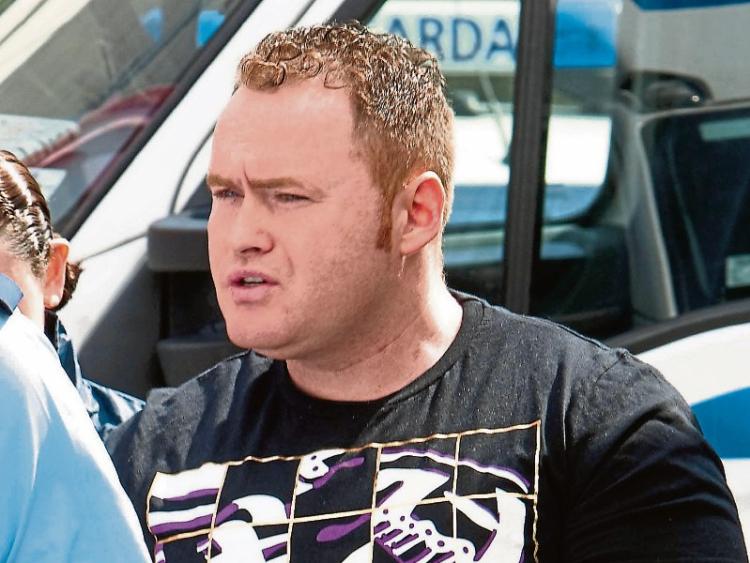 NOTORIOUS Limerick criminal Wayne Dundon has been reportedly removed from Portlaoise Prison after contraband was recently found in his cell.

It was reported at the weekend that the 39-year-old Prospect man — serving a life sentence for the murder of businessman Roy Collins in 2009 —  was found with phones, steroids, weapons, syringes, and SIM cards in his cell.

Portlaoise is the State’s only maximum security prison. And, according to the Sunday World newspaper, the convicted killer is currently in a cell in the basement of Mountjoy’s C-wing, and is under close supervision, 24-7.

A source told the weekend newspaper that the decision to move Dundon was taken in view of the fact that security had failed to prevent his accessing contraband phones and drugs.

In March this year, Dundon, of Lenihan Avenue, failed in his attempt to get a different panel of judges to hear an appeal against his conviction for the murder of Mr Collins.

The murder of Roy Collins, 35-year-old father of two, took place at the Coin Castle amusements arcade in Roxboro, on April 9, 2009.

In July 2014, a three-judge Special Criminal Court found Dundon had ordered the murder from prison and that Nathan Killeen, 27, was the getaway driver for the gunman, James Dillon.

It was believed that Steve Collins was the intended target of the murder, due to his involvement in a previous successful prosecution against Dundon for a threat to kill.

In an application before the Court of Appeal, Dundon’s lawyers sought a differently constituted court, made up of different judges, to hear his appeal.

Lawyers for Killeen had also supported the application.

Throughout the the 29-day trial in 2014, it was the State’s case that both Dundon and Killeen were involved in a common design and joint enterprise, which resulted in the killing of Roy Collins.