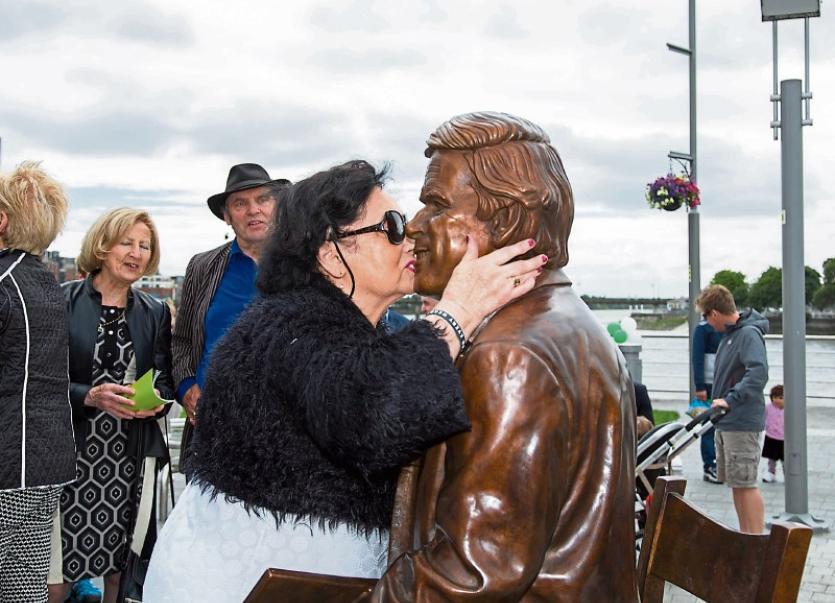 A kiss for Terry: Theresa Byrne of Mount Park, Dublin travelled down to Limerick for the unveiling Picture: Alan Place

RENOWNED artist John Shinnors has lamented that the statue erected in memory of Sir Terry Wogan in Limerick city is a “Brexit tourist attraction, lacking in imagination.”

Mr Shinnors, whose abstract paintings have sold for up to €50,000 apiece in some of the world’s most prestigious auction houses, urged that public art should not be left in the hands of politicians “who scarcely have a painting in their home”.

“I’m glad they did something for the man, because in a way he deserves it. He did an awful lot of good for the Irish in England back in the ‘80s.

“But it’s a caricature. A Brexit tourist attraction, a bit kitsch, that has nothing to do with its surroundings and is lacking in imagination,” he told the Limerick Leader. 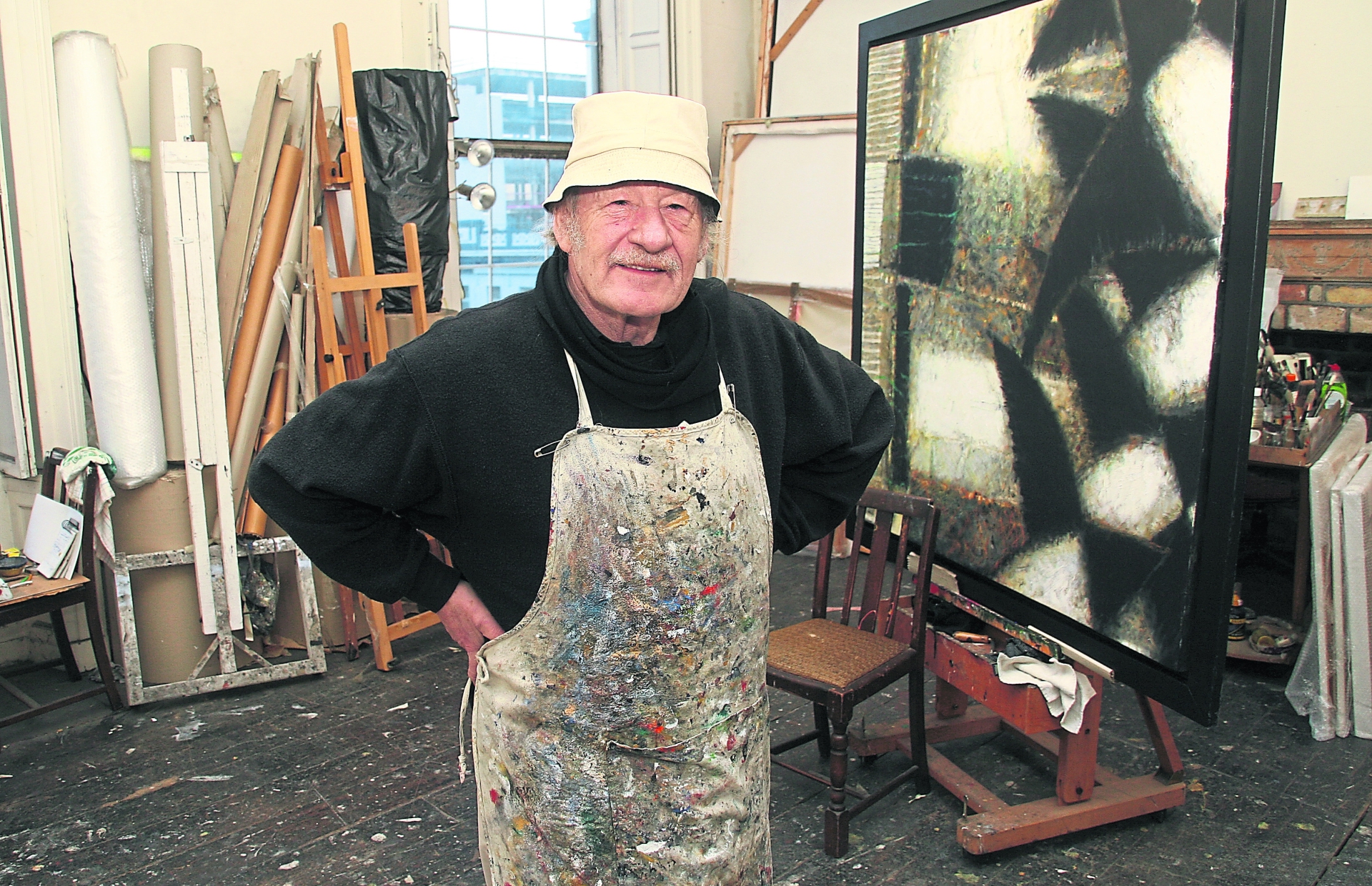 Mr Shinnors, one of the country’s most famous artists, said many of these visions for public art pieces are conceived by council officials and politicians “who wouldn’t know a Turner from a turnip”.

He suggested that far more “iconic” pieces could have been conceived and executed, such as a marble sculpture of Wogan in his swimming trunks and preparing to jump into the River Shannon from Sarsfield Bridge.

This, he said, “could have captured the attention of the people of Ireland and the Brexiteers.”

He has urged that in future artists or art academics should be included on such panels for “mature guidance” before a final artist is commissioned. 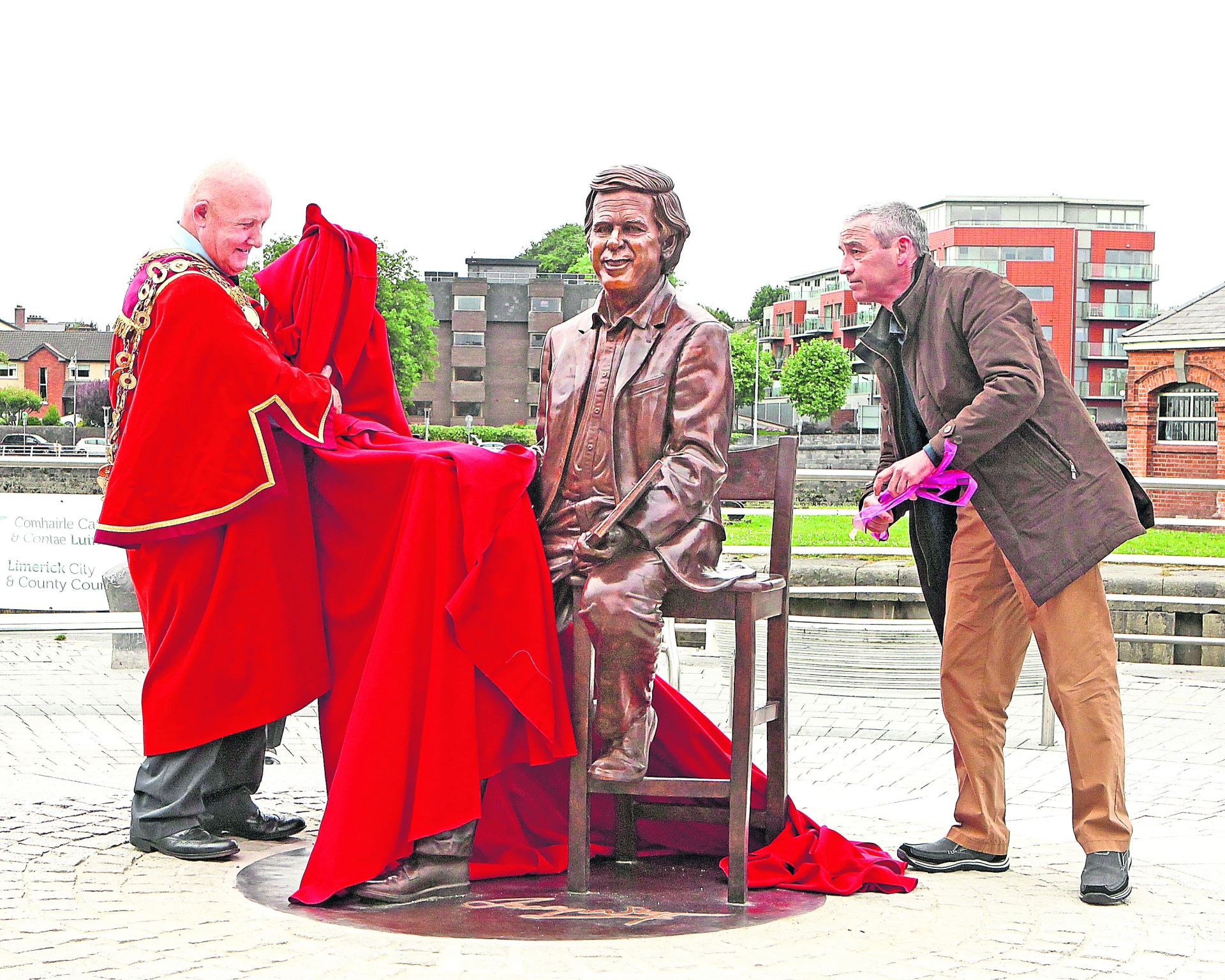 “It was definitely an opportunity lost, and I do feel sympathy for the artist, but he was at a complete disadvantage in a way. Firstly, it’s not a sculpture in the pure sense of the word, because it’s not chiselled, and bronze is a very unappealing and cheap material.

“A slab of marble would be more expensive but it would be the true test of an artist in sculpting the most credible likeness. You are also at a disadvantage when you don’t have the model in front of you, and are just relying on photographs,” he said.

“Where was the thought of the quality of the piece, the most suitable location or how it could enhance an area,” he questioned.

He praised the dockers’ monument on Howley’s Quay as the best piece of sculpture in Limerick, which he said is “very relevant to the area and brilliantly executed”.

The Wogan piece by the award-winning artist Rory Breslin, from Mayo, was commissioned by Limerick City and County Council for in the region of €50,000.

Situated on Poor Man’s Kilkee in the city, Mr Shinnors added: “It has nothing to do with the area, especially with a microphone in his hand, and Terry Wogan’s people were middle to upper class who went to the real Kilkee in county Clare.”

Fianna Fail deputy Willie O’Dea said that the piece in memory of Wogan and rugby legend Anthony Foley on Clancy Strand are “faulty in that they don’t bear any likeness to their subjects”.

“I'm not an expert on sculptures, but I wouldn’t recognise Terry Wogan at all.

“I have received an awful lot of complaints from constituents,” said the Fianna Fail TD, adding €50,000 is an awful lot of money and it was a bit of a wasted opportunity, especially when I find it hard to get Limerick City and County Council to spend money on minor repair works,” he said.

Many have commented that the Wogan sculpture bears more of a resemblance to the Australian singer Nick Cave or the actor William H. Macy. 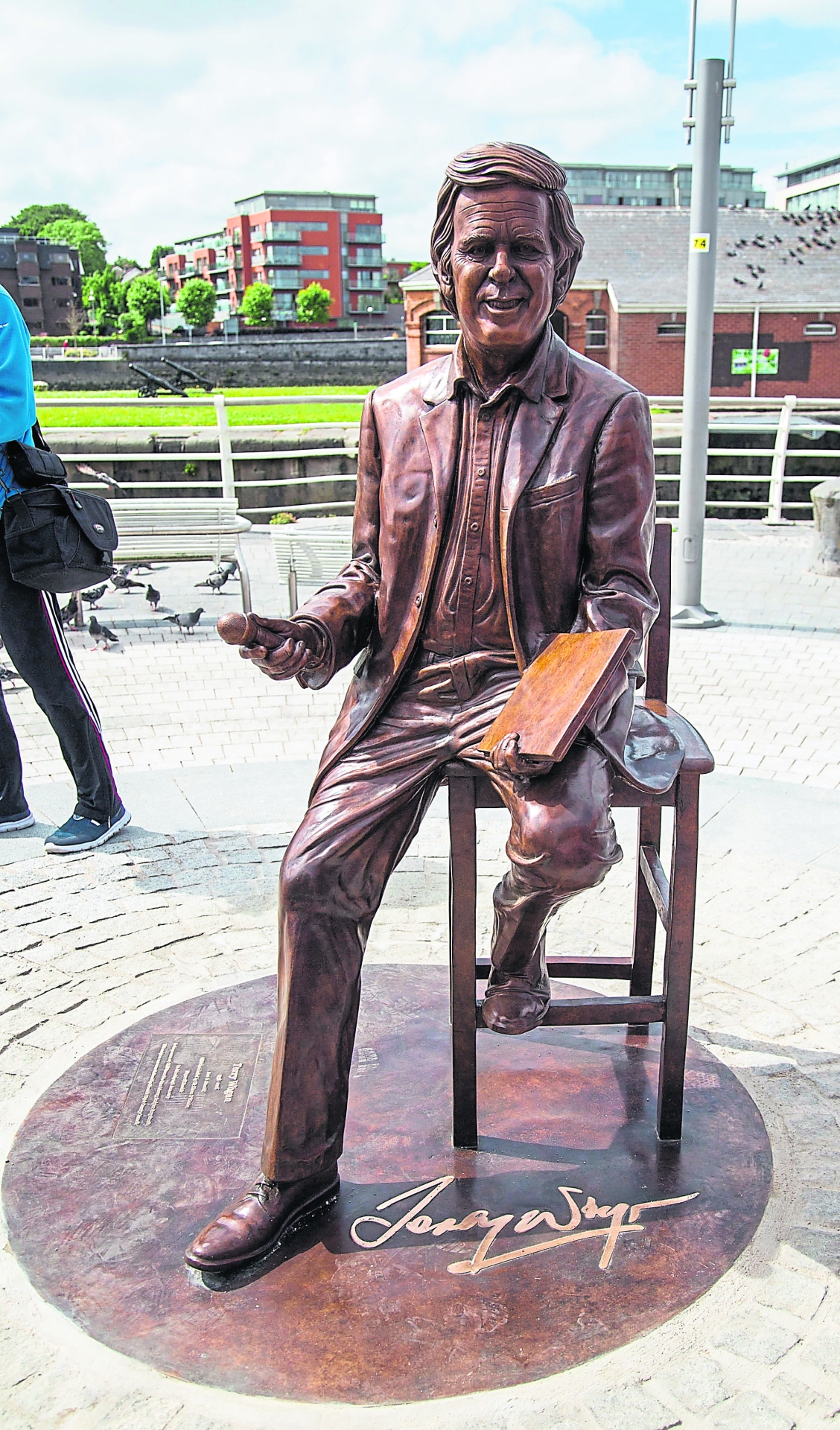 “There is no sense of dignity or grace in either sculpture. Limerick Council should expect an avalanche of ridicule to come down on their heads, for this is what you get when you let politicians make decisions about public sculpture in contemporary society.

“And if they cannot see just how bad these sculptures are, then they are deluded that Limerick City of Culture had any lasting effect on the aesthetic consciousness of Limerick’s city fathers,” said Mr Walsh.

“It is still a fabulous piece of work and it’s a brilliant location, but Wogan's features were a bit more round. This is a slimmed down version of Wogan.”