UK track steps up security ahead of Derby final this Saturday 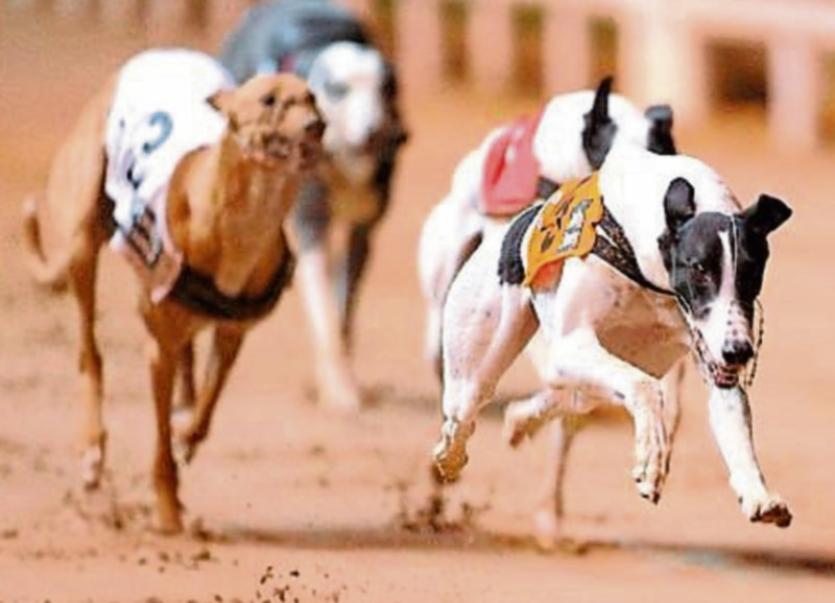 Clares Rocket is unbeaten in this year's competition

A RACECOURSE in the UK has stepped up security after a Limerick-owned greyhound which hit the headlines after being kidnapped and held to ransom is now the red-hot favourite to win the English Derby, and a prize of €200,000.

Last December the Limerick Leader exclusively revealed how Clares Rocket was snatched from its kennel in Golden, Co Tipperary in a dramatic raid that brought back memories of equine star Shergar.

The story made headline news across Ireland and the UK as gardai hunted for the culprits, who demanded €1m for the dog’s safe return.

Owned by the Full House Syndicate headed by Joe Cahill of Castletroy View, Clares Rocket is trained by well-known handler Graham Holland who is based in Golden.

Convicted Limerick drug dealer Christy Keane was one of four men arrested in connection with the greyhound’s alleged kidnapping when armed gardai swooped on two vehicles in County Waterford the day after the dog went missing.

Keane, who is friends with another member of the syndicate, Thomas O’Shea from Newcastle West, said he had nothing to do with the alleged abduction of the greyhound worth over €1m and claimed in an interview with the Leader that he rescued the dog and “if it wasn’t for me the dog would be dead”.

The greyhound is back in the headlines this week after a remarkable twist of fortune saw the dog put in a masterful performance to claim first place in last  Saturday's second semi-final of the Classic at Towcester.

The track’s security team has now drafted in additional staff to guarantee the dog’s safety during the final this Saturday night and there will now be a larger police presence on the night.

Kevin Ackerman, chief executive of Towcester Racecourse, said: “We have reviewed our security arrangements and no stone is being left unturned to make sure all the dogs involved are protected.

“Each dog will be escorted from the kennels to the track by its own verified security team and we have invested in an enhanced CCTV system to provide comprehensive coverage of the track.”

Clares Rocket is unbeaten in this year's competition, which has been held in Towcester for the first time, has a fair draw in trap three and is 5/4 favourite with Paddy Power to win.