Structures a 'missed opportunity' and have attracted widespread public criticism 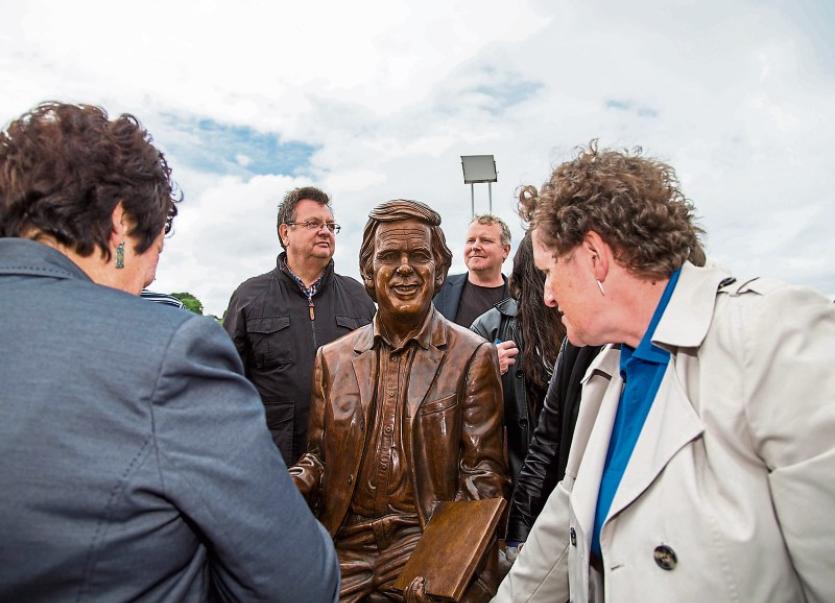 Fans around the Terry Wogan sculpture in the city and below, the Anthony Foley memorial Pictures: Alan Place and Adrian Butler

SCULPTURES erected in Limerick to Sir Terry Wogan and rugby legend Anthony Foley at a cost of over €50,000 are a “wasted opportunity” and are an insult to their subjects, artists and politicians have claimed.

There has been widespread public criticism of both pieces, which were commissioned and erected with little public consultation.

The bronze life-size sculpture of the BBC broadcaster by award-winning artist Rory Breslin has been unveiled on Poor Man's Kilkee in the city, while a stone memorial of the rugby icon was also recently unveiled on Clancy Strand in a low-key ceremony. 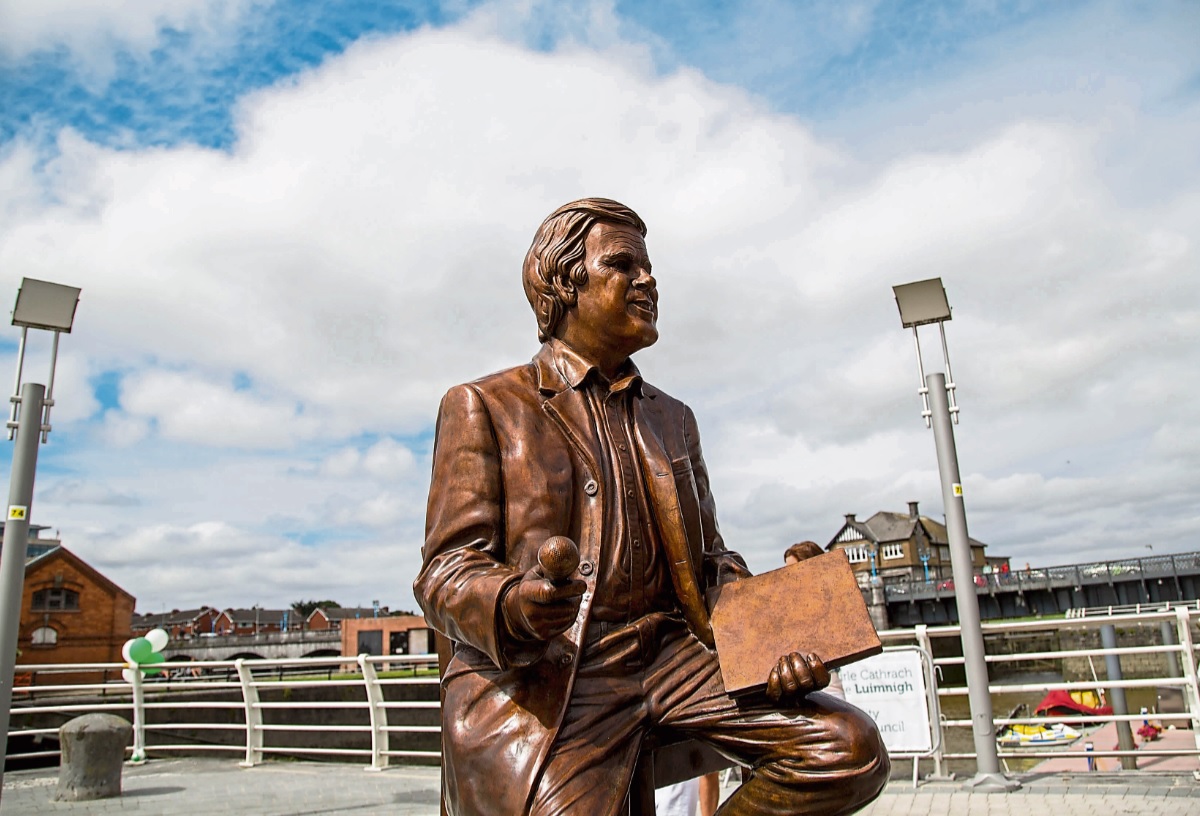 Fianna Fail deputy Willie O'Dea said that both pieces are “faulty in that they don't bear any likeness to their subjects.”

“I'm not an expert on sculptures, but I wouldn't recognise Terry Wogan at all. I have received an awful lot of complaints from constituents. €50,000 is an awful lot of money and it was a bit of a wasted opportunity, especially when I find it hard to get Limerick City and County Council to spend money on minor repair works,” he said.

Many have commented that the Wogan sculpture bears more of a resemblance to the Australian singer Nick Cave or the actor William H. Macy.

Limerick artist Samuel Walsh said “not only are these inadequate pieces of public art, but they demean and diminish whatever value or contribution these individuals made during their lifetime.

“They purport to honour but in fact they do the exact opposite. There is no sense of dignity or grace in either sculpture,” he told the Limerick Leader.

“Limerick Council should expect an avalanche of ridicule to come down on their heads, for this is what you get when you let politicians make decisions about public sculpture in contemporary society. And if they cannot see just how bad these sculptures are, then they are deluded that Limerick City of Culture had any lasting effect on the aesthetic consciousness of Limerick’s city fathers,” said Mr Walsh.

“It is still a fabulous piece of work and it's a brilliant location, but Wogan's features were a bit more round. This is like a slimmed-down version of Wogan. It seemed as if the piece was fast-tracked, and there should certainly be more consultation with the public going forward,” he told the Limerick Leader.

In the face of mounting public criticism over both memorials, the outgoing Mayor of Limerick city and county, Cllr Kieran O'Hanlon, defended both pieces.

He rejected criticism that the piece of Wogan resembles "Ronaldo's dad", in reference to a piece depicting footballer Cristiano Ronaldo by sculptor Emanuel Santos on the island of Madeira.

Cllr O'Hanlon said some of the public criticism of the Foley stone was “offensive to the family” and said the decision was not taken by him, but by council officials. 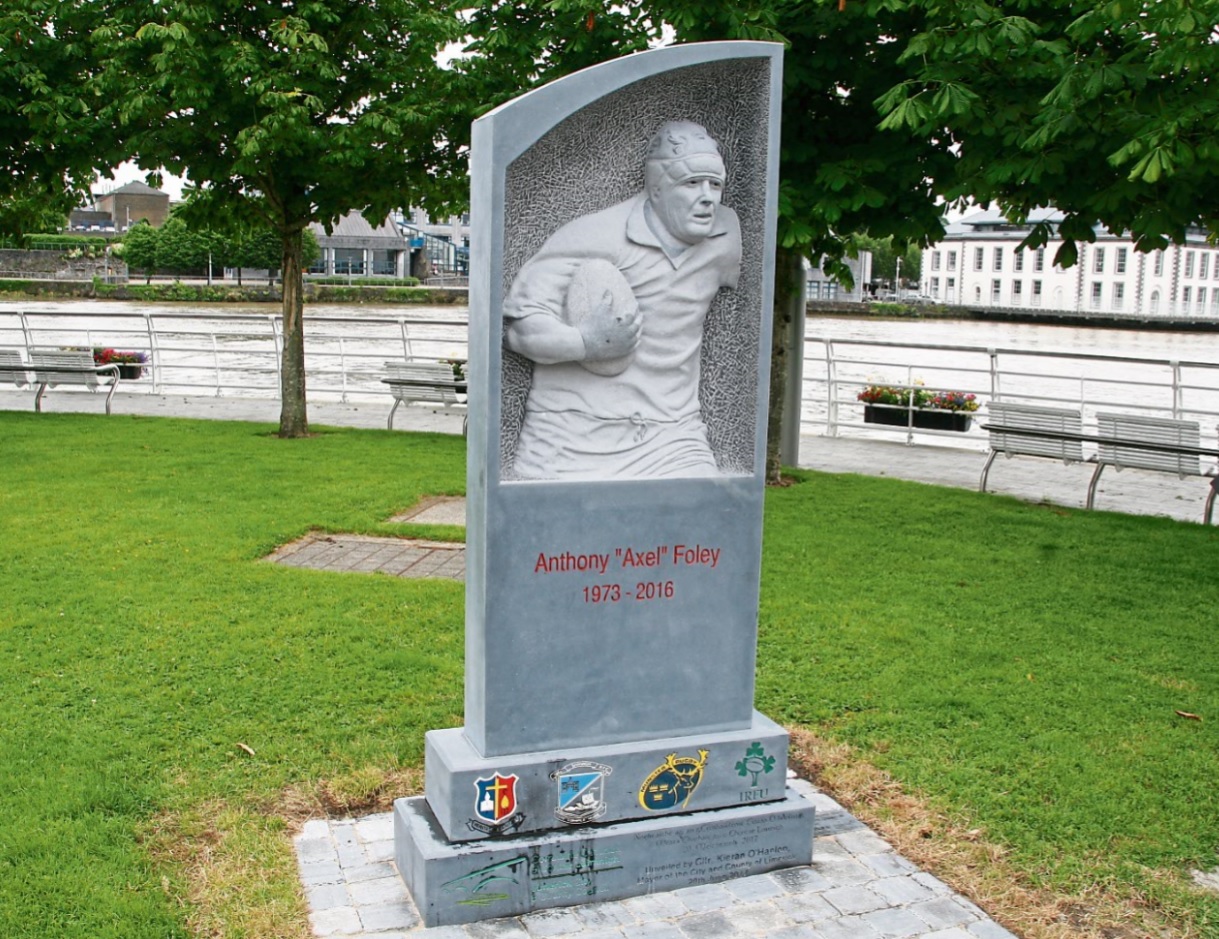 He said the council had discussions with the Foley family months ago to immortalise the late Shannon, Munster and Ireland star, who died suddenly in Paris last year.

The piece was done on a “small scale”, and “did not come out of the blue”, he added.

Foley's sister Rosie praised the piece as an “outstanding tribute” at a “beautiful location” along Clancy Strand, just yards from the iconic Treaty Stone.

The cost of the Anthony Foley memorial has not been disclosed to date, while the Terry Wogan sculpture, unveiled on Saturday last, cost in the region of €50,000.

Cllr O'Hanlon said he is not accepting “any criticism whatsoever” for the Wogan piece, saying he was “very happy” with that memorial.

“I'm absolutely delighted with the location and the memorial itself. It reflects Wogan at his best,” he said.

The piece by the award-winning Mayo sculptor Rory Breslin was selected by the council from more than 30 submissions received from artists nationwide.

The statue of the twice Oscar-nominated actor and Limerick’s most famous thespian, Richard Harris, on Bedford Row continues to draw criticism, some 10 years on since its unveiling.

The renowned Limerick artist John Shinnors was among those who criticised the ‘pint-sized' sculpture of the giant of the silver screen, describing it as “touristy kitsch; an opportunity lost, an opportunity that was thrown away”.