'Seed has been sown' for future Chinese investment in Limerick 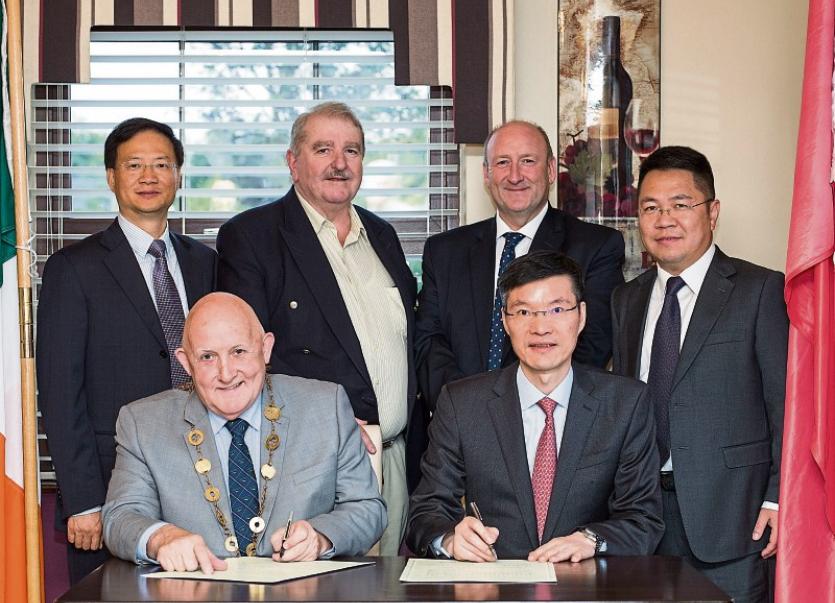 In one of his last official functions, the outgoing Mayor of Limerick signed a friendship agreement with representatives from the Chinese province of Jiading - the latest knot in a diplomatic tie that goes back more than 10 years.

This comes more than 10 years on from a controversial trip headed by the council to China, which sought to forge links between the regions.

At a meeting in Bunratty, the mayor was accompanied by FF Cllr Kevin Sheahan, who has travelled to China twice on behalf of Limerick City and County Council, and who said that has has made “very good friends and connections” through the diplomatic visits.

“I know there are parts of Ireland and parts of Europe would love to have the friendship and commercial connections that we have made with this group, and most of all, they trust us,” said Cllr Kevin Sheahan.

“The word trust is very important, no matter how attractive commercial activity is to them, they must trust the person at the other side,” he added.

Cllr Kevin Sheahan suggested a number of investment opportunities to the delegation, including the use of Foynes Port by the Chinese as a base to transport goods to other parts of the world.

The port is both deep and wide enough to accommodate their vessels, said the councillor.

Some members of the delegation had not known that the Shannon could accommodate such vessels, and it is hoped that some investment can come from the talks.

“Those are the things. When I went in 2002, I was ridiculed by the media for squandering taxpayers’ money,” said Cllr Sheahan.

“It was one of the smartest things I got a chance to do in my career as a public representative. When we were able to meet a delegation of people whom we had never met before, and within 10 minutes, we were totally at ease with each other, you could tell that there was a relationship there,” added the Askeaton councillor.

“The seed has been sown, and there will be a harvest off it yet. It may not be the items I’ve identified, but they know we are here and they know what they have,” he added.