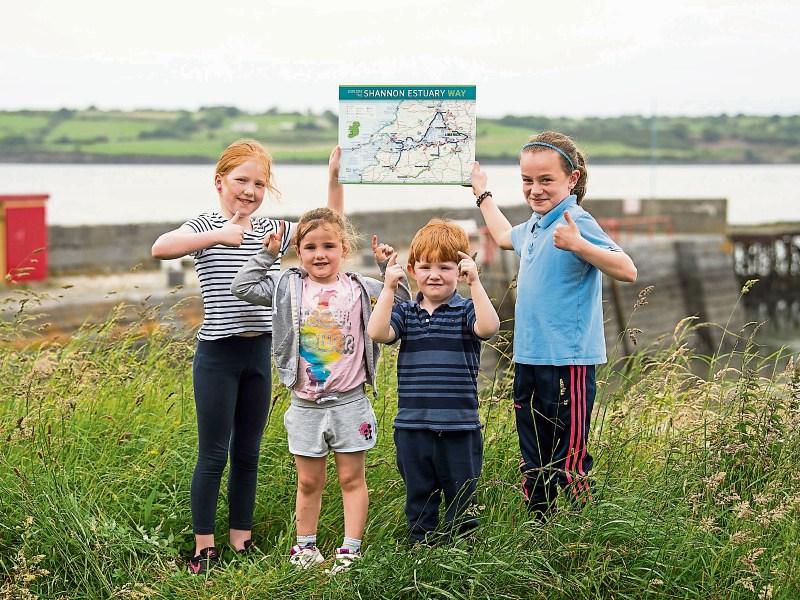 THE Shannon Estuary Way will enable Limerick to cash in on the phenomenal success of the Wild Atlantic Way, Minister of State Patrick O’Donovan said when he officially launched the new drive  in Glin at the weekend.

The 207-km Shannon Estuary Way extends  from Tarbert to Limerick and along the south Clare coast  to Killimer and is the first of a series of “drives” off the Wild Atlantic Way to be developed by Fáilte Ireland.

“As the Wild Atlantic Way continues to grow, we can now start to develop additional experiences for visitors to enjoy and, through initiatives like this, we can start to develop tourism activity which ensures a greater spread of visitors across the West of Ireland,” Minister O’Donovan said on what was one of his last jobs before being appointed Minister of State for Finance and Public Expenditure.

The new Shannon Estuary Way would enhance rather than dilute the Wild Atlantic Way brand, he added.

One of his first aims as Minister of State for Tourism, he continued, was “to expand the Wild Atlantic Way in our own area”. He recognised, he said that the Shannon Estuary from Tarbert to Limerick “was an area that could be exploited a lot more”.

What emerged, through a partnership between Fáilte Ireland, the local authorities along the estuary and the local communities was the Shannon Estuary Way as well as other drives in the Burren and in Donegal.

Nearly quarter of a million people are employed in the tourist industry, he pointed out, contributing €5b to the Irish economy. “Last year, 10m people visited this country so there is plenty of room for everybody to get a share of it.”

“This is a very good day for this area,” Minister O’Donovan said. “It allows us with Failte Ireland to really embrace the concept of tourism. The Wild Atlantic Way is a phenomenal success. Now is our turn to cash in on it.”

The collaborative approach adopted and the community meetings held had led to a  “richness of information” that might otherwise have been missed, Fiona Monaghan, of Failte Ireland said. “We asked people for their input, what are the must-sees”.

Providing the signage and information boards along the route would take place during phase two, she explained and she expected this phase be rolled out within six to nine months.

Welcoming the launch of the Shannon Estuary Way, Cllr John Sheahan, chairman of the Newcastle West Municipal District, said up there had always been a great connection between the shores of Limerick and Clare across the Shannon.

But, he said, the water is what we are under-utilising here.

“The Wild Atlantic Way was a slow burner but has been an absolutely roaring success,” he said, adding that in Limerick, the aim would be to organise packages to cater for people staying one, two and three nights in the area. “We don’t want them driving through,” he said.

The proposed new road from Limerick to Foynes would also direct more people towards the Estuary, he said.

A new visitor friendly map of the  route will be distributed to local businesses and tourist information offices for the 2017 summer season and will be published on www.wildatlanticway.com