Showtime! Charleville is set to shine at annual show 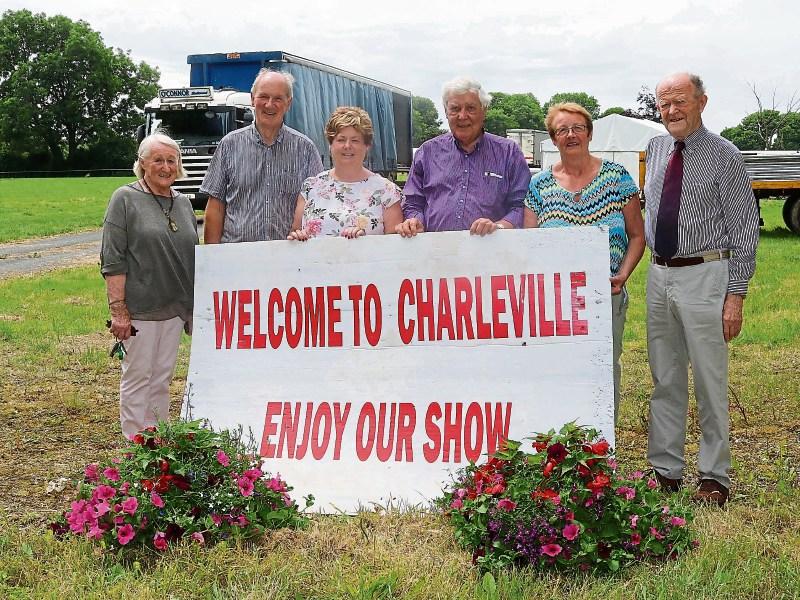 THE SHOWGROUNDS in Charleville will become the epicentre for farming life in Munster this weekend when crowds gather from all over the province and beyond for the area’s famous two-day show.

In excess of 20,000 people will converge on the grounds on Saturday and Sunday where they will sample a range of activities.

“Everything is going great. It looks like the weather will  be in our favour. We have looked at the long-term forecast. It mightn’t be as warm or as sunny as this now but it’s looking good,” explained Billy Biggane, PRO and trade stand organiser.

“We have Robert Mizzell who is a big attraction this year - horses, cats and sheep. It would take a day to see everything properly.”

Entries have been pouring into the Charleville Show office for this year’s event which, organisers say, is a great indication of the variety of classes it has to offer and also the very attractive prize money given in all the classes.

“Around 20,000 attended last year and the hope is that it will be bigger and better this year,” said Billy.

“This is an indication of the huge range of activities that go on at the show which makes it so attractive. It is a real family day out with something to interest every member of the family,” Billy added.

The show has been going on for 38 years and Billy has been involved since day one.

“In the eventing section this year there are new events. It is the anniversary of 100 years of Ford in Ireland and they are doing a special Ford event. We are fairly independent of weather,” said Billy of the show which will be opened by Minister for Agriculture Michael Creed.

Among the attractions are the dairy, beef, sheep, horse and pony sections, arts and crafts, best dressed lady and children’s competitions.

In recent years, sheaf tossing has become a big part of the show and has been continuously going from strength to strength. The show has been lucky to attract quality throwers from all over the country, who have shown great strength and technique in this sport.

This event will take place on Sunday starting at 1pm.

Four arenas will be buzzing with activity on Saturday with show ponies, show hunter ponies, working hunter ponies and mares/youngstock being put through their paces for a varied team of judges from both England and Ireland.

Both open and novice ponies will be exhibited and they have added new classes to hopefully entice new participants and expand the schedule to cater for all.

Please see the full schedule on www.charlevilleshow.com. Championships will be held in each of the arenas with a variety of cups and prizes on offer.