#LiveableLimerick: Council's plan is safe, but not 'boldly going' where we need it to 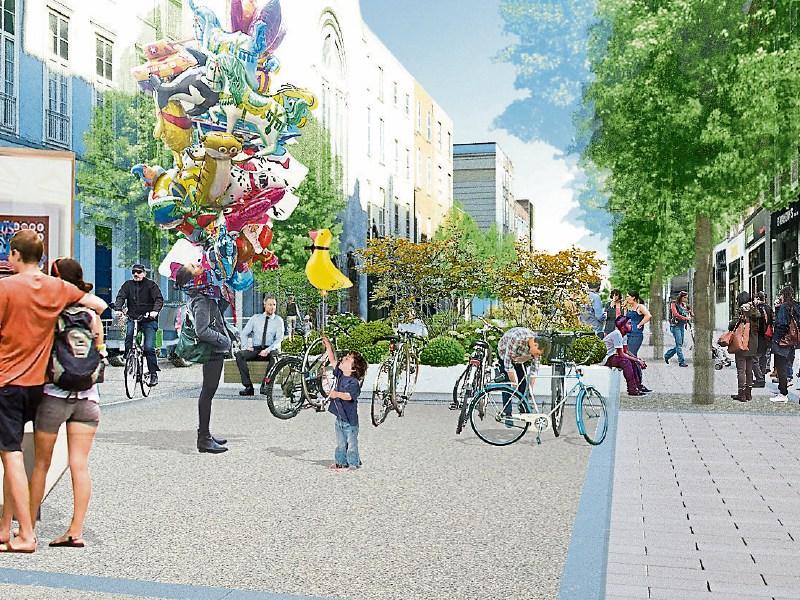 SO, the waiting is over. The council's design team’s preferred plans for #LiveableLimerick are here.

Credit where credit is due. It is better than the present, a motorway cutting our historic city in two.

Credit also to the team for bravely reaching out to listen to peoples’ views. Credit for the new elements introduced to take these into account.

But Limerick deserves the BEST design as it moves to being one of Europe’s best mid-size cities – not just a “good enough” option.

To reach our new ambition, we want everyone in Europe and beyond saying “Wow! How amazing is that!”

I have to confess a sense of a missed opportunity for our city. The plans do not go boldly where no one has gone before – which many of our councillors were so admirably publicly exhorting.

Our city as we learned this past week despite all of the recovery still tops the unemployment hotspots league. That is not acceptable.

Only real visionary new thinking will dislodge us to the other end of that table.

On his way to see the plans, Paul O’Connell who knows what brave looks like, hoped the designers “don’t play it safe”.

I myself had hoped to look at the plans and see – exciting – bold – daring – fun – visionary – inspiring. A real destination all along the central main spine of our city.

What I see is functional - underwhelming – indeed much of what you could call “safe”.

Walking around superb transformed public spaces in Copenhagen on Tuesday night, after looking at Limerick’s plans, I feared no one in Europe will be writing about the bold innovative new plans for Limerick’s main street.

In the improvements there is a little bit of trying to help everyone but there is a but for most too! Is that much compromise the right direction?

There’s a “bit” and a “but” for public transport advocates, cyclists, pedestrians, those who fear the rain and even the cars still demanding the right to use the street or its cross junctions as a shortcut to get to their destination.

The final plan could do more to remove some obvious buts.

I heard references to needing to spend the resources mainly at one end. I couldn’t disagree. We all said do some very well, rather than all badly. And much of the improvement in the retail area moves in the right direction.

But for me the disappointment really hits in when I get towards Roches Street.

The very image produced is the William Street Mark 2 we so dearly wanted to avoid. The Crescent too is far from the desirable public space we wanted to bookend the street.

Did the lack of budget also force a reduced lack of imagination and vision?

Could the team not propose an ambitious proposition behind which we could gather momentum for increased funding?

A two lane highway still cutting through the middle of our street will do little for the so badly needed reigniting of our Georgian core?

Will the desirability of that historic quarter be aided by loading bays and two lanes of traffic driving outside its main cultural amenity – the Belltable – rather than perhaps a public gathering space for outdoor performances all along that block?

The opportunity is still there to create an urban playground – so that residents and visitors see before their eyes a public space where culture, sport, fun, family, sustainability, values we hold dearly, are available to all not just those who can pay.

We are missing that opportunity.

But all is not lost. The councillors and the team want to hear our views for a final time before they make their decision.

The principles were to put people first.

If we have to, we’ll loan some bits back to cars but for only limited amounts of time. This plan is still the other way around.

We owe it to our kids and grandchildren to whom we will be giving back the city after our time here and to our friends and neighbours still hoping to secure that job which will create their own new future life in our city to give it one last go.

As the Rubberbandits tweeted this week, “We need to start making a bit of noise”.

Use the #liveablelimerick tag. Let's not be complaining when it's too late. This is one of a few steps to move the city into a better place

The #Liveablelimerick moment is still a bit away. It is better but I do not think this is yet our “preferred solution”.

Stay engaged and stay tuned in.