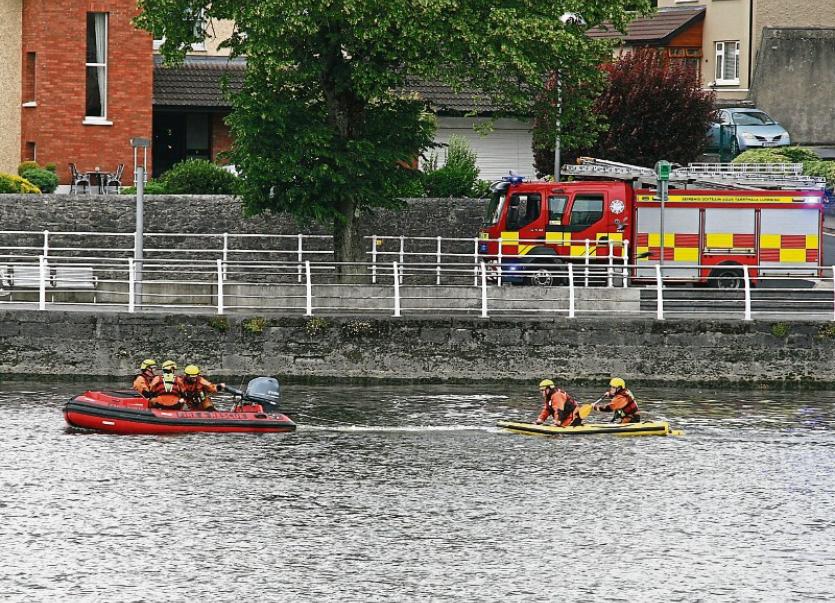 EMERGENCY services in Limerick swiftly responded to an incident in which a person was reportedly about to enter the River Shannon this Tuesday afternoon.

At 3.20pm this Tuesday afternoon, during a training exercise on O'Callaghan Strand, the Swiftwater rescue technicians from Limerick City Fire and Rescue noticed a man, believed to be in his early 30s, sitting on the wall of Sarsfield Bridge in the city.

The Fire Service immediately launched a fire boat, and FireSwift and ground crew firefighters spoke with the man, a source told the Limerick Leader.

Limerick Fire Service said on social media that a captain in a passing boat assisted the rescue crews during the incident.

It posted: "We'd like to commend the captain of a passing boat that assisted our Swift Water Rescue Crews in an incident on Sarsfield Bridge today."

The National Ambulance Service was immediately alerted to the incident and arrived at the scene to treat the individual, who was then taken to University Hospital Limerick. Gardaí were also in attendance.