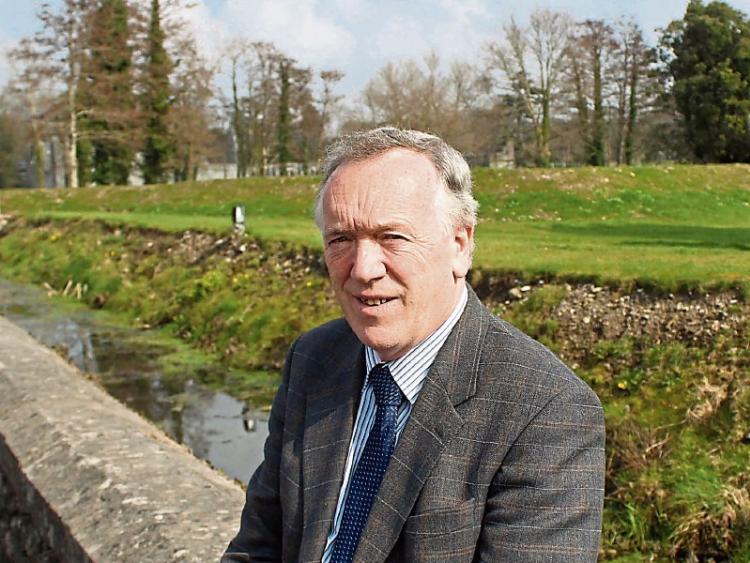 'All citizens in this State should be treated equally': Cllr and mayor-in-waiting Stephen Keary

LIMERICK'S mayor-in-waiting has apologised if his comments in relation to migrants from Eastern Europe being "a major drain on the State" have caused any hurt.

At a recent council meeting, Fine Gael councillor Stephen Keary - the father-in-law of junior minister Patrick O’Donovan - claimed that Ireland is known as "the home for the handouts", in what was described as a "Donald Trump-style rant".

"They see us as easy pickings," said the councillor from Croagh, County Limerick.

"People have come here from Eastern Europe for the handouts. It has become a huge problem here. The substantial rise on social housing and hospital waiting lists is a recent thing."

This week, a Fine Gael spokesperson sought to distance the party from his remarks, as his bid to become Mayor of Limerick City and County looms on Monday next.

"Councillor Keary's comments do not reflect Fine Gael policy. Fine Gael is a committed European party. We believe all citizens of the State should be treated equally," said a spokesperson for the party.

The remarks by Cllr Keary were widely condemned by a number of human rights organisation in recent days.

He has now sought to clarify his comments, saying he was referring to a "tiny proportion of people who abuse our social welfare system.

"I did not set out to discriminate," said Cllr Keary in a statement to the Limerick Leader this Tuesday afternoon.

"All citizens in this State should be treated equally and be allowed access to our services. A small minority abuse the system and some of my constituents in the Adare-Rathkeale municipal area of Limerick City and County Council have relayed their feelings to me on that. That is all I was attempting to say.

"I apologise if my comments hurt anyone. I certainly did not intend to do so. Anyone who applies for State supports and meets the qualifying criteria are entitled to it," he concluded.

Shane O'Curry, director of European Network Against Racism Ireland (ENAR Ireland), said that "these type of comments are easy to make because they resonate with the type of racist myths which sadly persist in society.”

"Unfortunately Cllr Keary’s comments risk contributing to a climate in which minorities are targeted for discrimination and even racist violence. These attacks have rightly been widely condemned by the people of Limerick who do not share Cllr Keary’s views," said Mr O'Curry.

Leonie Kerins, director of Doras Luimni, the Limerick-based support group for all migrants living in the Mid-West, said she was "surprised and disappointed" by his comments.

"There is no evidence to support the councillor's comments. There are strict conditions to be met for anyone to access social welfare and social housing and these conditions effectively prevent the type of welfare tourism that Cllr Keary is describing.

"We would urge all those in positions of public office to avoid scape-goating migrants and instead work together toward an inclusive Limerick where diversity is celebrated," said Ms Kerins.

Labour councillor Elena Secas said the comments were unacceptable and an insult to all immigrant communities in Ireland.

She said she believes Mr Keary is unfit to become mayor of Limerick because the person who holds this office should be “inclusive and representative” of the entire community.

“I strongly condemn these racist comments and believe that all immigrant communities in Limerick and across Ireland are owed an apology,” said Ms Secas.