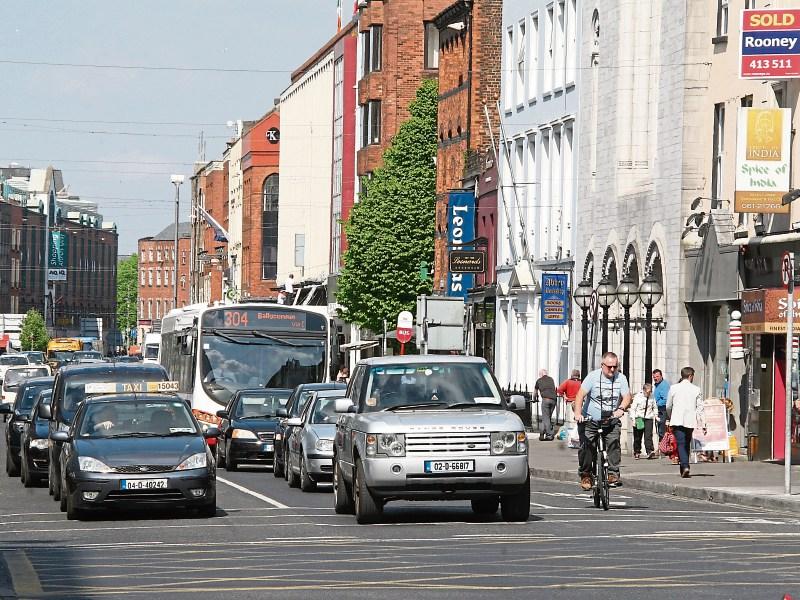 Limerick's main thoroughfare is set for an overhaul, with the council to present a preferred option this Tuesday Picture: Adrian Butler

MUCH vaunted plans to revitalise O’Connell Street may not see cars banned from the main thoroughfare, as first mooted.

Limerick City and County Council will this Tuesday unveil its preferred design for the €9m project, after councilors were briefed.

And while there will be more space for pedestrians, the local authority’s preferred design will see one car lane remain in place, travelling from the Denmark Street junction outbound from the city to the O’Connell Monument. There, it is envisaged, a public plaza will be constructed.

It will be a shared surface with cyclists.

But the blueprint has been strongly criticised by local members – who confirmed the council is plotting the lane.

“I think sometimes we tend to compromise and we don’t do one or the other. We either go all out pedestrianisation or we don’t. This model would undermine the pedestrianisation thinking process, as we'd have all these junctions now going up along O’Connell Street, with Roches Street, Mallow Street and Glentworth Street.

"You’d have traffic crossing what should be a pedestrian area,” he said.

Cllr Malachy McCreesh added: “Pedestrianisation was what we all hoped for.”

Both members said a traffic management plan is required if a single car lane is to be introduced.

The council will display its preferred plan this Tuesday afternoon between 4pm and 7.30pm at its offices in Merchant’s Quay. It is inviting submissions on the proposals up to Friday.

After this, a formal part eight planning process will take place. It’s anticipated that construction work will commence on the redesign by next summer.

There has been a huge public reaction to the plans – funded locally and from Europe.

It follows alternative plans put forward by economist John Moran in last week’s Limerick Leader. There have been a large number of Tweets using the hashtag #LiveableLimerick which has trended nationally.