Fond memories: Young men had incredible bond with life-long friend who was diagnosed with cancer 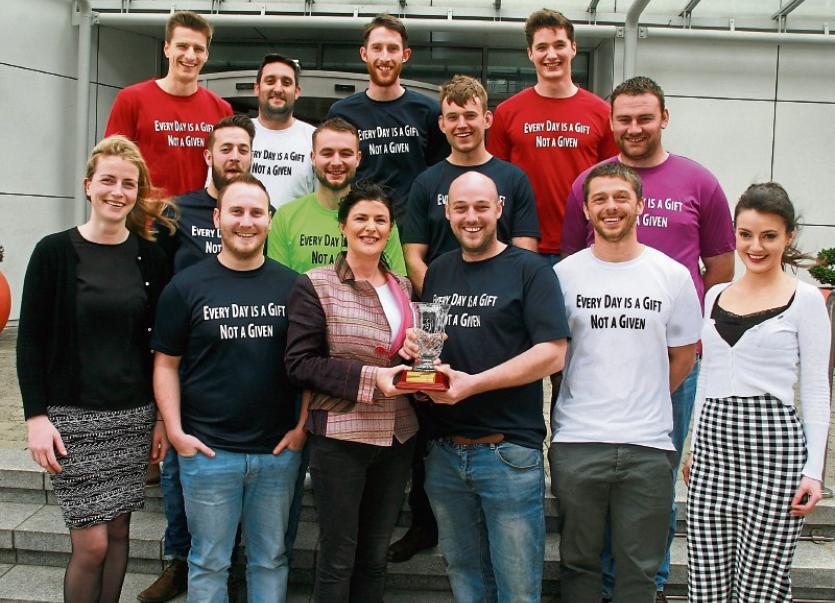 Mary O'Riordan presents the award to the group along with Kate Tiernan of the Clayton Hotel and Aine Fitzgerald of the Limerick Leader - below, Shane Lee

THE HEARTWARMING story of an incredible bond between a group of young men and their terminally ill friend has captured the hearts of their local community  - and has seen them named the Limerick Persons of the Month.

In September 2010 Shane Lee from Castleconnell was diagnosed with a rare type of cancer, Ewing's sarcoma, which was localised in his lung. 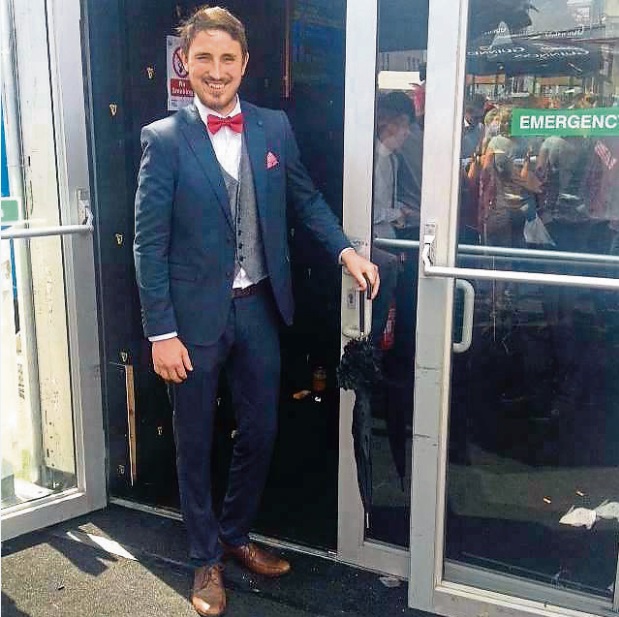 When Shane was first diagnosed the group kept his wish that it would not be common knowledge until Shane was ready.

An unspoken loyalty had been forged many years previous in the grounds of Castleconnell National School when the core of the 30-something strong group of friends ventured out into the world.

Having received the all-clear on two occasions, Shane passed away at home peacefully on July 25 of last year surrounded by his family. He was aged just 26.

This week, 11 of the group came together at the Clayton Hotel where they reminisced on their special friend, on receiving the Limerick Persons of the Month award. Many more were unable to attend but, as those present stressed, they were just as dear a friend to Shane.

“No matter where we went, even if there were just two other people in the bar, Shane would make it feel like there was 100 people there,” smiled Aidan Ryan.

A sports fanatic, Shane was in his element supporting Munster in Thomond Park or the Limerick hurlers at the Gaelic Grounds.

“Even if it was a Friday night fixture against nobody in Thomond Park, he would get everyone in form for it,” recalls Finbar Aherne.

The second time he received the all-clear Shane travelled to Australia for the last Lions tour and met up with many of the group.

Many times when Shane’s parents Kay and Frank and brother Francis went to visit Shane in Milford they could hear the laughter and the chat from down the hall as they approached his bedroom. It always lifted their hearts.

During Shane’s last week those who were away on holiday and  living in Canada and Australia came back home to spend some time with him.

When Shane lost his hair some of the young men even shaved their heads. A touching display of solidarity.

“He never complained - throughout all the pain and procedures he went through, not once did he complain,” adds David Neville.

After his passing, each of the group wrote down a little message on a betting slip and dropped them down onto his coffin when he was being buried.

Since Shane’s passing the group have been determined to keep his memory alive.

In their younger days the boys used to play in a soccer tournament at Gearoid Hayes’ house every summerl. It was called the Bog Cup. On December 30 last, the date of Shane’s birthday, a group of around 40 got together for the Bog Cup fundraiser.

“I got it into my head to do a memorial bench for Shane across from his shop [Daly’s Cross Service Station] in Castleconnell,” says Gearoid.

T-shirts were printed for each team with Shane’s motto,  Every Day is a Gift not a Given.

The bench which will be engraved with Shane’s name and will be surrounded by a wall of flowers is to be unveiled on the evening of Shane’s anniversary on July 25.

“He always put a positive spin on everything,” recalls Eugene Cush.

“Anytime you tried to talk about his illness he would talk about something else. He sheltered us from a lot of stuff.”