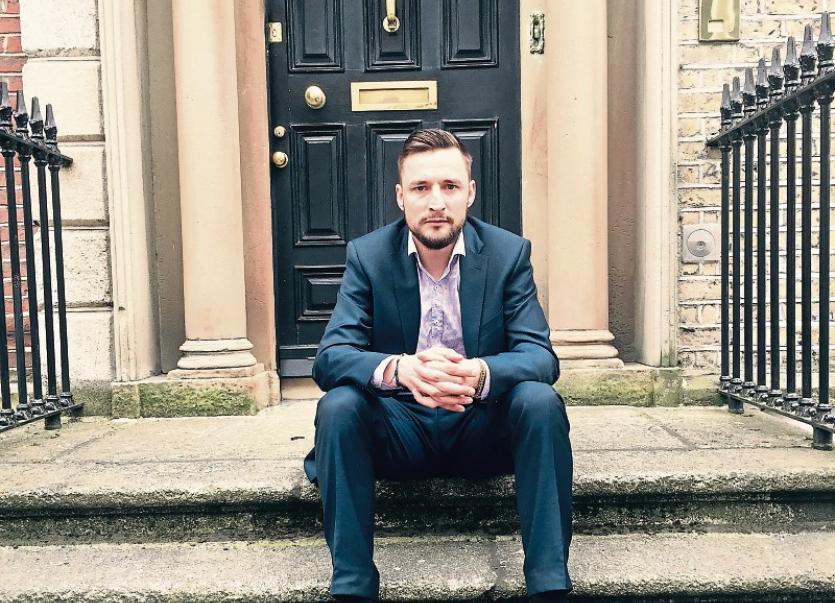 James Heffernan: Contesting public order charges in connection with his arrest for walking into a crime scene in Dublin’s Temple Bar

A BENCH warrant for the arrest of former senator James Heffernan was issued when he failed to appear before Kilmallock Court on Tuesday.

Mr Heffernan, whose name was listed in Irish – Seamus O’Hifearnain –  failed to appear at the local court.

The former general election candidate is accused of failing to appear at Kilmallock Court on March 14 last.

On June 8 it was reported that the Kilfinane man is to contest public order charges in connection with his arrest for walking into a crime scene in Dublin’s Temple Bar.

The 37-year-old was arrested on the night of March 10, 2016, in Temple Bar square where gardaí had set up a perimeter following an unrelated serious assault.

Mr Heffernan of Main Street, Kilfinane was released without charge later that night but a summons was subsequently issued. He was scheduled to appear at Dublin District Court on Thursday.

One charge is for failing to leave the area in a peaceful and orderly fashion after being directed by a garda.

The second charge is breach of the peace by engaging in threatening, abusive and insulting words or behaviour.

When his case was called on the morning of June 8 last, Mr Heffernan was absent and a bench warrant was issued for his arrest.

About an hour later Mr Heffernan turned up to court and his solicitor Brian Keenan said his client had earlier been making his way to Dublin from Limerick.

On Thursday evening, Mr Heffernan appeared at a later sitting of Dublin District Court over an older bench warrant.

He was charged with failing to appear in court in Limerick on May 19 last.

There was no objection to bail and Judge Jones ordered him to appear again on this charge on June 23 next.