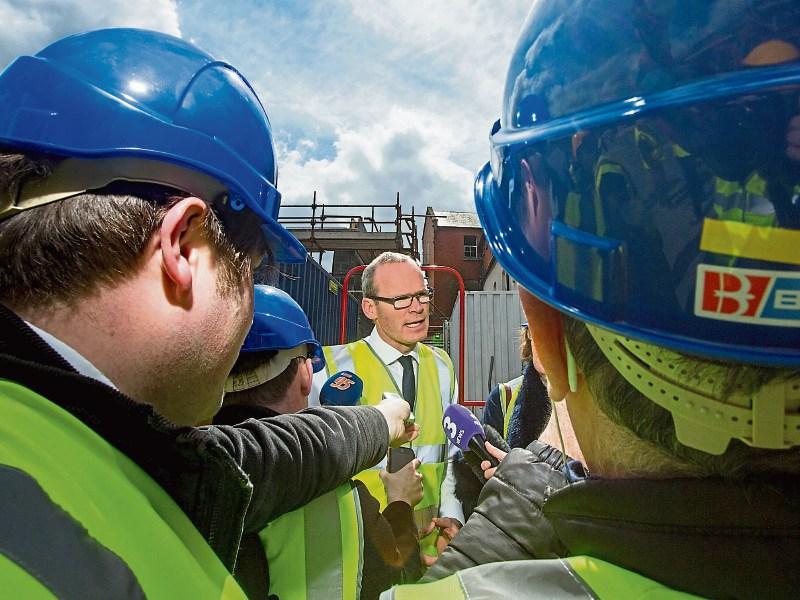 LIMERICK city still has the highest number of unemployment blackspots in the country, a new CSO report has revealed.

According to Census 2016 figures released by the Central Statistics Office this Thursday afternoon, there are 18 unemployment blackspots in Limerick — twice as much as any other region in Ireland.

The John’s A electoral division is, by a large margin, the worst blackspot in the country, with a glaring unemployment rate of 58.3% — an increase 1.5% since Census 2011.

Galvone B, Ballynanty, Abbey C, Prospect B, and Glentworth C are next on the list of Ireland’s worst unemployment blackspots, with unemployment rates ranging from 40.2% to 45%. 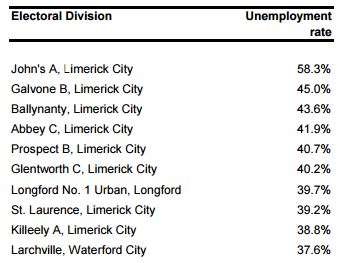 Rathkeale is the only Limerick county area with an unemployment blackspot, of 31.1%, a large decrease on 2011 figures at 39.3%.

“This paints a grim picture of the unemployment problem in many parts of Limerick, which is not being reflected by government statistics.

“Although jobs are being created, it is clear some areas are benefitting while others continue to suffer from a lack of jobs and opportunities.

“The average unemployment rate in these areas in Limerick stood at 35.7%, miles apart from the national average of 12.9% outlined in the Census.”

The 300-page report stated: “An examination of the local economic environment provides a stark reminder of the challenge that exists, particularly in the regeneration areas.”

It added that the ability to address the unemployment problem in the city is key to the delivery of the Regeneration plan. Since its inception, Regeneration has spent at least €260m in St Mary’s Park, Moyross, Southill, and Ballinacurra-Weston.