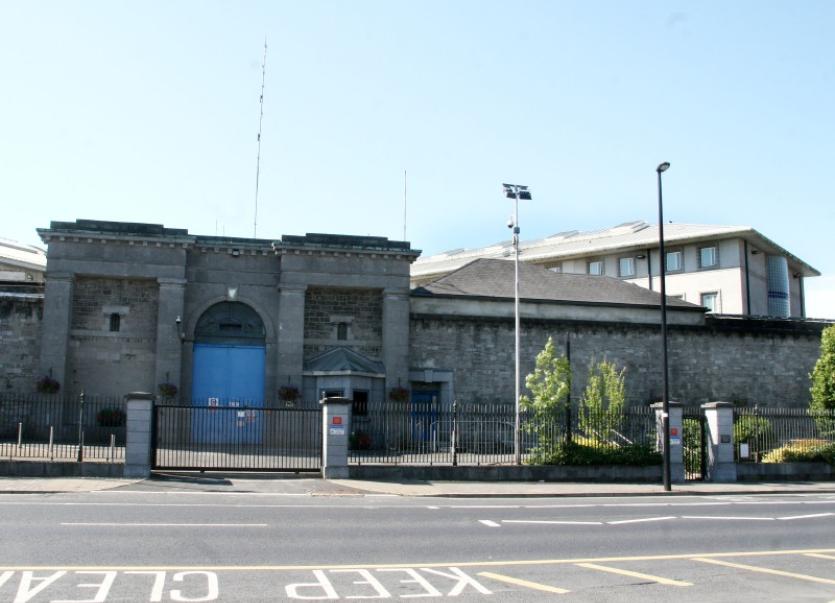 A BAIL bond of €10,000 which went missing from a safe in Limerick Prison nearly two years ago remains unaccounted for, following two separate investigations by An Garda Siochana and the Irish Prison Service.

The money disappeared from the safe in the offices of the Mulgrave Street jail in August 2015, and its disappearance was only discovered in December – four months later – following a financial review of the prison’s accounts.

The Irish Prison Service has now confirmed to the Limerick Leader that an independent forensic review of this incident concluded that it was “not possible to explain with certainty how the money was lost or misappropriated”.

The Prison Service said a garda investigation is also complete and they returned a finding of no evidence on any criminal wrongdoing.

A garda spokesperson also confirmed that no arrests have been made following the conclusion of their own investigation.

Fianna Fail deputy Niall Collins, who has received a dossier of allegations from a whistleblower in relation to Limerick Prison, described the disappearance of the money as “bizarre and unbelievable.”

“That €10,000 can go missing, and presumably stolen, whilst under the control of the prison shows a real lack of internal controls, which urgently need to be reviewed and radically altered,” said Deputy Collins.

Members of staff at the prison who were rostered to work on that day were interviewed by the authorities, amongst others, and an extensive search was carried out for the missing money in various files in the office.

It is understood that the CCTV system did not cover the general office at that time, as it is not accessible to prisoners.

The Prison Service said that “significant changes” have been made to improve the security of this area in Limerick Prison, including a security review of safes and locks in general offices.

Locks have been changed on safes, there is a tighter management of access to keys, and money boxes have also been replaced.

In addition, the Prison Service said that a review of administrative staffing levels has been completed and implemented, and there has also been a review of standard operating procedures.

As a result of the incident in Limerick, the Prison Service has introduced month-end prison visits to review cash count procedures across all prisons within the State.

The area where the money was held in Limerick Prison is not accessible to any inmates, even those on enhanced regimes for good behaviour or those with duties that would allow them movement through other areas of the prison.

It is normal practice for cash to be held at the general office of the prison as bail money, and anything up to €60,000 is paid in to prisons to secure the release of remand prisoners.

In cases where a prisoner has been granted bail, the money can either be lodged with the clerk of a court district or with the prison authorities before a release from custody is permitted.

Separately, eight officers in Limerick Prison currently remain disciplined for a number of offences, according to figures provided by the former Minister for Justice and Equality Frances Fitzgerald.

Five officers have been disciplined for discreditable conduct, one officer for making a false statement, and two for a breach of social media policy.

These cases do not relate to the missing bail bond.

“Sanctions for breaching the code of discipline can include deferral of increment or sanctions up to and including dismissal,” said a prison spokesperson.

“The findings and results of these cases will not be made public.”

Discreditable conduct can include borrowing money from an officer junior in rank, lending money to a superior officer, or acting as a guarantor or as surety for any officer of the Prison Service in respect of any monetary loan or other transaction.

The offence also includes acting in a disorderly manner, consuming intoxicating liquor or using drugs, using obscene, abusive or insulting language, assaulting a member of the prison service, or smoking in a prohibited area.

Meanwhile, deputy Collins said he hopes to raise issues in relation to Limerick Prison in the Dail next week, following receipt of a dossier.

A whistleblower’s dossier containing allegations of theft, fraud and tax evasion at Limerick Prison was sent to the now former Minister for Justice Frances Fitzgerald, the Public Accounts Committee and others to highlight certain employees alleged to have “defrauded the State”.

A number of individuals amongst the prison’s staff of 194 employees are also named in the document, which was written on Irish Prison Service-headed paper.

The Prison Service confirmed it has “received allegations of improper conduct at Limerick Prison”, which are under investigation.

Examples of alleged tax evasion and employees drinking in a public house during work hours have also been highlighted by an unnamed whistleblower.

The whistleblower alleges that some staff within Limerick Prison are “committing theft, fraud and tax evasion on a daily basis, yet nothing is done to them.”

Among the other allegations concern employees – described as “untouchables” within the system - who use prison vans for their own personal use outside of work hours, while using the prison fuel card.

The whistleblower claimed that some staff “come and go as they please to matches in Thomond Park, or the Gaelic Grounds while they are still getting paid to be in work and nothing is being said to them.”

“We are sick and tired of what is happening in Limerick Prison and we beg you for help,” he wrote.

Chairman of the PAC, Fianna Fail deputy Sean Fleming said they have received correspondence on the case, which they forwarded to the Prison Service.

Deputy Fleming said they are awaiting a response from the Prison Service and will determine their position then.

He said they are “very concerned” by the variety of allegations outlined in a five-page report, which was printed on Irish Prison Service paper.

Among the spending allegations raised was the amount spent on television sets.

The Irish Prison Service confirmed that a total of €132,677 was spent on televisions between 2012 and 2016, with 780 TVs purchased in that period for Limerick Prison.