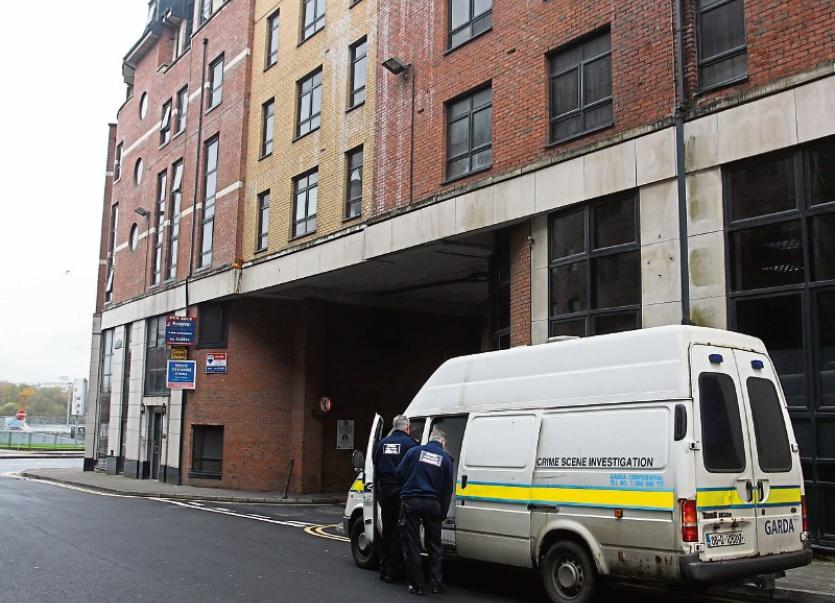 AN INQUEST has heard that a woman accused of murdering a pensioner in Limerick attempted to gain re-entry to the crime scene and sent “gardai on a wild goose chase” during their investigations.

Patrick Redmond, a 65 year-old father of three from Dublin, was stabbed in an apartment at Mount Kennett, Dock Road, Limerick on November 10, 2013, and died several hours later from his injuries in University Hospital Limerick.

Mary Lynch, 41, with an address at Cecil Street, Limerick, and originally from Carlow, was charged in January 2015 with his murder and sent forward for trial to the Central Criminal Court in April 2015.

However, before the trial went to hearing, Ms Lynch died as a result of suicide by asphyxiation on September 7, 2015, while observing bail conditions set out by the High Court.

An inquest into the death of Ms Lynch, who was pre-deceased by her two children, was heard at an earlier date.

At an inquest into Mr Redmond's death, gardai told Limerick Coroner's Court this Tuesday that a blood stained knife with a 20cm blade in the cutlery drawer in her kitchen matched that of the deceased, and "could have been used to inflict the wound."

Sergeant Patrick Brennan of the Regional Support Unit was on patrol in Limerick that night and attended the scene at 105 Mount Kennett Apartments on the Dock Road, where he found Mr Redmond unconscious and lying in a pool of blood.

The court heard that the deceased lived in No 113, but he was found in No 105, where Ms Lynch had resided at that time.

Sgt Redmond said that Ms Lynch told investigating gardai that she believed his injuries had occurred in his own apartment and that the culprits were still there.

Gardai found that the front door of his apartment was locked, and retrieved a door breacher from the Regional Support Unit vehicle.

When gardai entered the apartment they found no evidence of any struggle in his own apartment. Both apartments were then designated as crime scenes.

Ms Lynch told gardai that Mr Redmond had called to her apartment “looking to stay the night” and she agreed to allow him stay.

She said she only saw that he was bleeding after he fell to the ground, called an ambulance and tried to stop the bleeding using a towel.

When gardai picked up a knife found in her apartment, she told officers: “Everything here is clean.”

Sergeant Viv Downey, of Henry Street station, who was called to the scene of an alleged stabbing, noticed that Ms Lynch did not have any blood on her hands.

She told Sgt Downey that she had washed them prior to their arrival at the scene, and that she believed a number of his relatives were responsible for his injuries.

He said she became “verbally abusive and visibly annoyed” when gardai asked her to leave the apartment, but she eventually agreed to attend Henry Street station, taking some footwear and medication with her.

Sgt Downey advised her that she was not under arrest, and made tea for her in the interview room.

She was asked to stay seated in the public office after the interview was terminated at 4.50am, but Sgt Downey received a call from another colleague informing him that she had returned to the apartment and attempted to gain entry to the crime scene.

Mr Redmond was pronounced dead at 7.50am.

The deputy State pathologist Dr Michael Curtis, who conducted the post-mortem examination, found a stab wound measuring 13cm to his right side.

Dr Curtis noted that his ability to survive by compromised by a pre-existing heart disease.

Coroner John McNamara told the jury “clearly this is a case of unlawful killing, though no one has been convicted.”

The jury recorded a verdict of unlawful killing in accordance with the medical evidence, as a result of a stab wound.

“He didn't deserve to die in such a fashion, and in such traumatic circumstances,” said Mr McNamara.

The coroner, members of An Garda Siochana and the jury expressed their condolences to the family.