Bubble Tea Paradise in Limerick city in the dock over cladding 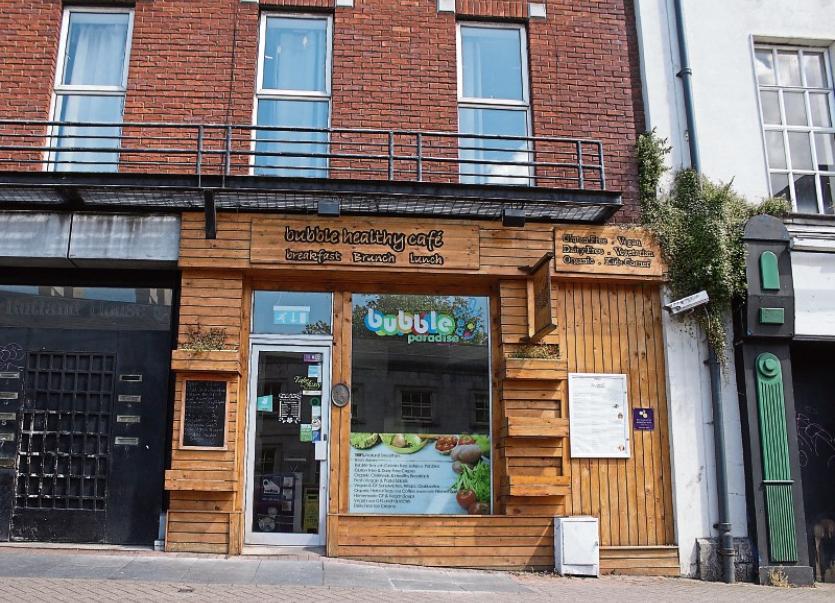 The company behind Bubble cafe was fined €1,000

THE company behind a cafe in the city centre has been fined €1,000 for breaching planning regulations.

Limerick City and County Council initiated legal proceedings against Bubble Tea Paradise Healthy Cafe Limited after it failed to remove timber cladding from the front facade of the premises it operates from.

Judge Marian O’Leary was told the building – which is located directly across from the Hunt Museum – is a protected structure and that the company did not have permission to erect the cladding.

Solicitor Will Leahy, representing the local authority, said an Enforcement Notice was served on the defendant company on December 1, 2015 requiring it to restore the facade to its original state.

Limerick District Court was told the proceedings have “been in system” for some time as the proprietor of the business – a non-national – had indicated that he wished to apply for planning permission to retain the cladding.

Mr Leahy said while the defendant did contact Limerick City and County Council a planning application has not been lodged to date.

He added that he was of the view there was a “slim chance” of any application (for retention permission) being successful given the protected status of the building.

The company was not represented in court and urging the court to finalise matter, Mr Leahy said inquiries carried out by the council indicated the premises was closed.

After formally convicting the company, Judge O’Leary imposed a €1,000 fine.

She also ordered that it pay the costs of the local authority which totalled €2,916.23.

The judge also issued a court order requiring the defendant company to comply with the terms of the Enforcement Notice within a month.

Failure to so, Mr Leahy said, could result in the imposition of additional daily fines