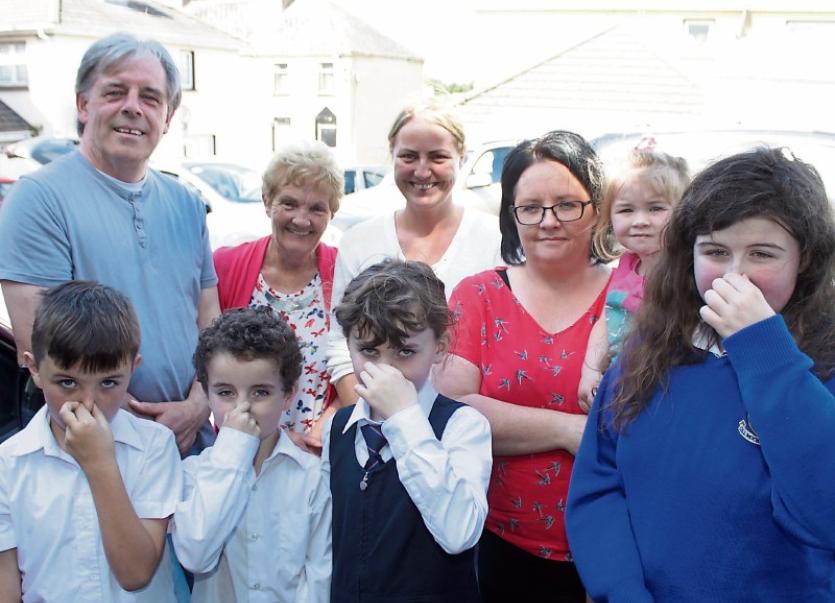 IRISH Water is to investigate an odour issue in Kilmallock that gets so bad it has cleared a pub and forced residents out on the street.

Cllr Mike Donegan, who raised the matter at a Cappamore-Kilmallock municipal meeting, said it is a public health issue.

“It affects around 20 houses and a number of businesses on Wolfe Tone Street. The foul smell came in the door of a pub one night and it was unbearable. It is a huge inconvenience,” said Cllr Donegan, who has been calling on Irish Water to do remedial works.

Following a query from the Limerick Leader, the national water utility said they have approved funding to carry out investigative work into the source.

“This work is due to get underway in the coming weeks. When the contractor has completed this investigation and subject to the outcome, a further assessment will be made to determine what, if any, additional work is required to resolve this issue.

“We would like to assure residents and business owners in Kilmallock that we are working to resolve this issue as a matter of priority,” said a spokesperson.

Libby Maguire, who lives on Wolfe Tone Street, says the dry spell over the last six to eight weeks has compounded the problem.

“It’s 100% sewerage. It is scandalous. I have a manhole cover directly outside my door so it’s coming up there. That's how it comes in the door but it’s also coming in through the sink and the washing machine. It’s absolutely chronic, and I mean chronic,” said Libby, who has two children, Robbie, aged 9, and Millie, 2.

It happens, on average, about two or three times a week and dates back to around 2010. It did die down for a while but recently it has returned with a vengeance, she said.

“There was ​a Sunday night about six or seven weeks ago – it got so bad that we were all out on the street at 10 or 11 at night. There was a good few local residents. We all descended on the street at the same time. We had to leave our houses, it was that bad. In saying all of that, for some unknown reason, it never comes up the stairs of the house,” said Libby, who loves her house but hates where it is located.

“I have a lot of money put into my council house but because of this smell I hate the positioning of it. It’s terrible to be living with it and it’s very embarrassing if you have any visitors.

“The smell starts to rise and you can see the eyes moving. They're thinking 'Oh my God what's after happening here' and you have to explain the whole thing to them,” said Libby, who adds that the stench can last up to 40 minutes.

“It depends how fast you open your doors and windows. If I come home and it’s in the house you're talking a good 40 minutes before it’s gone as it is stuck into everything.”

Libby is one of the members of Wolfe Tone Street residents association, which is logging the times and dates of the odour and informing Irish Water.

Cllr Donegan said there are a number of schools of thought regarding the cause.

“A pumping station, designed for a housing estate with 150 houses, was built but only around 20 houses were constructed. It is designed for a larger volume. It is supposed to pump frequently but it is not pumping frequently enough, that is my understanding,” said Cllr Donegan.

Another possible reason is when the new treatment plant was built in Kilmallock a new network was due to be completed as well.

“There was supposed to be new pipes for the sewerage down through the town - that never happened due to the Celtic Tiger crash,” said Cllr Donegan. But whatever the problem he wants it solved.