Scoil Mocheallóg invites public in for a glimpse at facilities 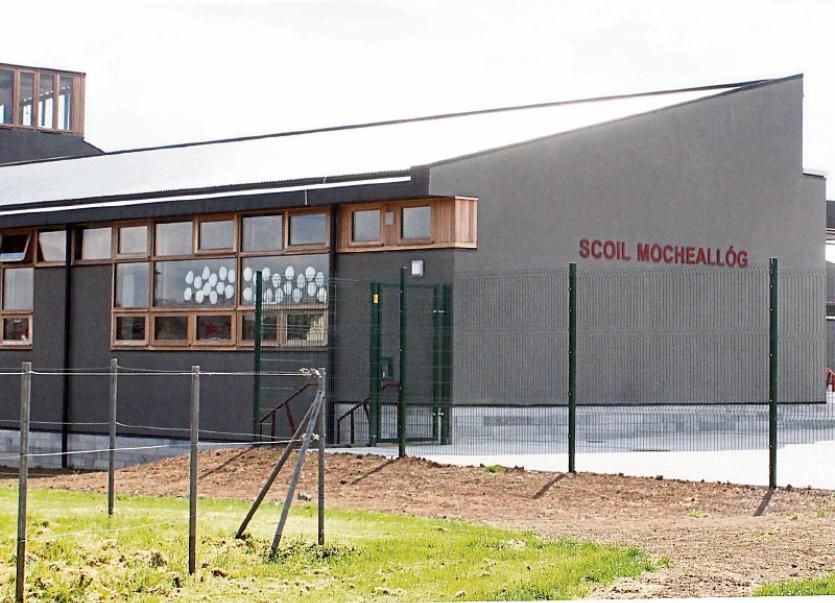 MEMBERS of the public will get the chance to take a tour of the state-of-the-art new €8m primary school in Kilmallock this Sunday.

“Everyone is invited for the open day to view our magnificent new building,” said Michael O’Connor, principal of Scoil Mocheallog.

A special souvenir book entitled Scoil Mocheallog a New Beginning will be launched to commemorate the opening.

“This book will be of great interest to all those who have attended the Kilmallock schools in the past.  It contains many articles, photographs and the names of all pupils on the roll books over the past 50 years.  It certainly will bring back many nostalgic memories,” said Mr O’Connor.

A specially commissioned Atlas gel pen with the school logo and name will be on sale on the day.

“The book and the pen would make an ideal gift for parishioners abroad,” said Mr O’Connor.

The new €8m school which caters for over 300 students opened its doors to pupils after the Easter holidays.

The school includes 16 classrooms, six resource and learning support rooms - special education rooms, and a specially designated state-of-the art autistic unit. There are in the region of 30 staff including 20 teachers, six SNAs and other ancillary staff.

There is also a new facility which is specific to students with a diagnosis of autism.  Leading out from this area is an outside enclosed play area featuring a wet core with soft impact ground which was financed by the board of management.

A basketball court and other play areas are currently under construction.

At the front of the school there will be a drop-off area with parking spaces for 35 cars while the remaining front area of the school grounds will be landscaped.

The entire project is expected to be completed by August and the campus, which is located on three and a half acres, is due to be handed over before the new school term in September.