Verses of the Quran wrapped in bacon sent to Limerick mosque

Attacks: Windows broken and carpets urinated on at city place of worship 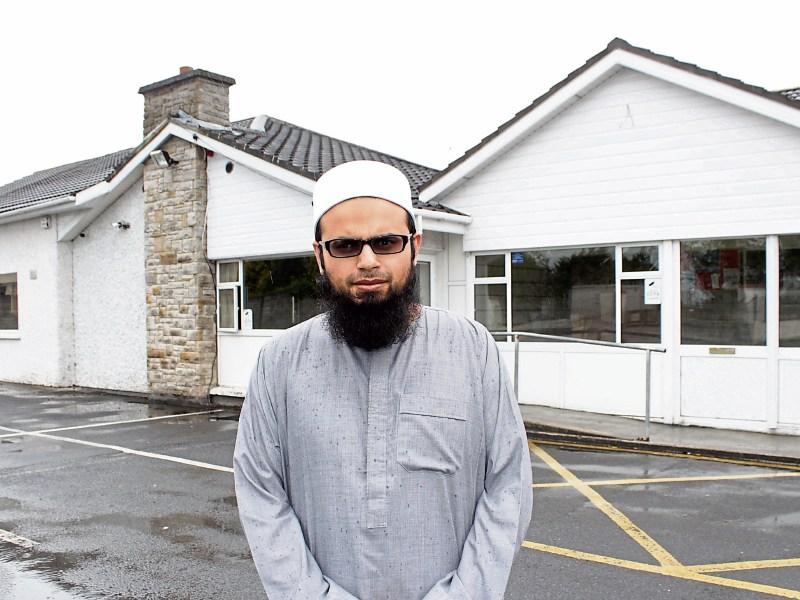 Khalid Ghafour, of the mosque in Dooradoyle, which has been broken into and vandalised Picture: Michael Cowhey. Below, Maikel Kakar, third left, at the Quik Pick mini-market Picture: Adrian Butler

A MOSQUE in Limerick received verses from the Quran wrapped in slices of bacon in the post, following the rise in terrorist attacks worldwide claimed by the so-called Islamic State.

The Imam, or head of the centre, did not wish to disclose its location in Limerick out of sensitivity to those who pray at the mosque and who have not been made aware of a number of threats made.

He said they also now fear further reprisals against the Muslim community, following acts of vandalism at other mosques in Limerick and in Galway.

The mosque in question also received several “very offensive items” sent in the post, including images of the Prophet Mohammad in the post - with a bomb in his turban.

The Imam did not report these incidents to the gardai, nor were they committed in the aftermath of the terrorist attacks in Manchester or London.

Separately, Imam Khaled Ghafour, of the mosque in Dooradoyle, said they too have been broken into and vandalised on three occasions in recent times, which he had not highlighted previously.

On one occasion the perpetrators urinated on the carpet, which he said was the “worst incident” they have suffered.

Its windows have been broken on several occasions and items in the mosque have been smashed, he added.

They have since installed CCTV cameras and reported a series of incidents to gardai.

Imam Ghafour said prayers were immediately offered in the mosque following the terrorist attacks in Manchester and London in recent weeks, in which 30 people were killed.

“For people to commit these atrocities, especially in the month of Ramadan, which is meant to be a month of mercy, these people have no understanding of Islam at all.

“People shouldn’t fear Muslims. I always give people the example of the IRA attacks in the UK, when Irish people were looked in the same light [as terrorists]. I would have thought Irish people would be more understanding. Not all Muslims are terrorists, and neither were all Irish people," he told the Limerick Leader.

Imam Ghafour said “fears are always there” of a backlash against the Muslim community, but it does not take a terrorist attack in the name of Islam for Muslims to be targeted.

“The people who committed these attacks are not martyrs; it’s not a noble cause that they have somehow construed in their minds. They are dying for nothing. What has happened has tarnished all Muslims. We are living in a terrible time. As a Muslim, this saddens us all,” said the Glaswegian native, who moved to Limerick 12 years ago.

Businessman Maikel Kakar, who fled Kandahar in Afghanistan as a refugee, said he now is forced to endure daily verbal abuse in his shop on Henry Street in Limerick city, and as a taxi driver, in light of recent terrorist attacks. 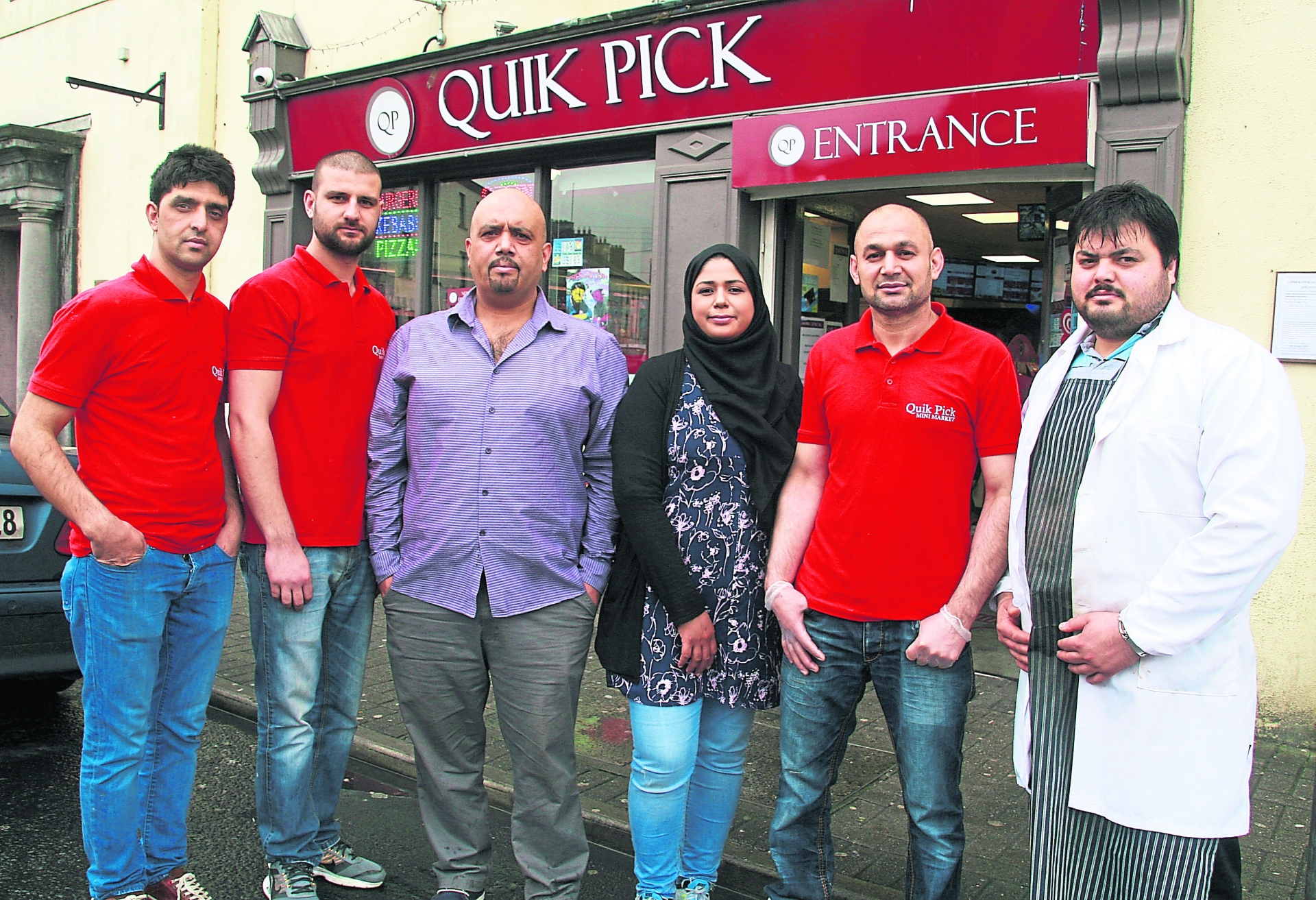 The father of seven said he also felt forced to shave his beard in an attempt to receive less abuse on the streets of Limerick.

“I am asked: 'Where's the [suicide] vest? Is it in the boot? Where's the switch? I have to turn the music on in the taxi, or try to laugh it off and change the subject. It happens on a daily basis unfortunately, but I have to stay calm. It is frustrating, but we are used to it now and know how to handle it.

“They think anyone with a dark beard or dark skin is Abdullah or Mohammed and we all pay the consequences. The people who committed these attacks are not Muslims. They don't represent us or our religion. They are not humans; they are animals.”

Mr Kakar, 41, runs the 24-hour Quik Pick mini-market, and employs 17 staff, including Muslims, Hindus and Catholics, since it opened in September 2014. He also runs the barber shop next door, employing two people.

“I work hard to put something on the table for my wife and seven kids and to keep my business. I'm not on the dole. I pay my taxes. But I still get abuse. Someone blows themselves up and we all pay. They are killing us, we are killing them, and in the middle, we all get killed. People think we are all the same. But we are not the same; we're different.”

He produced CCTV footage to show one of his staff members being abused in the shop following the attacks, with a young man lunging across the counter shouting vitriol at him.

“He said 'You Paki c***. We are not from Pakistan, and we have nothing to do with what's happening.”

His real first name is Khoushhal, but he changed it to Mikael when he lived in the Netherlands for three years before moving to Ireland.

Imam Abdullah Hassan Jaribu, who came to Ireland as a refugee from Sudan in 2006, of the mosque on Windmill Street, said Muslims are frustrated by being constantly asked whether they condemn terrorist attacks.

“Almost 95% of our community are Irish citizens. Killing a human being - you won't find a chapter in our book on that. What happened is terrible, it's a tragedy, but I feel very frustrated and tired when asked about it. We get on well with our neighbours. They come to our barbeques and our martial arts classes. We don't feel there is any barrier whatsoever between us,” said Imam Jaribu.

Leonie Kerins, director of Doras Luimni, which supports all migrants in the Mid-West, has been made aware of a number of incidents targeted at the Muslim population in Limerick, which have been reported to the gardai.

“Now is a time for solidarity - not scapegoating, and we would appeal to people to be reasonable and recognise that the vast majority of Muslims are peaceful people.  If anyone is suffering any kind of abuse or discrimination, we would urge them to report it to the gardai, or to contact us,” said Ms Kerins.

The Muslim population in Limerick is continuing to rise, in line with national trends, with the number of Muslims in the State increasing by 14,200 over the past five years, a rise of 29%, according to the 2016 Census.