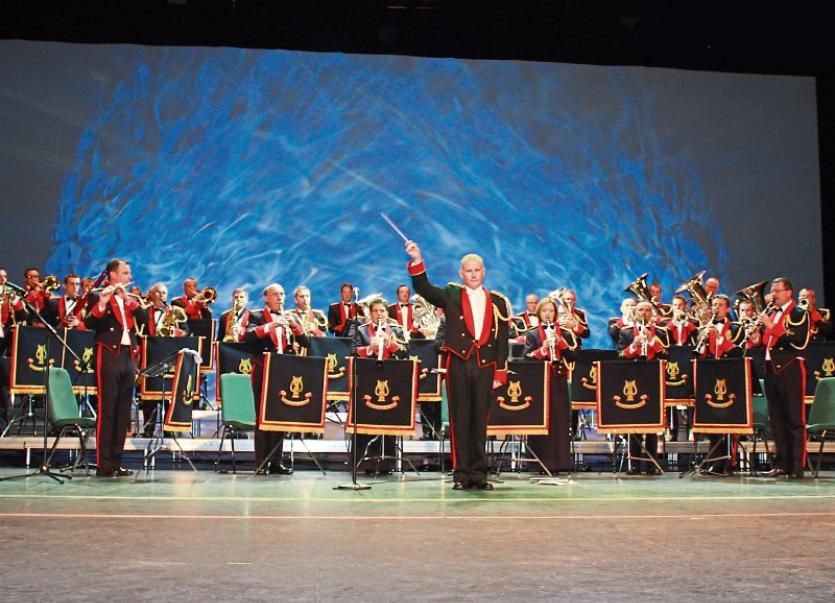 The mighty Military Bands and Pipes of the Defence Forces, under the baton of Captain Brian Prendergast, play in the UCH on June 10

THE mighty Military Bands and Pipes of the Defence Forces will march on Limerick this June for a huge concert.

The Summer Proms event takes place in the UCH and features “an eclectic mix of music” according to conductor Captain Brian Prendergast.

Expect operatic arias, musical theatre numbers and rousing military band tunes – plus John Williams’ Star Wars theme, a Mancini medley including gems such as The Pink Panther, Moon River and Boogie Woogie Bugle Boy, plus Bring Him Home from Les Miserables, Sinatra classics including Fly Me To The Moon and much more.

Joining the band are soprano Mairéad Buicke and tenor Owen Gilhooly for an evening Capt Prendergast hopes will “appeal to everybody”, particularly, we suggest, the Star Wars theme.

“John Williams is 85 this year and rightly Star Wars is considered the best film score of all time. It is one of those big pieces and it sounds great with a military band playing it,” he agrees.

“The Defence Forces Military Bands, we have three of them in the country at the moment, ourselves based in Cork, we have a two brigade band in Athlone and the number one army band in Dublin, which forms the whole Defence Forces school of music.

“On the night we have a mixture of those players coming together, about 65 players on stage, which is a mix of players from all of those bands. It is brass, wind and percussion – we don’t have any strings. So every instrument you can think of that is covered by that, including our pipe band and I know a lot of people like the pipes.”

The band is made up of full time, professional musicians, with Capt Prendergast himself a 37 year veteran of music this year. Of the upcoming concert, he says: “We are hoping that the music will appeal to everybody – it is an eclectic mix, there is some light classical, film music, of course the music of the military and pipe bands, plus a tenor and a soprano, there is just a great mix in there.”