We must truly embrace idea of public transport in Limerick 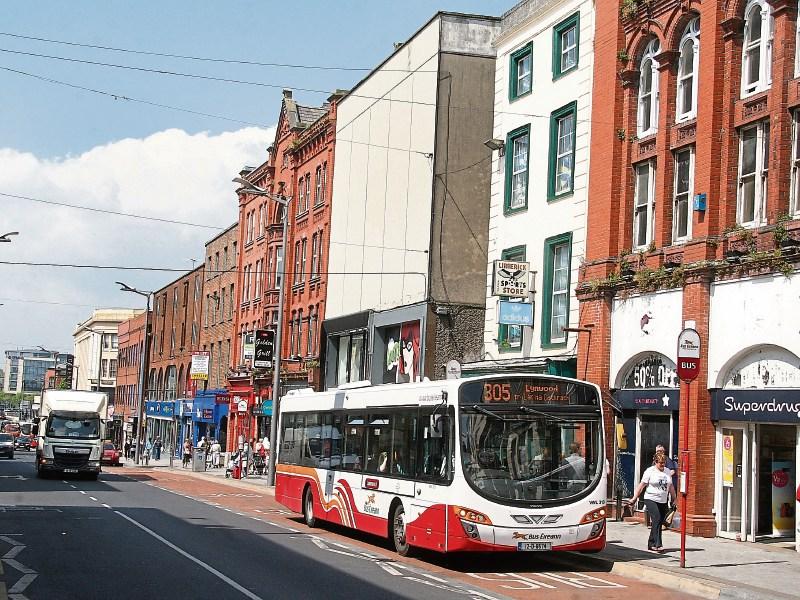 Until we all start treating public transport in Limerick as a valued alternative to the car, things will not improve

ON Monday the Minister for Transport, Sport and Tourism Shane Ross launched BusConnects, a suite of initiatives aimed at radically transforming public transport in the Dublin region.

The total cost of BusConnects is estimated to be over €1bn and will include proposals such as next generation bus corridors, bus rapid transit, redesigning the network of bus routes, state-of-the-art ticketing systems, cashless fare payment systems and the rolling out of new bus stops with better signage and information.

Dublin is our capital city and it is right that such investment happens. But what about Limerick?

Last March, as the bus strike reaped havoc on commuters, I wrote a column in this paper that suggested that our approach to public transport in Limerick needed a radical rethink.

After that column was published I was then contacted by Shane Hickey. Shane’s story was a sad indictment of how quality public transport, or lack thereof, can have a fundamental effect on people’s day to day lives.

While living in Limerick Shane was diagnosed with a degenerative eye condition, and as a result was forced to give up driving. Forced to rely on public transport, Shane’s experiences were not good. So much so that he found himself in a position where leaving Limerick for London was the only option he had.

Following the publication of both articles they ended up in the hands of Tim Gaston, director of public transport at the National Transport Authority. Mr Gaston kindly responded and his comments on public transport in Limerick are interesting and deserve to be read.

‘The Authority has since its establishment in December 2009 been conscious that bus networks in the regional cities in Ireland are not as effective as they could be in meeting the needs of people living and working in modern, growing urban areas,” he noted.

Gaston says: “The aspiration to enhance urban bus networks was hampered during the economic downturn by constraints on funding. However, the economic recovery has presented new opportunities to address the transport deficits in regional cities.

“In 2012, the network of bus services in cities were extensively revised, including in Limerick in September of that year. The complexity of the network was significantly reduced. New services between UL and the city centre were licensed to Eurobus on a commercial basis by the Authority,” he adds.

Interestingly Gaston points out that while patronage has improved in cities generally at rates exceeding growth commensurate with overall economic growth, patronage growth trends in Limerick City have been less marked and more in line with economic growth, and this “remains a source of concern to the Authority”.

“In December 2016, the PSO services in the corridor between Monaleen and UL across the city to Raheen were further revised, and Route 304A was introduced,” he says.

“The operating day was extended on other routes in the network, including at weekends and in the evenings. Patronage trends have improved noticeably since these revisions were implemented.

“Further revisions and reorganisations to services to the Ballynanty area with a view to simplifying the operation of buses in these suburbs of the city and providing an effective suburban style service between Ardnacrusha and Limerick City as well.

“A feature of the revised timetables will be higher frequencies in the evenings and at weekends.”

Gaston also acknowledges that the NTA is “working with Limerick City and County Council and with UL to identify a more efficient and effective two-way path for buses through the campus which is a generator and attractor of travel in the city.

“Bus priority measures in the centre of the city and in the vicinity of Colbert Rail Station are also in planning / implementation.”

In terms of the quality of the operation of bus services Gaston notes that improvements are also being made by Bus Eireann in conjunction with the Authority.

“Analysis of data amassed by the operation of the Automatic Vehicle Location system has identified sections of the network where running time and other operating practices are erratic which affects service reliability and punctuality, and measures designed to mitigate delays to buses,” he says.

“The accuracy of information presented on the Real Time Passenger Information displays is also under review and revisions to the algorithms to improve the quality of prediction of ‘next bus’ are being progressed”.

Finally, Mr Gaston adds: “Please be assured that the Authority is continuously working with Bus Eireann and the commercial sector to improve the levels of bus service in Limerick and to expand the network to meet existing and planned demand for bus services.”

What strikes me most about Gaston’s response is the concerns he raises in relation to the fact that “patronage growth trends in Limerick City have been less marked and more in line with economic growth”.

We seem to be caught between a rock and a hard place in terms of public transport in Limerick. We are a designated smart travel city and significant investment has been made in this regard.

Yet we also see the objections that flow in when new bus lanes are proposed.

We hear those who see public transport as below them, choosing single car occupancy instead.

We see our streets filled with cars. We hear the constant arguments about car parking in the city centre. We demand better quality in terms of our city centre offer but yet still expect hundreds of cars to be allowed to take up valuable civic space.

Of course our public transport offer needs to be improved. And we should expect the sort of investment announced for Dublin this week. But until we all start treating public transport in Limerick as a valued alternative to the car things are not going to change.