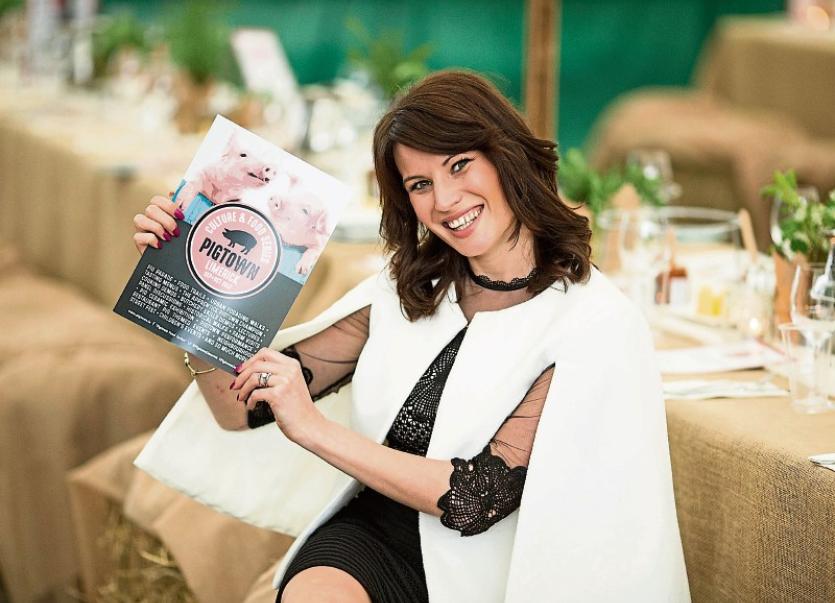 Ruth Guiry, author of Pigtown, A History of Limerick’s Bacon Industry, at the launch of the Pigtown Culture and Food Series Picture: Sean Curtin

LIMERICK is to celebrate its food culture with a new programme of themed events taking place this September and October.

The Pigtown Food Series has been inspired by the history of Limerick’s famous bacon industry.

Developed by the Limerick Food Group and supported by Fáilte Ireland, the series will focus on Limerick’s unique heritage as a way to showcase the great food available locally, building on their deep-rooted food heritage. Details of the event were announced at a food tasting event at the Milk Market on Monday evening.

The series features events such as the Culture Night Pig Parade; ‘Beyond the Pig - veganism in a meat eaters world’ panel discussion; ‘Ancient Irish food - what did our ancestors grow, pick and catch’ lecture and discussion and Urban Foraging Walks by local author and ethnobotanist Theresa Storey; Valerie O’Connor’s ‘Pig in the City’ food trail; Pigtown Tasting Menu produced by students of LIT’s Food and Tourism Department; and ‘The Apprentice - Pigtown Style’ hosted by Garretts Butchers where Limerick Butcher Apprentices will compete against visiting international craft butcher apprentices to be crowned the Pigtown Champion.

Local historian and author Tom Toomey will give a lecture on the food history of the City: ‘Pigtown Roots, Ranks and Cleeves factories – their rise and downfall’, followed by a panel discussion with Joe Hayes of the Limerick Pork Butchers Society.

The popular Saturday Morning demos in the Milk Market Kitchen will have a pig and harvest flavour in butchery skills and cooking, with everything from Limerick-style pulled pork, to ‘The Pig from Nose to Tail’, Preserving the Harvest, and Sausage making.

Other events include historical talks and walks recounting the time when Limerick’s bacon factories fed Ireland and exported as far away as Russia; farm visits to O’Brien Artisan Cheese in Ballyhahill.

Restaurants and hotels across Limerick will be embracing the theme. The Pigtown Food Series takes place in September and October 2017 across Limerick.