Video sent to Limerick at request of late US president's daughter 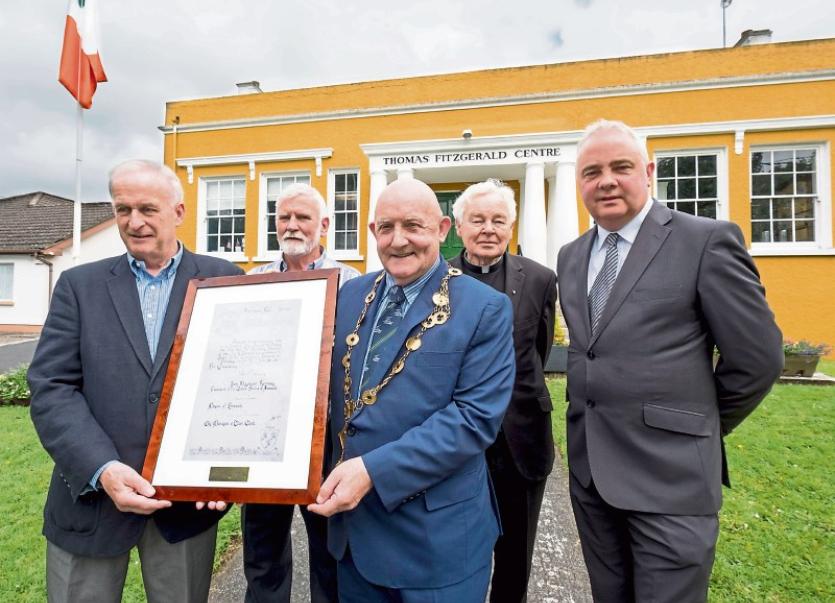 ON the week in which John F Kennedy would have turned 100, the special occasion was marked in Bruff which has significant links to the late US president.

Limerick City and County Council held a special meeting in the town to mark the centenary of the birth of the 35th President of the United States.

“We are very keen on promoting Bruff and the Thomas Fitzgerald Centre as a centre for tourism.  The story of John F Kennedy still resonates today and we want to make sure we are part of the story.  His great grandfather left Bruff in 1852 for a better life and every generation since has visited Thomas Kennedy’s homeplace,” said Paul Dennehy, chairman of the Bruff Heritage Group.

In 1852 a young Thomas Fitzgerald left Bruff for the US. He settled in Boston.

He married Rosanna Cox and they had 12 children. One of them John Francis (Honey Fitz) Fitzgerald went on to become Mayor of Boston and was a member of the US House of Representatives.

His eldest daughter Rose, married Joseph P Kennedy, they had several children including John F Kennedy, the future president of the United States.

To commemorate his birth, JFK’s daughter Caroline and her children - who all visited Bruff in 2013 -  put together a video message honouring the former president. The video was released by the JFK Library in Boston,

“Caroline sent it onto the library in Boston with a special request for a copy to be sent to Bruff for the occasion and of course to Wexford,” explained Maurice Lyons of the local tidy towns committee.

Proceedings got underway at the council meeting on Monday with an introductory address by the Mayor of the city and county of Limerick, Kieran O’Hanlon.

A film focusing on JFK’s life was shown later in the day and there was also an Irish night to mark the occasion.

It was also announced that the  next recipient of the Fitzgerald Bible Bruff award will be the social justice campaigner Sr Stanislaus Kennedy.

The Thomas Fitzgerald Centre, formerly the old Courthouse was officially dedicated in memory of Thomas Fitzgerald on June 21 2013 by Caroline Kennedy, daughter of President John F Kennedy.  Every generation of the Fitzgerald Kennedy family have visited their ancestral home in Bruff.

A replica of the original scroll awarded to John F Kennedy on being granted Freeman of Limerick on June 29 1963 has been presented to the Thomas Fitzgerald Centre by Limerick City and County Council to mark the occasion.