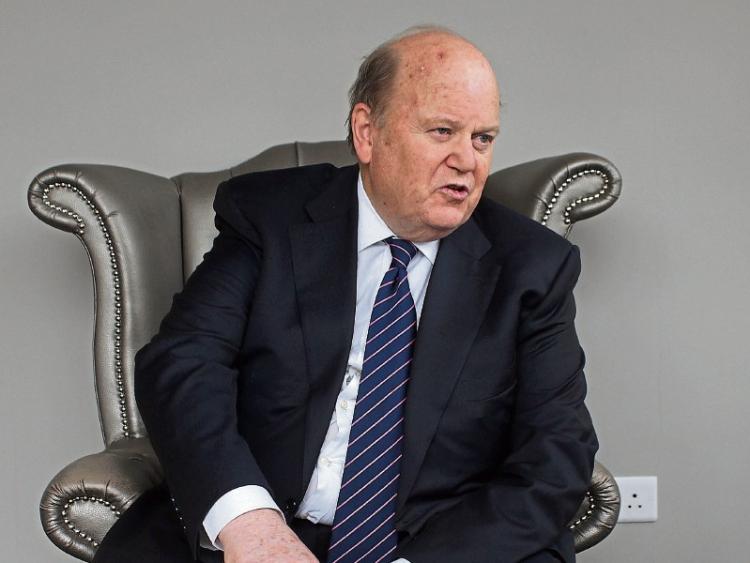 AS he prepares to vacate one of the top jobs in Government, Finance Minister Michael Noonan has made an impassioned plea for the new Taoiseach and leader of Fine Gael not to banish his opponent to the back benches.

With Leo Varadkar or Simon Coveney set to be elected new party leader this Friday, Minister Noonan wants them to both work together for the good of the party and country.

While still refusing to say who he is voting for, he is happy that there has now been a proper policy debate within the party.

“I thought that the policy debate was very interesting and something that the party did not have in a long time. Both of them in my view are capable of being a good Taoiseach,” he said in an one-to-one interview with the Limerick Leader this week.

Mr Noonan says he hopes that the victor will offer a hand of friendship to the vanquished.

“I would like them to work as a team and bring the new generation through, it is time for new blood.”

Sitting in a corner of the Castletroy Park Hotel, after launching a €6 million expansion to it, Mr Noonan still clearly has cult status in Limerick. Business people politely interrupt, wanting one last photo with their idol. He politely accedes and then continues to talk about everything from his surprise first local election win in 1974, to how he would like to be remembered when he finally calls it a day at the next general election. 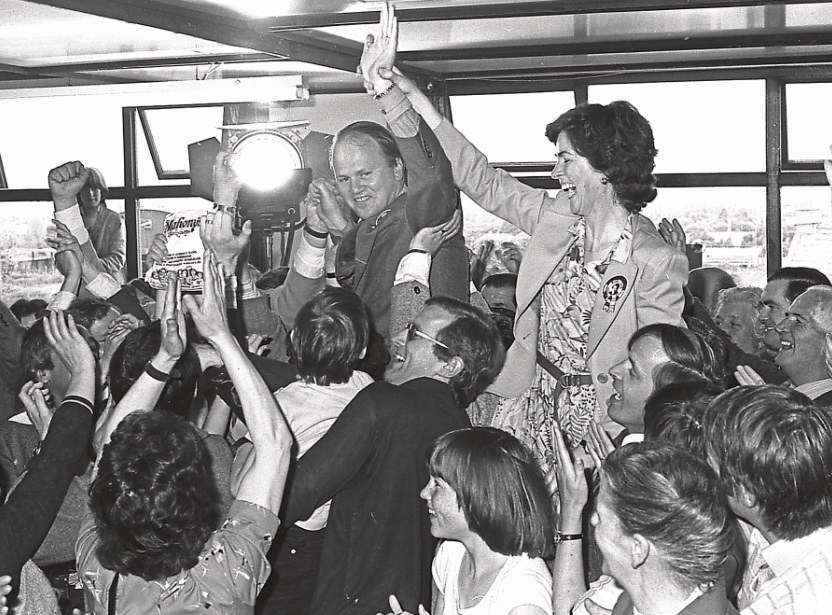 He has been a minister in every Fine Gael led government since 1982 holding justice, industry, health and finance portfolios. He is now 74 and has battled two bouts of cancer along with having to deal with his late wife Florence’s Alzheimer's diagnosis.

“I have no regrets. I have done my piece and, as I said earlier, I have worked ever year for the past 54 years, 15 as a teacher and 39 as a full time politician.

“It is time to move on as well and leave some younger people take over. It is an easy enough retirement as I am staying on as a TD.”

The Loughill native had his audience in stitches laughing earlier when relaying the story of a German colleague who said, regarding his retirement after 54 years' working: “You are just ahead of what the new European average is going to be. Everybody will work for 50 years in the next generation. I have no sympathy.”

“Locally I would like to be recognised as someone in that context that kept the future of Limerick in mind as well as contributing to the revitalisation of Limerick and the restoration of confidence and morale in Limerick. And more than anything else the work with the IDA to get jobs into Limerick. The jobs came to fruition in recent times and will continue to improve.”

The conversation turns to Brexit and the opportunities that may arise.

“There are more opportunities in Dublin than anywhere else,” the finance minister explained.

“In the last few months I have met some very significant firms from the city of London who have decided to relocate at least part of their facilities and they are making up their minds in what European city to locate in and Dublin is up there. There are a lot of companies based in both London and Dublin. What they have in Dublin is what they describe as a backshop operation.

“In other words they are doing processing and data and that kind of thing. What they are saying if they transfer their strategic trading units to Dublin they might transfer the activity that is in Dublin already to places like Cork, Limerick, Galway and other areas.”

Mr Noonan has no regrets regarding his short stint as leader of the party, when he took over from John Bruton, after a number of disastrous opinion polls for the party.  The 2002 General Election came much too early for him and the party lost 23 seats.

“You don’t get too many opportunities to be leader and you have to take them when they come, but the economy was going very well at the time and Bertie Ahern was at his height so it was very difficult and I was not a successful leader.”

It was just after this election in 2002 that his wife Florence was diagnosed with Alzheimer's.

“It was from a family point of view helpful  that I was not in front line politics. I was doing caring with Florence and constituency work as a TD but I was glad I was not a minister or on the front bench,” he explained.

For over eight years he kept his wife's health a private matter, but was asked by the Alzheimer Society to go public in the summer of 2012 and did so in a Pat Kenny interview.

“I thought very carefully about that and I got a lot of advice from the Alzheimer’s Association to highlight it. They asked me to do it. They had been very helpful towards the family and I decided I would.”

Sadly, Florence died in 2012 leaving a huge void in his life.

Looking to the future, Michael intends to take some time to mull it over and will return home to do so.

“I have nothing definite decided, I will relax during the summer, go out to Loughill for a bit and think about it,” he explains.

In the meantime, the finance minister has this advice for his successor: “Stick to the successful policies. But fresh eyes, fresh brains and fresh faces should come up with new initiatives as well.

“My advice is to build on what was successful and then don’t be afraid to make sound new initiatives that will increase jobs and continue the economic growth,” he adds.

FRIEND IN EUROPE: Wolfgang Schäuble – Federal Minister for Finance in Germany - would be my closet in Europe because he is there as long as I am, while a lot of the others come and go. I was saying there were eight or nine Greek finance ministers in my time and five or six French. Christine Lagarde is also a very good friend as she was French Finance Minister when I was first appointed finance minister and she went onto the IMF and I dealt with the IMF in the refinancing of Irish loans

STATE OF FINE GAEL: We got 29 per cent in the last general election. In most constituencies that would be enough to get two elected but the  way the transfers went we were unfortunate that Kieran O’Donnell did not get the second seat. The party was 29 percent in a recent opinon poll for the country. So what I mean is that 29 or 30 per cent will give us two seats next time in Limerick

RETIREMENT PLANS: I have nothing definite decided, I will relax during the summer, go out to Loughill for a bit and think about it

MEMOIRS OR A BOOK: I have a lot of papers and will decide what to do with them. A lot of people have said I should write a book, but that is another thing I have to decide on

RIVALRY WITH WILLIE O’DEA - WAS IT BITTER?: No it was not bitter, it was competitive. We signed an unacknowledged truce some time back and we don’t have direct competition with each other any more

MOST MEMORABLE ELECTION: My first local election and my second general election, because sometimes it is hard to get elected the second time round. And then the election of 2011 when I got a huge vote and went in as finance minister

ADVICE FOR HIS SUCCESSOR: Stick to the successful policies. But fresh eyes, fresh brains and fresh faces should come up with new initiatives as well. My advice is to build on what was successful and then don’t be afraid to make sound new initiatives that will increase jobs and continue the economic growth

IDEAL DAY OUT: A Trip to Thomond Park for a match, with no drink beforehand and a stop off on the way home for a pint