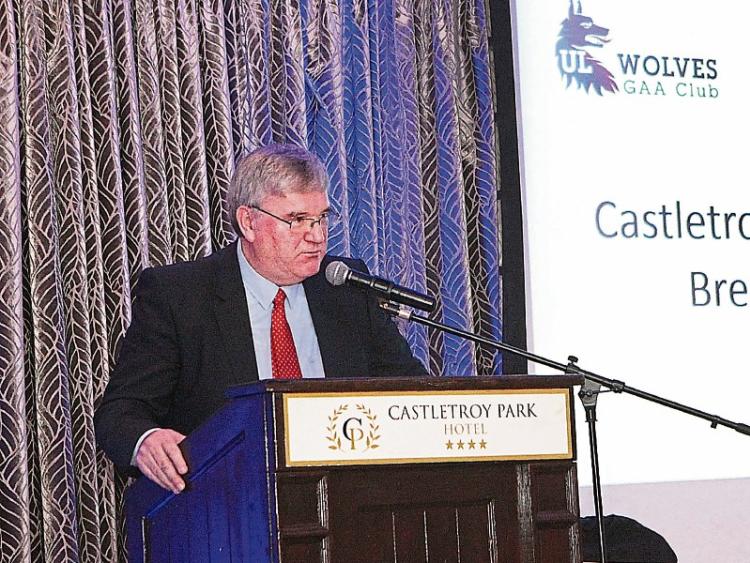 SUPERMAC’s founder and owner of the Castletroy Park Hotel Pat McDonagh has announced a €6m investment in the hotel’s expansion which will create 150 jobs.

Launching his plans this Monday morning, the businessman’s project includes a 50% expansion to the size of the 107-bedroom hotel, a new fitness and leisure facility, and a corporate business hub.

An application seeking planning permission for the development will be lodged with Limerick City and County Council this week.

Speaking at the launch, which was attended by Minister for Finance Michael Noonan, Mr McDonagh said that “few places come close to Limerick” in terms of what it offers the corporate, leisure, and sports tourism sectors.

“A recent study indicated that Limerick has overtaken Dublin in terms of job vacancy rate,” he said.

“The region is now a business hot spot and the physical infrastructure around the city is changing dramatically. There is a significant motorway network feeding the city plus an international airport in Shannon on our doorstep.”

He said that the €6m boost was a “vote of confidence” in Limerick and he said he is hugely impressed with the success of the city in its ability to attract national and international business investment.

He added that the council had the potential to “lead Limerick to a prime place among international cities”.

Mr McDonagh, a Mary Immaculate College graduate, said that he sees the city as becoming a “capital of education in Ireland”, and also praised University of Limerick as “one of the biggest and most enterprising Irish universities”.