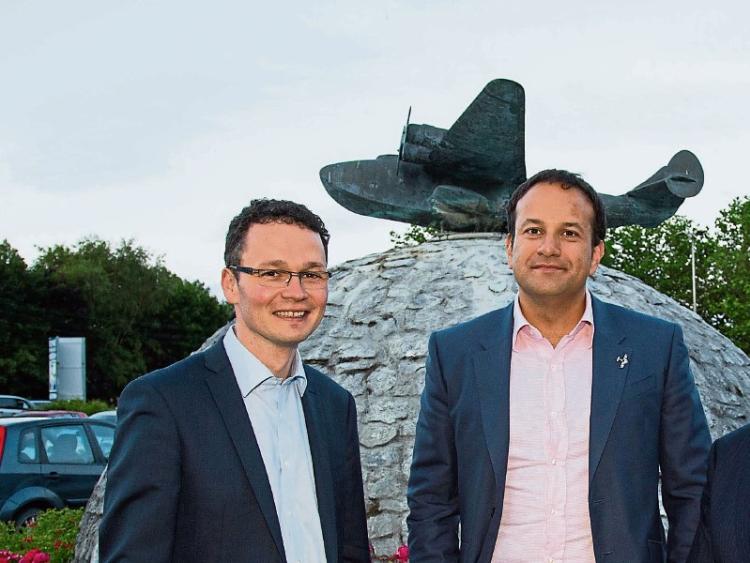 AS decision time looms in the Fine Gael leadership, retiring Finance Minister Michael Noonan has predicted that policy rather than personality is now set to take over.

But as with previous leadership elections, he declined to declare his preference in the contest between Leo Varadkar and Simon Coveney.

"Leo has a lead but the lead from the Parliamentary Party is not sufficient to get him elected. It is important that the councillors and grass roots have a say. I think that the hustings will be very interesting and it will turn more into a policy debate rather than a personality debate," he told the Limerick Leader.

Meanwhile, a number of the party’s councillors have been voicing their dissatisfaction with the selection process, claiming it is weighted too heavily in favour of TDs and Senators.

The process has been undermined, Cllr Marian Hurley has said. “The show pony versus the work horse, I feel there is some element of truth in that.”

“I believe Leo is best placed to take up this role,” Senator O’Donnell said when declaring his support earlier this week.

“Along with his obvious ability, Leo brings a fresh and open approach to politics which is vital to leading a modern Ireland”.

“In Simon Coveney TD and Leo Varadkar TD, we have two excellent candidates to choose from for the leadership of Fine Gael. I have the utmost respect for both candidates and very much admire the contribution they have made to public life. Therefore, I found this decision a very difficult one,” Sen O’Donnell added.

Sen Byrne said she was supporting Leo Varadkar because he reaches out to communities.

“I think we need to attract new people into Fine Gael, and I think we must have a concentration in Dublin for that,” Cllr Hourigan, metropolitan mayor, said.

“There was very little in it, but at the end of the day, I felt he was the stronger person as the leader.”

Five councillors are either undecided or are not willing to declare their vote. They are Cllr Daniel Butler, Bill O’Donnell, John Sheahan, Stephen Keary and Gerald Mitchell.

”I will listen to both sides,” one of those five, Cllr Gerard Mitchell, said. He would decide on policy grounds, he said.

However, Cllr Marian Hurley believes the whole process of electing a new leader has been undermind.

“I feel the parliamentary party were too hasty siding with Leo Varadkar. This is undermining the views of the body of the party, the grass roots of Fine Gael and its members,” she said this week.

“It's railroading through their beliefs and obviously that has a knock-on effect to others. I still believe Simon Coveney is a very solid honest hard working chap. The showpony versus the work horse, I feel there is still an element of truth in that. But I think the whole process has been undermined."

Fine Gael leader in the council, John Sheahan has also been critical. He had had a preference from the beginning but was not going to declare it publicly now.

Fellow councillor Liam Galvin was equally critical of the huge public declarations. The TDs should not have spoken out he said.

Meanwhile, speculation abounds that Minister of State for Tourism and Sport, Patrick O’Donovan could be promoted to a full cabinet seat if Leo Varadkar wins the leadership contest and is elected Taoiseach.

The two “grew up” together politically in Young Fine Gael where Minister O’Donovan was chairman of their national executive and Minister Varadkar was an executive member. The two also became councillors on the same day in 2014.

“That is a matter entirely up to himself or who ever is the leader and I hope it will be him.” Minister O’Donovan said this week.

But he predicted it would be difficult for the new Taoiseach to choose his cabinet.

“I am under no illusion. A new Taoiseach brings his own way of doing things,” he said, stressing that he had neither sought, nor been given, any comfort as to his future prospects.

Voting for councillors and members takes place next week. TDs and Senators vote on June 1 and the result will be known on June 2. The election of the Taoiseach is expected to take place the following week.