Limerick's 'silent phoenix': Council could lend a hand as Catherine Street picks up 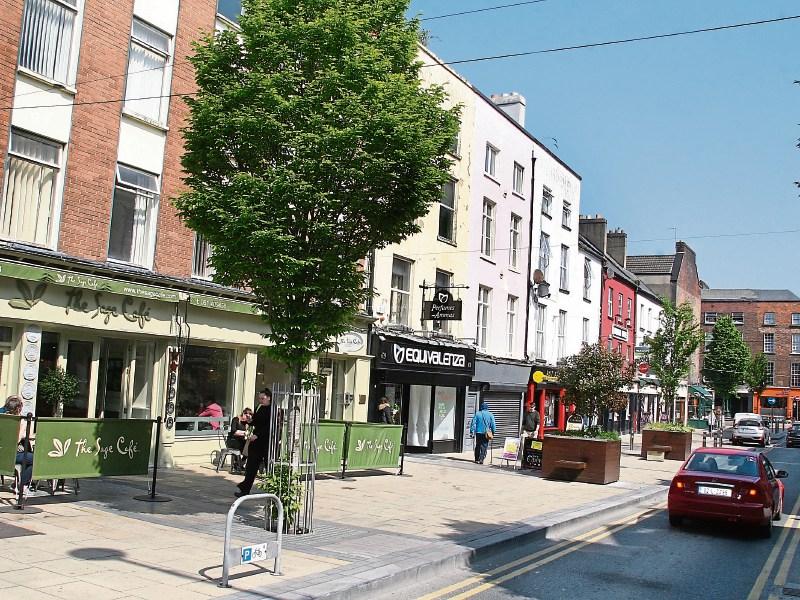 As more life returns to Catherine Street, perhaps now is the time for the City and County Council to give a helping hand in its regeneration

OVER the past week all eyes have been on O’Connell Street as preliminary works commenced in the lead up to a significant investment due to happen on the street in the coming months.

This column along with other column inches in this paper have already looked at the O’Connell Street revitalisation project. Final designs are yet to be announced. That story is for another day.

Last weekend, we saw the long anticipated arrival of large construction cranes on the Gardens International site on Henry Street. In the context of other cities this might seem small fry but in Limerick we must see the move as a welcome step forward in terms of the Limerick Twenty Thirty project.

With the likely addition of over 700 new jobs on the site when completed, the Gardens is of a large enough scale to significantly and positively impact not just Henry Street but the commercial and hospitality offerings on city quays, O’Connell Street and further afield.

Last weekend I found myself engaging in a conversation about Catherine Street, that other key street in the city centre. One of those I engaged with described the street as ‘the ugly duckling of Limerick’s streets’. I took a walk.

Not too long ago Catherine Street had a certain reputation. It was a long street full of Georgian potential but it had a sense of a forgotten place. Day in, day out we read reports of the scourge of prostitution on the street. Its buildings were in a sorry state.

With all the talk about the Opera Site, the Gardens, Colbert Station, Cleeves and the City Quays, Catherine St has been the silent phoenix in terms of urban renewal in Limerick city.

A cultural shift is underway at the moment in Limerick, probably driven by Uber and other employers. There are young, talented professionals coming to Limerick from countries where city centre living is the norm and they want to live near their workplace.

They have little interest in living in the suburbs and commuting into town.

Catherine Street and the surrounding streets are attractive for this demographic.

Reports in the recent past have suggested that the Living City initiative has had little or no impact on our city centre.

A stroll up Catherine Street would suggest something different. From one end to the other we are seeing ‘sale agreed’ signs pop up. Already at least four individual Georgian houses on the street have been tastefully brought back to life. On the grapevine I hear more is to come.

Then we look at the business and hospitality aspect of the street. Uber is now there. Starbucks is too. One of Limerick’s most popular cafes Canteen is set to relocate to the street very shortly. Jerry Flannery is ready to extend his popular bar to include a music venue.

Rumour has is that the former Desmond Arms site is ready for redevelopment. Rocky O’Shea, a popular publican with his finger on the Limerick pulse, is in the process of bringing the former Daffy’s pub back to life.

Finally, add in the fact that Catherine Street is set to become a key link between the city centre and the newly developed Colbert Station.

Taking all of this into account and simply walking the street it is clear that something really positive is happening to Catherine Street right under our noses. The street's rebirth has happened with little fanfare.

It has probably happened due to one major factor - the new demand for city centre accommodation means that rents in the city centre are higher than they have ever been.

Traditionally in the last 40 years the suburban estates commanded the highest rents, but now the city centre is doing so because of the likes of Uber, Glass Lewis, WP Engine and a number of smaller companies basing themselves in its core.

This is creating an economic incentive for property owners to renovate old buildings and chase this market.

Catherine Street is not a thoroughfare for traffic. Indeed, it has no role whatsoever from a traffic perspective.

This makes it a somewhat calmer environment.

But we must not become complacent when looking at the street. Catherine Street remains an unappealing space and will remain so until a few significant changes are made.

This is where the City Council must play its part.

A strong argument could be made for engaging in a meaningful conversation around Catherine Street as a less traffic-orientated thoroughfare. Let’s be honest, you’re far more likely to want to purchase a Georgian building, or rent a flat in one, if you can walk out your front door onto a quiet, calm street rather than onto one dominated by cars.

The street is currently treated as a linear car park with approximately 26 spaces per block, making it visually unattractive. The footpaths are narrow in contrast with comfortable and visually appealing Upper Thomas Street since the public realm work was completed there.

Then we have the much discussed proposal to banish the unsightly overhead wires and ill-fitting light poles. Whilst this might take some investment, the overall aesthetic improvement is one this elegant street deserves.

The exciting thing about Catherine Street is it seems to be a place that is by itself slowly reacting to the other Council-led commercial plans and developments. Perhaps now is the time to give it a more official helping hand?