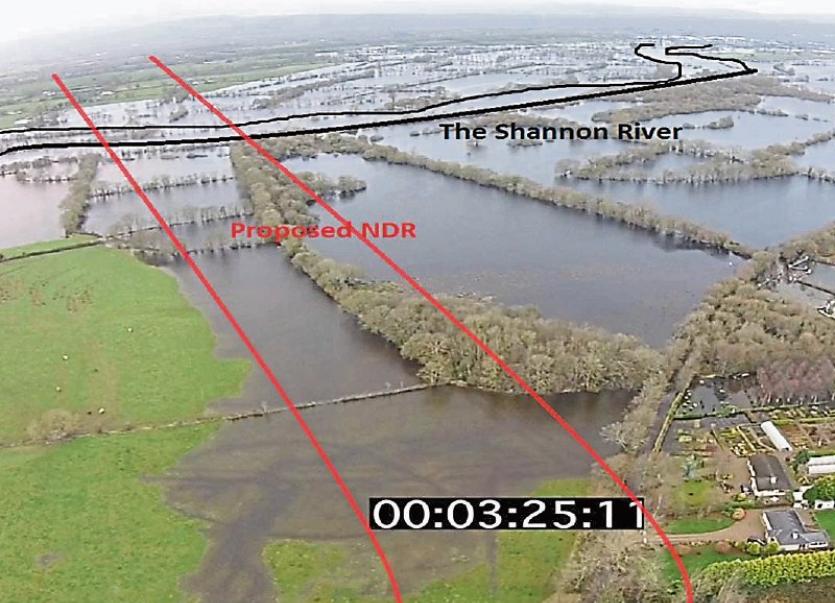 COUNCILLORS in Limerick are facing a key decision on whether a €150m road can effectively proceed.

This Monday, the 40 members of City and County Council will be asked whether they wish to vary local development plans to allow the Northern Distributor Road to be included.

The long-advertised link will see the road start at Coonagh on the city’s northside – where it would open in Moyross – bypass Corbally and traverse the Mountshannon Road  before continuing to the Dublin road.

After initial plans were decisively rejected by councillors in 2015, a new roundabout is being proposed to provide a link to the old Dublin/Castleconnell Road.

A second roundabout would also be included near the Daughters of Charity in Lisnagry to link the Dublin Road which connects Annacotty, Castletroy and continues to the city centre.

A spur is being planned across the Mulkear River to provide a link to the National Technology Park while the Northern Distributor Road would eventually continue and link to the Mackey Roundabout and the motorway.

There is huge opposition to the plans from residents of the Mountshannon Road and a number of other areas. But the IDA, the University of Limerick and a number of agencies have come out in favour of the orbital route, stating the plan is crucial to the future development of Limerick.

Half of councillors contacted by the Leader this week have said they will vote the plans through at Monday’s meeting.

It means all eyes will be on a number of undecided members.

In a statement, local businessman Noel O’Connor of the East Limerick Action Group (ELAG) has called on councillors to “defend the interests and well-being of Limerick and its people”, and “not UL and its messenger boys”.

“We’d urge councillors to disregard the blather about a super highway from UL to LIT in Coonagh and remember we already have a motorway on which the tax payer is stumping up nearly €15,000 per day in subsidies because the traffic has never once hit the volumes we predicted,” Mr O’Connor said.

Limerick City and County Council has hit back, saying it has engaged with one of Ireland’s top hydrologists Tony Conway, who has carried out an assessment of the area, and has concluded the road “will not cause an additional flood risk.”

Initial plans for the Northern Distributor Road put to councillors in 2015 were rejected by 27 votes to three.

But this could be reversed this time around, with many undecided councillors privately saying they will likely vote in favour of the plans, but had not yet reached an absolute final decision.

The only councillor to this week confirm outright that he will vote against the revised route is Fine Gael’s Michael Sheahan.

Sinn Fein’s City East councillor Séighin Ó Ceallaigh will vote in favour of the link following the changes that were made.

Also yet to fully make up their minds are Cllrs Joe Pond and Marian Hurley, who are both based in City East.

Cllr Secas said: “I’m trying to put together the facts and the information so I can make a proper decision. There is still a few days to go, and I’ll vote based on this.”

Mayor Kieran O’Hanlon – who represents the Mountshannon Road area on council – will back the revision, warning: “I think this is the final opportunity to get this road built.”

But his party’s leader in the metropolitan district, Cllr James Collins, said many unanswered questions remain, notably over the numbers of cars accessing the M7 from the road, plus access to an IDA-owned portion of land near UL Bohs rugby club.

Monday meeting kicks off at 3pm in County Hall – and if councillors pass the variation to the development plan, An Bord Pleanala will then be asked to rule on the plans.