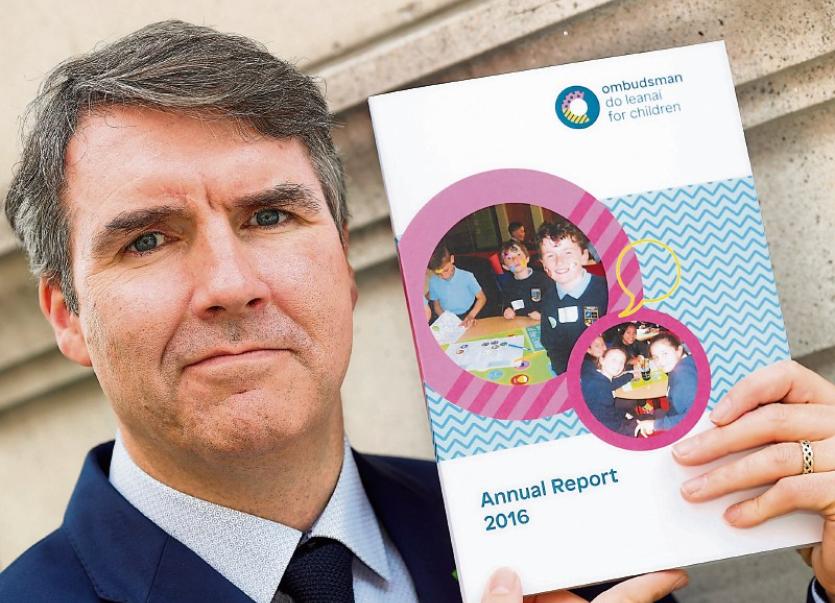 FIFTY complaints relating to children living in Limerick were received by the Ombudsman for Children last year, it has been revealed.

In his annual report for 2016,  Dr Niall Muldoon says almost 3% of all complaints received over the 12-month period emanated from either Limerick city or county.

“Fifty of the 1,682 complaints were made by children, or on behalf of children, in County Limerick. Each of these complaints relates to at least one child,” he stated.

While most of the complaints received by the Ombudsman related to children in Dublin, Dr Muldoon is encouraging children, families and anyone who works with children to make a complaint if they are unhappy about a service being provided for a child.

Almost a quarter (23%) of the complaints which were received last year related to the Child and Family Agency (Tusla).

As well as dealing with complaints, the Ombudsman for Children plays a key role in raising awareness of children’s rights.

In 2016, it launched Tune In, a consultation with young people, where they were asked how they would like to learn about their rights.

“It is important that children, and those advocating on their behalf, are aware that the Ombudsman for Children’s Office is here if you are experiencing a problem with a public service. Our service is free and independent, and we try our best to find a resolution as quickly as possible,” said Dr Muldoon.