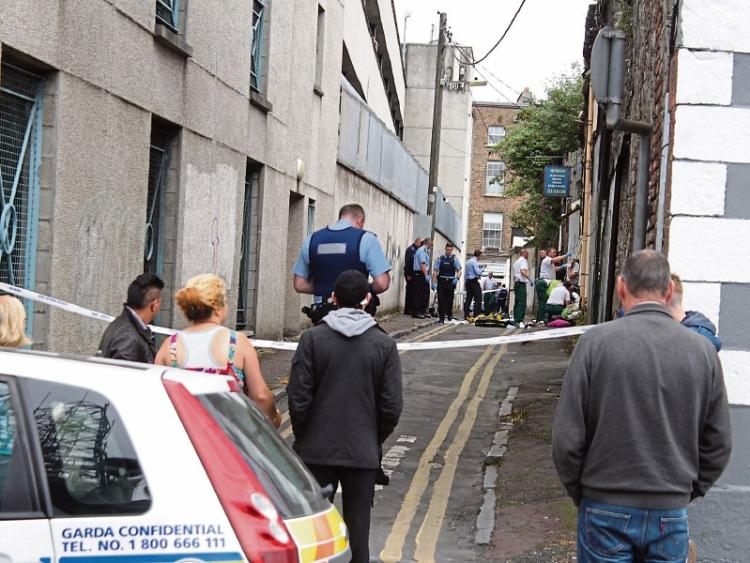 A picture of the scene of the stabbing Pictures: Michael Cowhey /Press 22

A MAN who was stabbed during a violent incident in Limerick city centre this Wednesday lunchtime has died from his injuries.

The alarm was raised at around 1.20pm after an altercation broke out at Roches Row, which links Thomas Street and Roches Street.

When gardai arrived, they found a man with serious injuries lying in a pool of blood.

As large crowds gathered, the area was immediately sealed off and paramedics could be seen working on the man, who was aged in his late 50s, for more than half an hour before he was removed from the scene by ambulance.

The man - who is believed to be Romanian - was pronounced dead at University Hospital Limerick later this afternoon.

Members of the divisional scenes of crime unit are carrying out a technical examination of the scene and a major gardai investigation is underway. 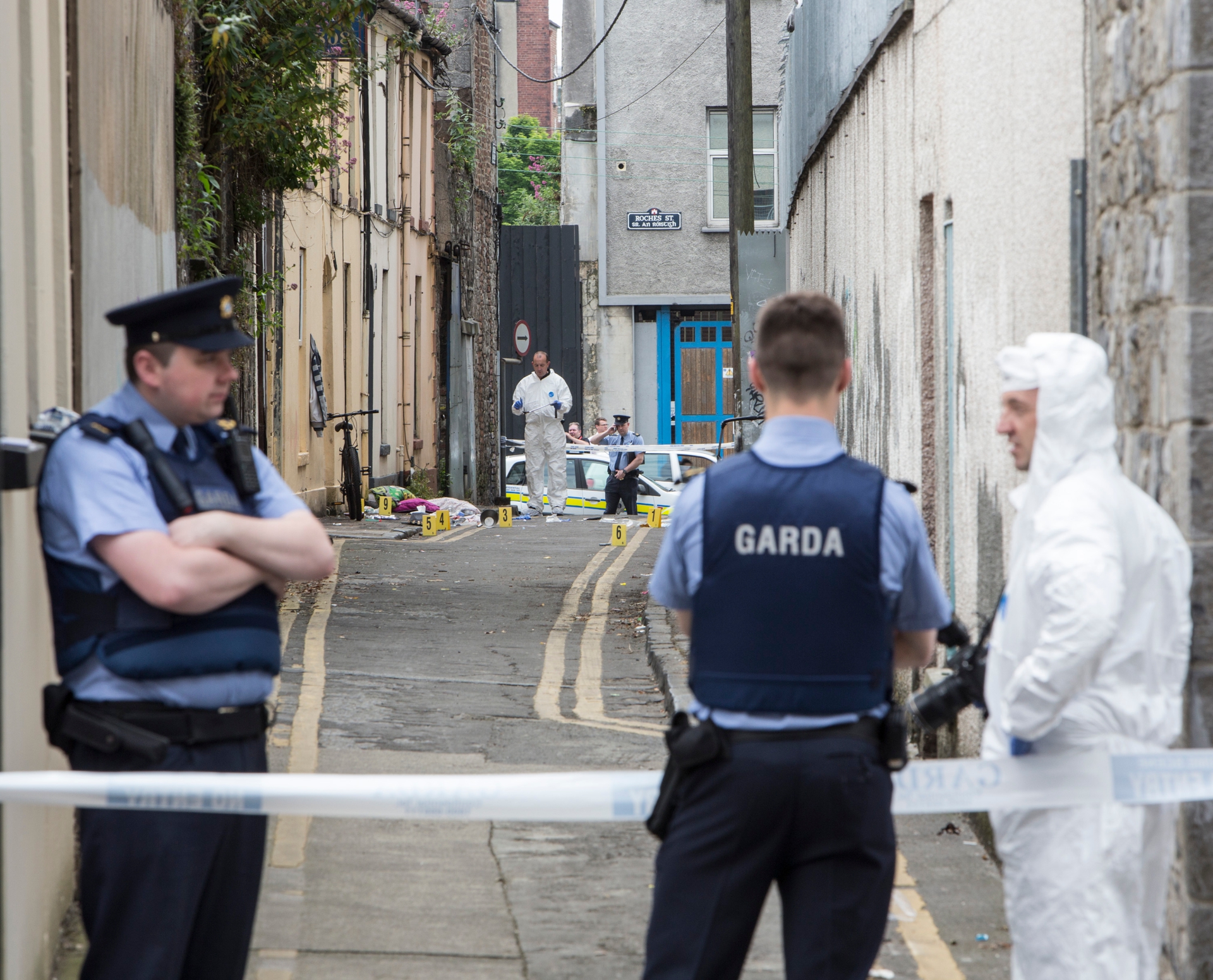 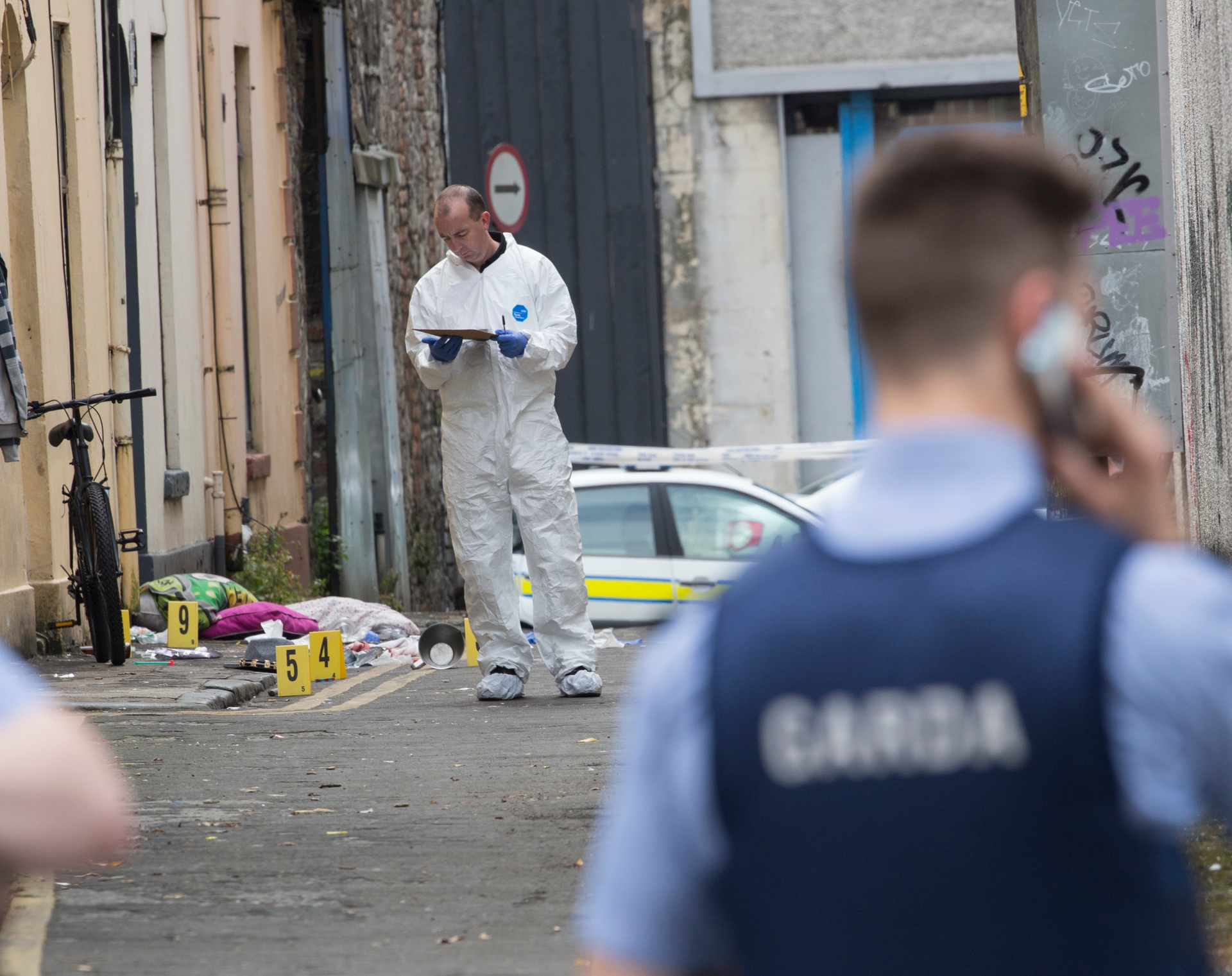 A man in his fifties who was arrested at the scene of the incident is being questioned at Roxboro Road garda station under Section 4 of the Criminal Justice Act.

The scene of a stabbing incident in #Limerick city centre this afternoon pic.twitter.com/2NAUbVbsH0 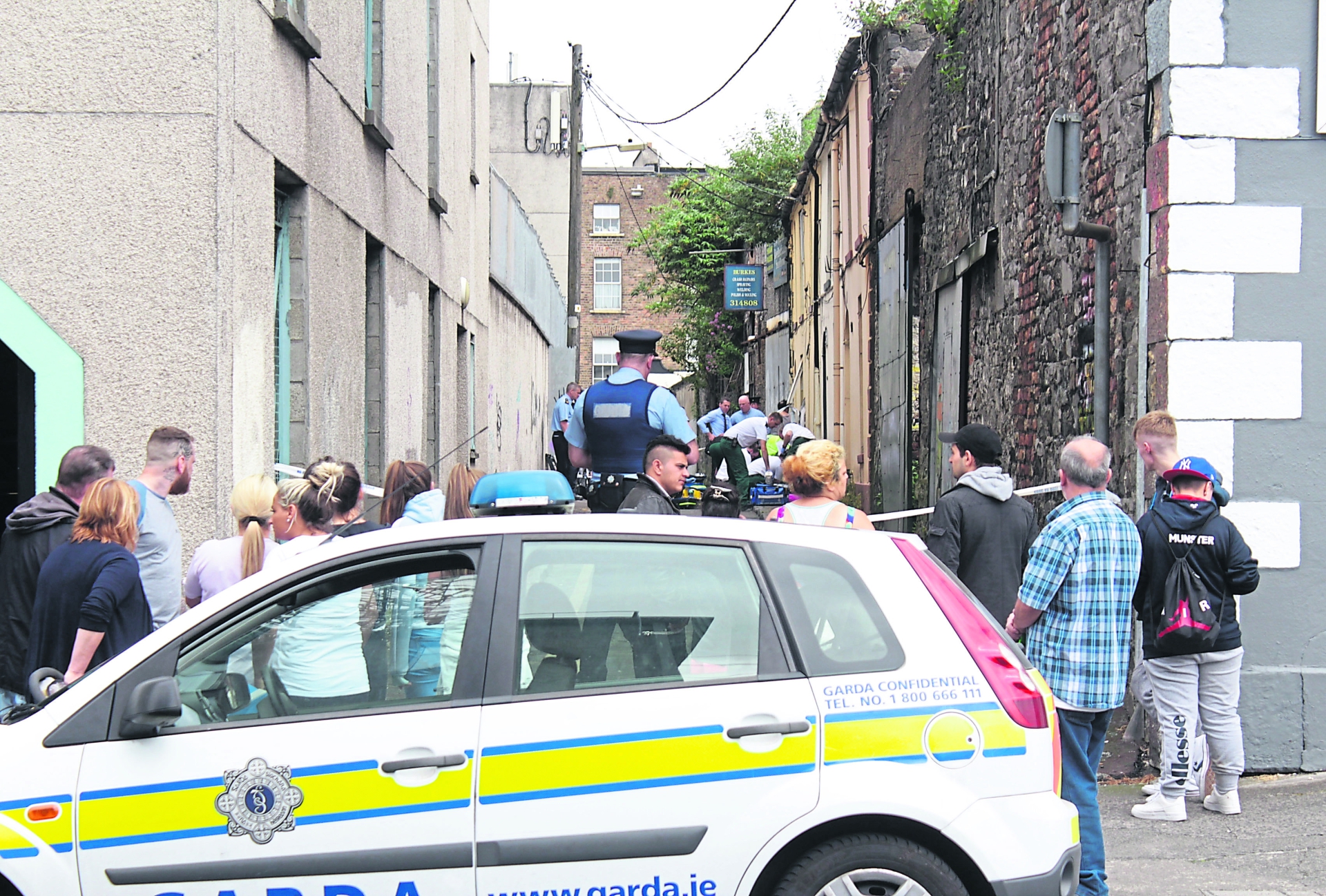