Limerick's Rossa McMahon is Munster Solicitor of the Year

Awards for UL and for Gillian Moore of Keating Connolly Sellors 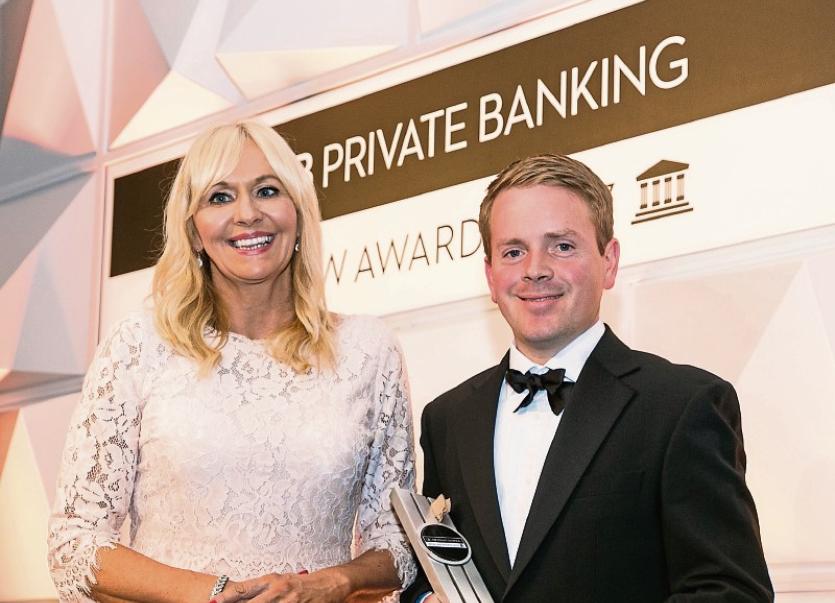 Rossa McMahon receiving his award from Miriam O’Callaghan. Below Stephen Keogh accepting the award on behalf of his colleague Gillian Moore

LIMERICK solicitor, blogger and podcaster, Rossa McMahon has been named as Munster Solicitor of the Year at the AIB Private Banking Irish Law Awards 2017 at a gala ceremony in Dublin.

The University of Limerick also walked away with an award for Law School of the Year while Gillian Moore of Keating Connolly Sellors was presented with the Legal Executive of the Year Award. 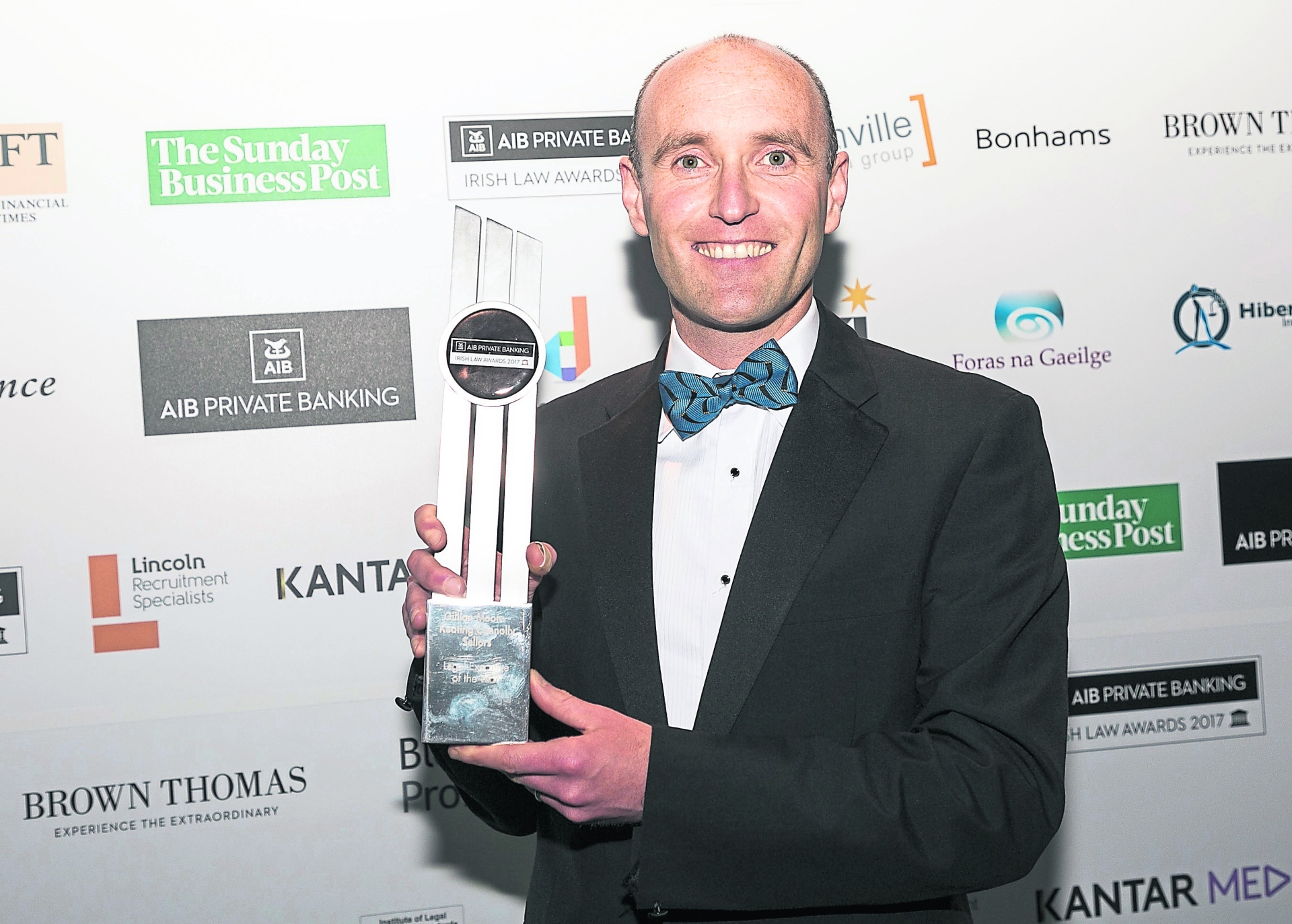 “I knew I was shortlisted but I really didn’t expect to win,” said Rossa McMahon, who has followed in the footsteps of his late father Garry McMahon who established the legal firm PG McMahon & Co Ltd. The firm was a finalist for Munster Provincial Law Firm of the Year last year and was a winner in  the Acquisition Litigation Law Firm Awards.

“There were four of us in the category and they were all very good solicitors. I wouldn’t have thought I had much of a chance,” Rossa said.

But it was nice to win, he added. And he is particularly pleased that the AIB Private Banking Irish Law Awards, now in its sixth year, acknowledges  solicitors and smaller firms from outside Dublin. Entries were up by 36% this year.

In 2009, he began his own blog, A Clatter of the Law, which both comments on and raises issues of legal interest.

“I took the name from a poem of my father’s,” he explained, a funny poem but one which is distinctly anti-plagiarist.

Last year, Rossa began a series of podcasts on Freedom of Information and Data Protection. Two episodes have already “aired”  and he has plans to do more.

Rossa is married to Oonagh and they have four children.