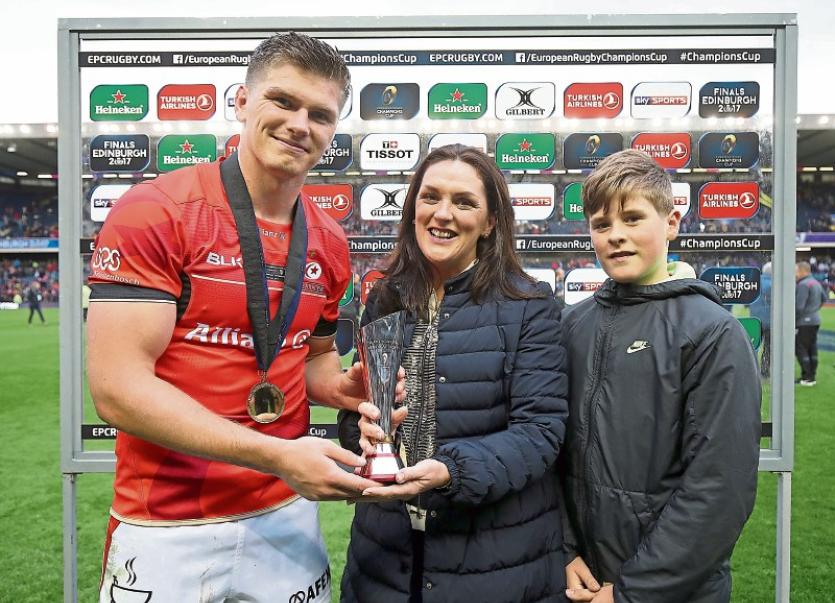 MUNSTER are hopeful of breaking the previous attendance record for a Pro12 semi-final at Thomond Park this Saturday, as the Ospreys visit for the crunch clash.

Ticket sales stood at 15,500 as of this Tuesday, with the province “confident of breaking” the previous record of 16,500 for a Pro12 semi at Thomond.

The visiting Ospreys did not take a formal allocation of tickets given the short turnaround time for the game, Munster outlined to the Limerick Leader, instead opting to purchase them directly from Munster’s website.

Sell-outs are not the norm for semi-finals and Welsh fans in their hundreds are expected in Limerick for the game, which has a 6.15pm kick-off on Saturday.

History is on Munster’s side however, with home teams holding a 100% record in Guinness Pro12 semi-finals to date. Munster, who finished top of the league, will face either Leinster or the Scarlets at the Aviva Stadium on Saturday, May 27, should they win.

Patrickswell Lion Conor Murray is expected to return for the side, which is a major boost for the province, having made a successful return from a recent shoulder injury.

Thousands of loyal Munster Rugby Supporters Club members are gearing up for the major clash, and will be arranging myriad activities to give an energetic welcome to the team and fans.

MRSC public relations officer, Mark Meehan, said that the pre-game guard of honour for the Munster team has become so popular in recent times, that the event no longer needs to be advertised.

“Once you are involved in the supporters club, you are in the culture of that support, win or lose.

“It doesn’t become about winning or losing, it becomes about being in the club,” he told the Limerick Leader this Wednesday.

As part of their Thomond Park ritual, members will hand out 4,000 free flags to attending fans, accommodate Oscar the mascot, muster up members for the supporters club choir, and provide pre- and post-match entertainment.

Commenting on the big game, Mark says that Osprey’s “confrontational” side will make for a “tight encounter” between the two elite teams.

“No matter what happens, it has been a great season.

As rugby fans were seeking accommodation in Limerick, one city centre hotel was advertising an “exorbitant” €5,000 rate for this Saturday night.

Highlighted by Twitter user Joe Galvin last weekend, the advert, appearing on agency Booking.com, caught the attention of a number of people on social media.

A spokesperson for the Pier Hotel told the Leader that, because their double rooms are full, they are required to mark up the rates, in order to avoid being charged more commission on the agency’s website.

He explained that, by being “closed off”, the hotel may be pushed to last on the list of hotels, instead of being at the top of “preferred customers”.

He said hotels agree with websites on the number of rooms that are to be made available, in order to keep the hotel on the website.

It is understood that this is normal practice for a number of hotels that advertise their rates on agency websites, such as Booking.com.

The website is advertising a €65 rate for Sunday night at the Pier Hotel.

Meanwhile, Anthony Foley’s family has hailed the decision by the European Rugby Champions Cup to dedicate its Player of the Year award to the late Munster coach as a “great gesture”.

The Anthony Foley Memorial Trophy was presented to Saracens fly-half Owen Farrell after the Champion Cup final on Saturday by Olive Foley and her son Tony.

In a statement on the Axel Foley Memorial Facebook page, the family said: “What a great gesture by European Rugby Champions Cup to dedicate the Player of the Year award to Anthony.

“ In so many rugby fans’ minds, this tournament defined him.

“So what a lovely, lovely thought by the organisers to make sure that memory lives on.”