Two suspended staff hope to be reinstated after new review 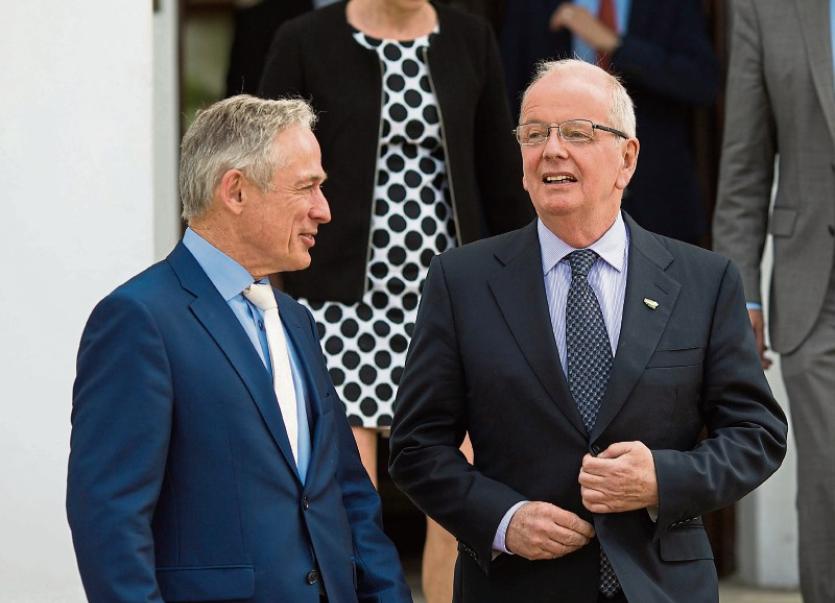 THE Department of Education has said that information received from those who have signed confidential severance agreements with the University of Limerick will be treated with the “utmost confidence” by the investigator leading a new review into a series of allegations.

Six protected disclosures have been made by current or former staff of UL to the Higher Education Authority (HEA), it has confirmed, as well as well as a litany of other allegations.

A number of other former UL staff are understood to be seeking assurances from the department that no legal action will be taken against them if they outline their grievances to the review, having signed six-figure confidential settlements.

“Each case will be treated with the utmost confidence by the investigator who will endeavour to the largest extent possible provide the assurances sought,” said a spokesperson for the Department of Education.

A dedicated email address will be set up to allow people make submissions.

The independent review, to be led by Dr Richard Thorn, former president of Sligo Institute of Technology, will commence in the coming weeks.

A UL lecturer who received a €150,000 settlement, after complaints that he inappropriately touched students and made inappropriate sexual remarks, was among those who made a protected disclosure to the HEA, after signing a confidentiality clause with UL.

Documentation from the HEA outlines that the lecturer alleged that there were “flawed processes and implementation of HR procedures in respect of an investigation of student complaints against him resulting in personal, professional and financial consequences for him.”

Another disclosure by a member of the public to the HEA alleged that a person employed in UL’s Graduate Medical School has previously been dismissed from employment in a local hospital “due to serious clinical concerns and probity issues.”

The HEA said that other allegations against UL are “broadly linked by a common theme of poor HR management practice within the university”, including disciplinary proceedings against staff and the use of confidentiality agreements.

These included promotion procedures, the recruitment of an existing employee as a contractor, a complaint from a staff member that he was given sabbatical leave after raising issues and concerns, and complaints regarding a number of confidential, severance agreements.

The two suspended whistleblowers in UL’s finance department hope to have their suspensions lifted and resume their jobs, after the new review is completed by September next.

The two women, who remain suspended on full pay for two years next month, said they are looking forward to co-operating fully with the review, which will examine governance, human resources and financial practices and procedures at UL.

The UL employees raised a number of concerns in relation to the payment of expense claims, among other matters. They refused to sign a severance settlement with UL, which included a confidentiality clause, of nearly €60,000 each.

“All we have ever wanted is to be able to do our jobs properly and feel supported by the university in the use of public funding,” said the women in a statement.

“We sincerely hope that this review has a positive outcome for all who have highlighted issues of concern. This situation has been extremely stressful for us and we really do hope that we are nearer towards a resolution.”

“We note with interest that the new president of UL has repeatedly indicated the willingness of the university to cooperate with the process and his concern to protect the reputation of the university.

“We have long been concerned about the university’s reputation and support the president’s sentiments. However, we are equally concerned that our personal and professional reputations need to be considered and protected.”

UL has confirmed that the employees - referred to Person B and C in the Mazars report - have been replaced by agency staff “so that in the event that B and C were to return to work the agency staff are retained on a one week notice basis.”

If the agency staff replacing Persons B and C are excluded then there has been a reduction in staffing arrangements in UL since 2012, due to “increases in other areas in response to changing business needs.”

The offer of these severance packages will be addressed by the inquiry, along with a number of other severance settlements, which were accepted by employees in other departments, which amount to over €600,000.

These include three severance packages of €220,331, €231,506 and €150,000; the latter was offered to a lecturer accused by three students of inappropriate touching and making inappropriate sexual remarks.

A UL spokesperson said that the announcement of the inquiry follows a call by the new president of UL, Dr Des Fitzgerald, for the department to oversee an independent review of all the issues raised.