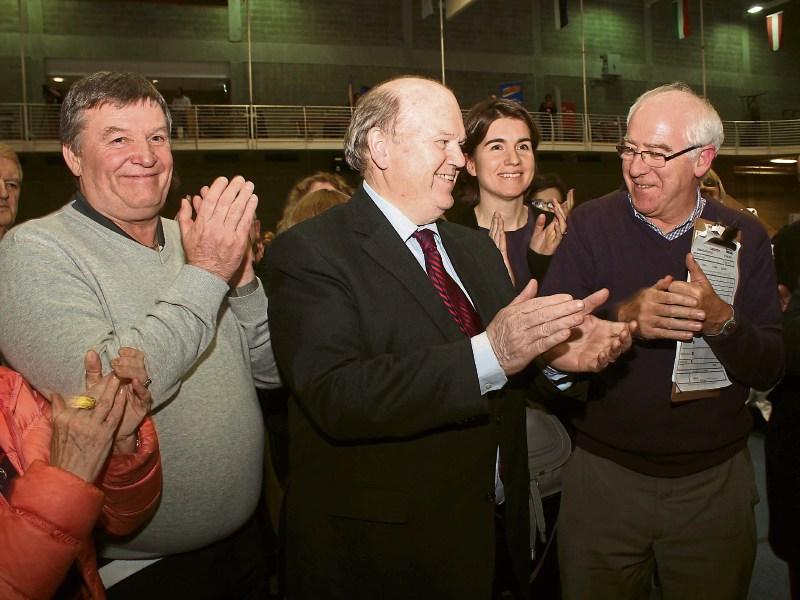 Michael Noonan: Seen here after being elected in 2016, is expected to make a statement on his future

FINANCE Minister Michael Noonan is believed to be preparing to make a statement on his future after Taoiseach Enda Kenny announced he is to step down as leader of Fine Gael.

Speculation is that the long serving Limerick TD will step down from his role as finance minister once the new leader of the party is elected early in June.

“The likelihood is that he will step down, though he could be persuaded to stay for one last Budget at the end of the year,” a senior FG source said late this Wednesday.

“He will be making a statement, but exactly when, I am not one hundred per cent sure,” a source close to the 73-year-old native of Loughill in West Limerick explained.

While stepping down, Mr Kenny will stay on as taoiseach until a new leader of the party is elected, likely on June 2.

Michael Noonan has been a minister in every Fine Gael led government since 1982 and has been a TD since 1981. He has been minister for justice, industry and commerce and health and, of course, finance.

If he were to retire from Cabinet it would be a huge blow to Limerick and the Mid-West as the area would have no voice in Cabinet.

He always longed to be leader of Fine Gael and had to wait until 2001 to get his chance succeeding John Bruton. But the next general election came too early for him, the following year, and Fine Gael had a disastrous election.

Mr Noonan quit and it looked as if his career was finished. But like Lazarus he returned and was appointed finance minister in 2011 and has been hailed for his stewardship of the office through a difficult time for the country.

"After decades of service to our party and country, we owe him a debt of gratitude.

"On a personal level, I owe him so much. He appointed me to the party’s front bench following my first election as a TD. I was honoured to accept a ministerial position from him after the 2011 election. I have learned a lot from Enda, in particular how to lead a team of people with many talents and diverse views," he said.

Fellow leadership contender Simon Coveney, minister for housing, said Mr Kenny had been "a towering figure in modern Irish history and will be recognised as such over the coming days, weeks, months and years.

"I am proud to have served in opposition and then in government with Enda. I saw at close quarters how skilled and driven he was to succeed for our party, in government and for our country. His record in government since 2011 will be viewed very positively by historians, not least how he led the restoration of our economic financial independence over that period, which was a landmark event," he added.