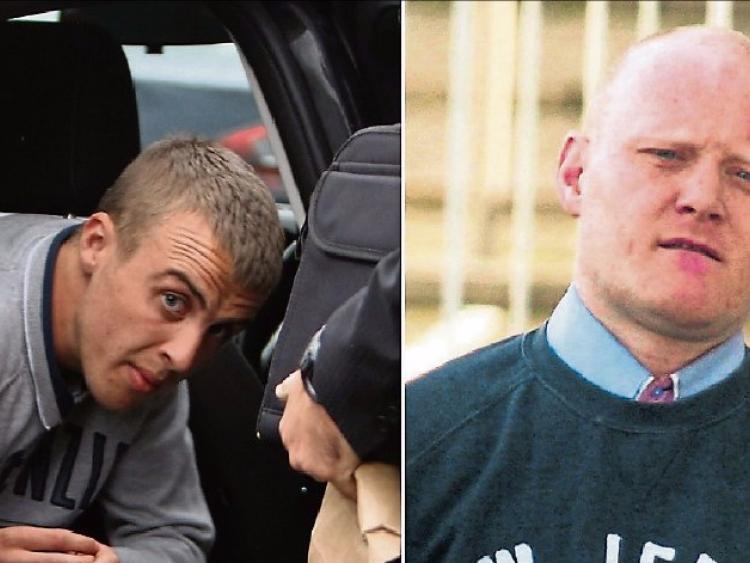 Dylan Hayes and Ger Hogan have been convicted of murdering Shane Murphy at the Grove, Pallasgreen in 2015

TWO Limerick men were sentenced to life imprisonment this Wednesday after they were found guilty of murdering another man at a house-party that descended into violence.

Dylan Hayes, aged 22, of The Crescent, Kilteragh, Dooradoyle was found guilty of murdering Shane Murphy (26) at The Grove, Pallasgreen on April 30, 2015 by unanimous verdict while his co-accused – Ger Hogan, aged 34, of Raheen Square, Ballinacurra Weston – was found guilty by a ten-two majority.

Mr Murphy's family hugged one another and cried once the verdicts were revealed and the deceased's sister, Tracey Murphy, told the court: “We are doing a life sentence ever since Shane was cruelly taken away from us.”

She said Shane, the “baby brother”, was the youngest of eight children and a happy go lucky boy who grew up to be a loving and caring uncle to his many nieces and nephews.

“He was always laughing and joking,” she said adding that his family’s world “came crashing down" when they received the phone call telling them that he had been murdered.

During a 12-day trial at the Central Criminal Court, the jury heard a number of people, including Ger Hogan and Shane Murphy, were drinking at the house in Pallasgreen on the date of the offence.

The house belonged to Sharon Kelly, the girlfriend of the deceased, who was the only one who was not drinking. Also present were Ailish Flood and Jodie Byrnes.

On the day Shane died, Ms Byrnes phoned Dylan Hayes and told him that a man had tried to rape her in the house the previous night.

When Hayes arrived at Pallasgreen he was angry and told Jodie he was going to get the "rapist bastard". However Sharon Kelly told the jury she didn't believe Jodie Byrnes' allegations and had told Hayes that she was lying.

As tempers flared Hayes confronted Shane Murphy, asking him: “Did you call me a junkie?”

According to Sharon Kelly, being called a junkie is one of the worst and most inflammatory insults that could be used among the circle of people she knows.

Hayes told gardai that Murphy responded: “Yeah, I did. What are you going to do about it?” It was at this point, according to Hayes' statements to gardai, that he went to the kitchen, grabbed a knife and came back to the sitting room where he began stabbing Shane Murphy repeatedly in the chest, stomach, arms and legs.

Deputy State Pathologist Dr Linda Mulligan said one of the 23 stab wounds inflicted on Shane Murphy pierced his heart while others had damaged both lungs and the liver. Defensive wounds to his hands suggested he had tried to protect himself from his attackers.

The prosecution case in relation to Ger Hogan was that he was involved in a joint enterprise with Hayes to murder Mr Murphy.

According to witnesses, Hogan and Murphy had got on well but the atmosphere changed when Hayes arrived. As attempts were being made to get Hayes and Hogan out of the house, Mr Murphy headbutted Ger Hogan.

It was around this time that Dylan Hayes entered the row and began arguing with Mr Murphy.

Sharon Kelly said she saw Hogan attack and stab Shane Murphy with Dylan Hayes. She also said that Hogan and Hayes were saying "get him, get him" as they egged each other on.