eN Centre for Entrepreneurs to be located at CBS Sexton Street 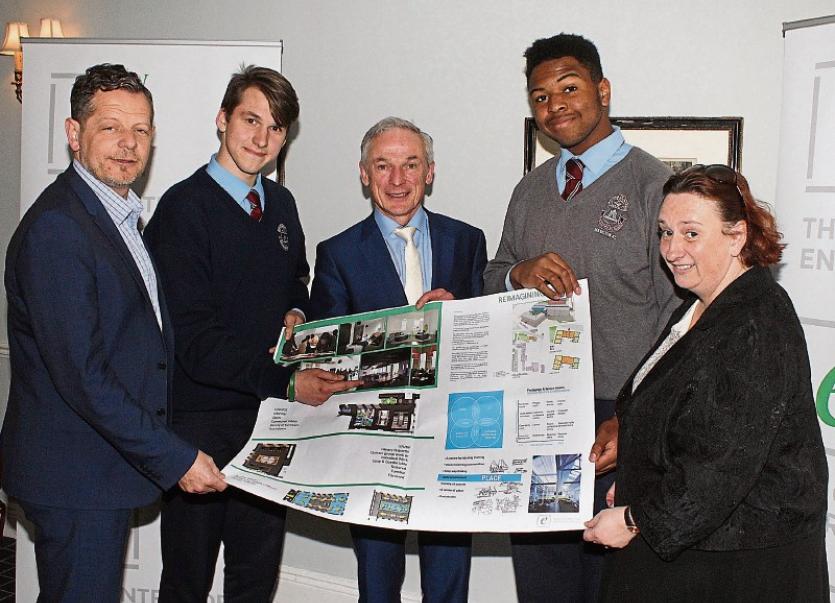 A LIMERICK city centre secondary school is set to pioneer an innovative entrepreneurship pilot project after getting the green light from the Department of Education.

The eN Centre for Entrepreneurs is now in development phase, which will be located on the site of CBS Sexton Street, and was launched by Minister for Education Richard Bruton.

The facility will act as a learning hub delivering entrepreneurial studies to young people, and will also be a co-working space for start-ups.

Led by former Secretary General at the Department of Finance John Moran, the project has been developed with the support of the Department of Education, the Edmund Rice Schools Trust, CBS Sexton Street, LIT, the Entrepreneurship Academy, Innovate Limerick and the pupils themselves.

Minister Bruton said that a strong focus on entrepreneurship works with the Government’s Action Plan for Jobs.

“As the project evolves the school can act as a model for boosting and nurturing entrepreneurship in both primary and post-primary education across Ireland, as well as providing a platform for alumni of those schools to start their own business,” he said at the launch.

John Moran has announced he is committing over €100,000 to the start-up costs of eN in memory of his father, a local Limerick entrepreneur, who passed away last year.

“Ireland needs more start-ups. It is now time to teach Ireland’s future generations that instead of just looking for their dream job they should look for their dream clients and learn how to take control of their own destiny by creating a business for themselves and others,” he said.

Minister Bruton also visited Gaelcholaiste Luimnigh, which was awarded Ireland’s first ever Apple School of Distinction, for its excellence in ICT education.