Jury expected to begin its deliberations in Limerick murder trial 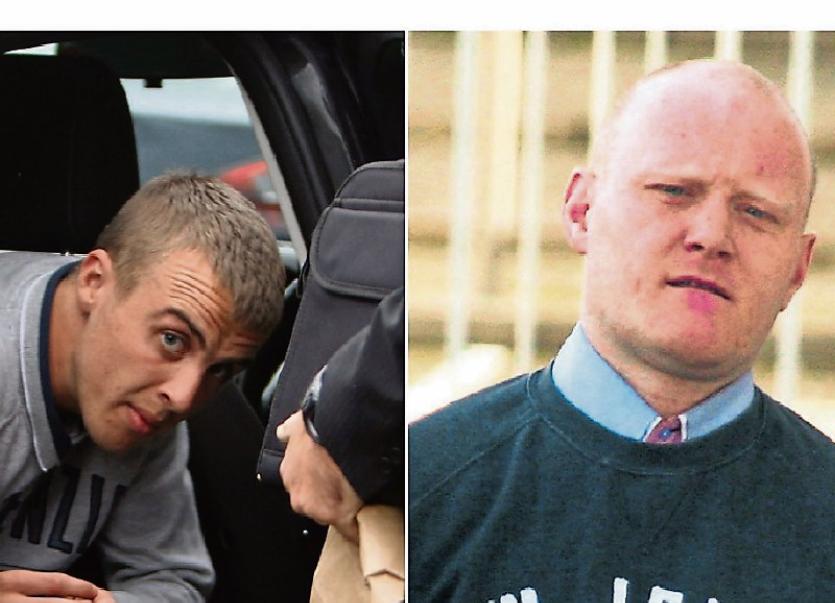 Dylan Hayes and Ger Hogan have pleaded not guilty to murdering Shane Murphy at the Grove, Pallasgreen on April 30, 2015

THE jury in the trial of two Limerick men who are accused of murdering another Limerick man two years ago is likely to begin its deliberations this Monday.

Evidence in the trial of Ger Hogan and Dylan Hayes has concluded and on Friday the jury of five men and seven women heard closing speeches from the prosecution and defence barristers.

Hogan, aged 34, of Raheen Square, Ballinacurra Weston and Dylan Hayes, aged 22, of The Crescent, Kilteragh, Dooradoyle have pleaded not guilty to the murder of Shane Murphy at The Grove, Pallasgreen on April 30, 2015.

In his closing speech Paul Burns SC told the jury that the evidence they heard during the trial should satisfy them that the two accused men are guilty of murder.

Mark Nicholas SC, said his client – Dylan Hayes –  admits killing Mr Murphy, but asked the jury to return a verdict of manslaughter on the grounds that he had lost all self control at the time of the attack.

He told the jury to be careful when considering the eye witness evidence. He said the house in Pallasgreen was “not your usual suburban dwelling, it's not the Waltons.”

He said it was gritty and grim, a dark place and the people staying there had their own problems. On the night in question it was “awash with drink”.

He said Dylan Hayes accepts he stabbed Mr Murphy but he asked the jury to consider the defence of provocation.

Mr Nicholas said they must consider Mr Hayes, with his character and background, and if they believe it is reasonably possible that he lost all self control they should find him not guilty of murder but guilty of manslaughter.

Michael Bowman SC, representing Ger Hogan, said the scientific evidence in the case had proven that his client did not stab the deceased and he called on the jury to acquit him.

He said eye witness testimony of Sharon Kelly and Ailish Flood, who said they saw Mr Hogan stab the deceased, had been torn apart by the scientific evidence.

While everyone who was in close proximity to the deceased during the attack were covered in Mr Murphy's blood, Mr Hogan had none of the deceased's blood on him.

He submitted that the screwdriver allegedly used by Mr Hogan during the attack was not responsible for any of the fatal wounds, according to the evidence of Deputy State Pathologist Dr Linda Mulligan.

Mr Justice Patrick McCarthy will begin his charge to the jury this morning.