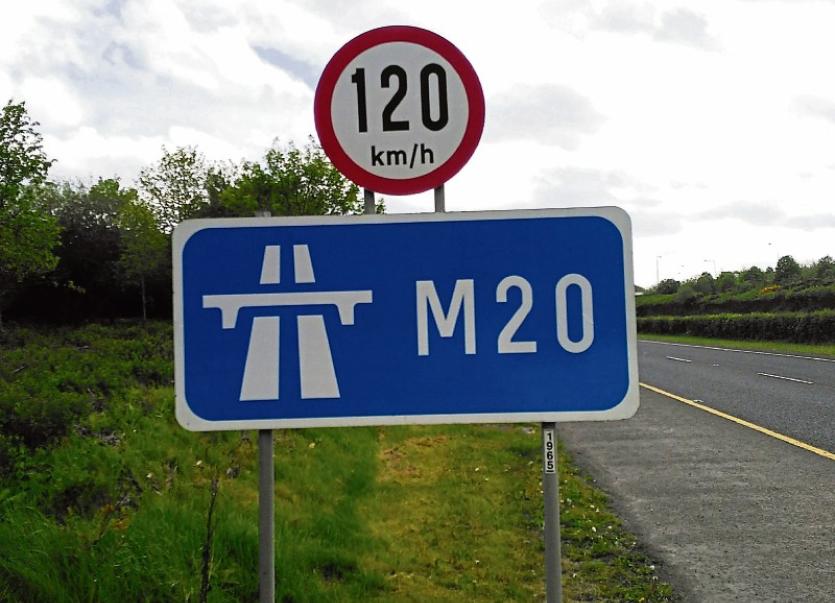 McHale Plant Sales, based in Birdhill, has lodged a submission in favour of the project

A TIPPERARY company has nailed its colours to the mast in support of the Limerick to Cork motorway upgrade.

McHale Plant Sales, based in Birdhill, lodged a submission backing the project with the Department of Public Expenditure and Reform.

It was written in response to a public invitation issued by the Minister involved, Paschal Donohoe, and in support of efforts being made by local senator, Kieran O’Donnell. The submission cites numerous reasons why the existing N20 should be developed as a motorway “in the public good”.

Key amongst the arguments made by the construction plant and machinery distributor is the “urgent need to relieve traffic congestion”, a problem they contend is “stifling  communications and trade along this key south western corridor”.

They say it poses risks of all kinds to those “who live near it and have no alternative but to use it”.

The N20 is described as “a crawling bottleneck that promises nothing but delay, frustration, inconvenience and hazard to those communities who must contend with the numerous threats and drawbacks that heavy traffic brings”.

Declaring its own interest as a company whose customers could benefit from a decision to undertake the work involved, the submission goes on to list benefits that it believes a motorway would bring.

Supporting arguments made under various headings include cost savings, environmental and health benefits, including faster hospital and other emergency access, job creation, economic benefits, safety, and the diversion of traffic flows away from minor roads locally.

In light of efforts being made to promote the Wild Atlantic Way to tourists, at home and abroad, they say that an M20 motorway would be a vital new link in a western corridor that would open up the Atlantic coastline and its numerous attractions to an even greater number of visitors.

Moreover, it would significantly improve travel time to and from Shannon Airport and between major population centres from Cork to Donegal.

Michael McHale, the company’s managing director, said he was mindful of the old saying that “time is money”.

“It is to be expected that business users would translate savings in journey times into economic benefit through reductions in transportation and distribution costs, while private users would make significant annual savings in fuel consumption and in other ways,” said Mr McHale.