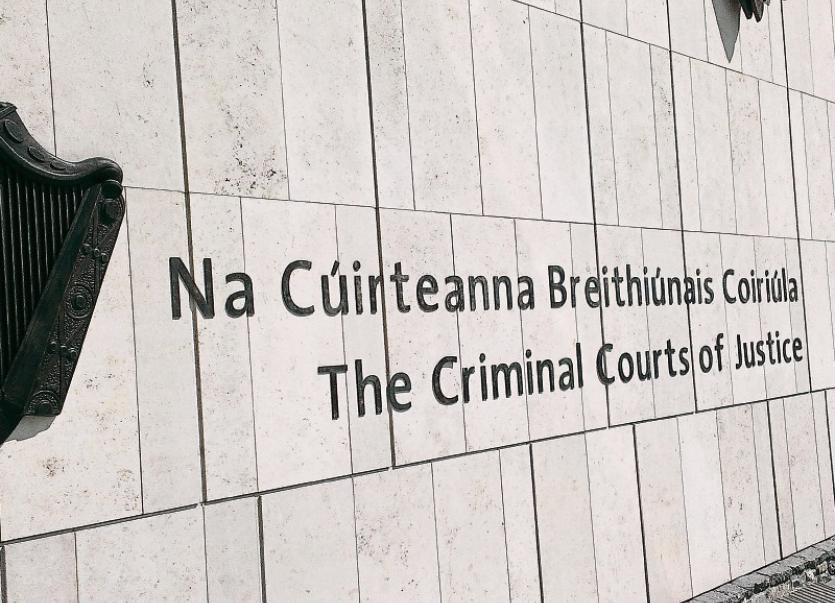 AN unarmed Limerick man was subjected to a “brutal attack” and stabbed 23 times at his girlfriend's house, a prosecution barrister has told a jury at the Central Criminal Court.

In his closing speech, this Friday, Paul Burns SC told the jury that the evidence they have heard should satisfy them that the two accused men are guilty of murder.

Ger Hogan, aged 34, of Raheen Square, Ballinacurra Weston and Dylan Hayes, aged 22, of The Crescent, Kilteragh, Dooradoyle have pleaded not (NOT) guilty to the murder of Shane Murphy at The Grove, Pallasgreen on April 30, 2015.

In his closing speech, Mark Nicholas SC, said his client – Dylan Hayes –  m admits killing Mr Murphy, but asked the jury to rurn a verdict of manslaughter on the grounds that he had lost all self control at the time of the attack.

Michael Bowman SC, representing Ger Hogan, said the scientific evidence in the case had proven that his client did not stab the deceased and he called on the jury to acquit.

Pointing to the evidence given by a number of independent witnesses, Mr Burns said the people in the house who saw the “horrific and wholly unnecessary” attack had told them that they saw both accused attack Mr Murphy and that they were acting together.

He said the pathologist's evidence showed Mr Murphy suffered 23 stab wounds and other injuries including incisions to his hands that suggested he tried to protect himself from the knife attack.

He described Mr Murphy as a young man, aged just 26 years, who was “subjected to a brutal attack” and who suffered "atrocious injuries".

Mr Burns went over the evidence of Sharon Kelly, the partner of the deceased, who he said told the court that various people were in her home in Pallasgreen that Thursday night.

Although others were drinking, Ms Kelly was not.

When Dylan Hayes arrived she decided she didn't want him in her house and asked him, Ger Hogan and Graham Kelly to leave. They refused to go and Sharon was headbutted by Dylan Hayes. As the violence developed Ger Hogan hit Shane Murphy with an ash tray.

“He must have been in a totally defenceless position,” Mr Burns said, adding that Ms Kelly further remembered the two men egging each other on, saying “get him, get him”.

Mr Nicholas told the jury to be careful when considering the eye witness evidence. He said the house in Pallasgreen was “not your usual suburban dwelling, it's not the Waltons.”

He said it was gritty and grim, a dark place and the people staying there had their own problems. On the night in question it was “awash with drink”.

He said the tragedy is that Shane Murphy is dead and he said that Dylan Hayes accepts that he stabbed him but he asked the jury to consider the defence of provocation.

Provocation comes into play, he said, when an accused person loses all self control as a result of something said or done by the deceased.

Counsel said the jury should consider Mr Hayes's age, 20 at the time. He had some struggles but had never come to the attention of gardai for violence.

For three years he had a relationship with Jodie Byrnes and fell in love with her. Although they had broken up, they had shared some intimacy in the days previous to the attack.

That Thursday Mr Hayes received a phone call from Ms Byrnes saying a man had tried to rape her in the house in Pallasgreen the previous night. “She is wound up about it and has been winding up Dylan,” he said.

Mr Dylan went to see her and speaks to her in an upstairs bedroom before coming downstairs where there is “mayhem”.

There is roaring and shouting as Sharon Kelly is trying to get everyone out of the house. “It is a hot and hostile place,” said Mr NIcholas, and then Mr Hayes was told by Sharon Kelly and Shane Murphy that Jodie is lying about the sexual assault.

As the “pulling and dragging” continued there was an accusation that Shane Murphy called Mr Hayes a junkie.

“Put yourself in his shoes,” said Mr Nicholas. He asked them to think of the “sting” of being told that Jodie is a liar and being called a junkie and being pushed out of the house.

He said they must consider Mr Hayes, with his character and background, and if they believe it is reasonably possible that he lost all self control they should find him not guilty of murder but guilty of manslaughter.

He also asked them to consider the pathologist's evidence, which described a “frenzied attack” in which 23 stab wounds and 26 other bruises and abrasions were inflicted.

This, he said, showed that Mr Hayes, who had no background of violence, was not in control of his own actions.

Mr Bowman said the eye witness testimony of Sharon Kelly and Ailish Flood, who said they saw Mr Hogan stab the deceased, had been torn apart by the scientific evidence.

While everyone who was in close proximity to the deceased during the attack were covered in Mr Murphy's blood, Mr Hogan had none of the deceased's blood on him.

He submitted that the screwdriver alleged used by Mr Hogan during the attack was not responsible for any of the fatal wounds, according to the evidence of Deputy State Pathologist Dr Linda Mulligan.

He said that the pathologist's evidence could not link the screwdriver definitively to any of the wounds and asked if this was compatible with the idea that he was wielding the weapon like a “maniac”.

Mr Bowman said the prosecution is attempting to convict his client on the basis that he was involved in a joint enterprise with Mr Hayes. He said the only evidence to support that idea was that Sharon Kelly claims she heard both accused men say: "Get him, get him."

He told the jury that she is not reliable and his client should not be convicted based on what she said she remembers hearing.

He called for a full acquittal but also pointed out that if the jury believes Mr Hogan did play a role in the death of Mr Murphy, that they should consider the defence of provocation in his case also.

Justice Patrick McCarthy will begin his charge to the jury on Monday.