Local residents concerned about the impact of plans 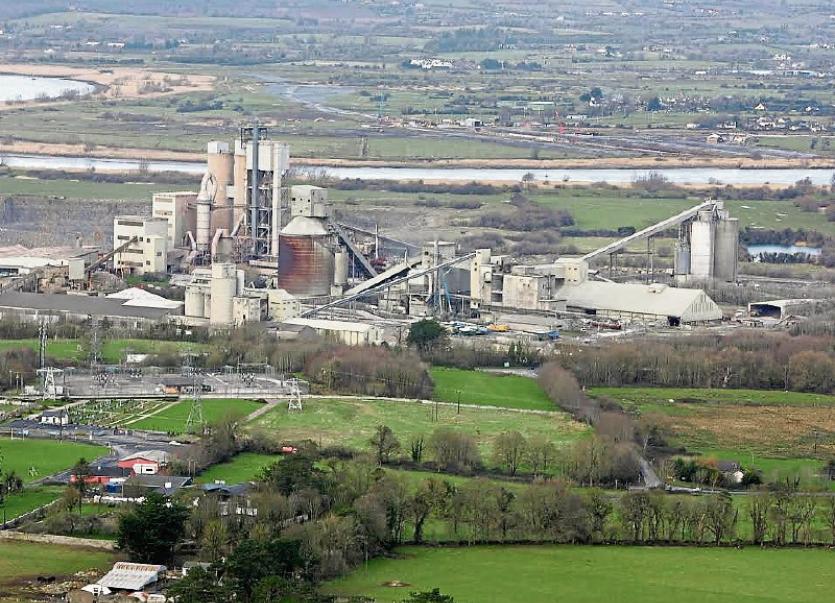 THE principal of a new secondary school planned for Mungret park has written to the environmental regulator to express his concerns over Irish Cement’s €10m plans.

The company is planning to phase out the use of petroleum coke at its plant just yards away from where the new Mungret College is planned, and instead use solid recovered waste and used tyres.

The proposals have sparked a backlash in the local area, with residents concerned about the impact on the environment and public health of burning these materials.

Now, Liam O’Mahoney, who is principal of the Mungret Community College, due to open in September, has written to the Environmental Protection Agency (EPA) to express his concerns.

The communication, sent following a meeting with the interim board of management, says they are “concerned that the proposed incinerator for the Irish Cement factory in Mungret may have an influence on the air quality in the area.”

“We intend to encourage our students to be physically active, eat healthy, respect the environment and their own and others wellbeing. We would appreciate it if you could keep us informed on any further developments around this proposed project as the health and safety of our students is a priority,” Mr O’Mahoney writes.

Fianna Fail councillor James Collins, who sits on the interim board of management, said: “Liam and his staff are going to be working there. They and the children are going to be spending a substantial amount of time there. It’s a big worry what Irish Cement is proposing to do in the parish and our neighbourhood.”

Separately, the HSE’s department of public health has written to all general practitioners in the Limerick city area over recent dust blow-outs which have coated residents cars in Mungret and its surrounds.

The letter advises doctors of the main health effects associated with short-term exposure to the dust.

“These are irritation of the eyes, skin and respiratory tract. Our advice is to clean the eyes and skin with water, should contamination occur,” the letter states.

It adds that the Department of Public Health – which has received three reports of symptoms consistent with this – will complete “health surveillance” on the local population.

Irish Cement has always maintained its proposals for Mungret will not pose a threat to the environment, given the fact that the tyres and waste will be burnt at close on 1,500 degrees celsius.

Bosses in Mungret have also said that it is crucial the reforms are waved through for the company to remain competitive in Limerick.

If it gets permission, some 60 temporary building jobs will be created.