Scope of Limerick Twenty Thirty's work may now be extended 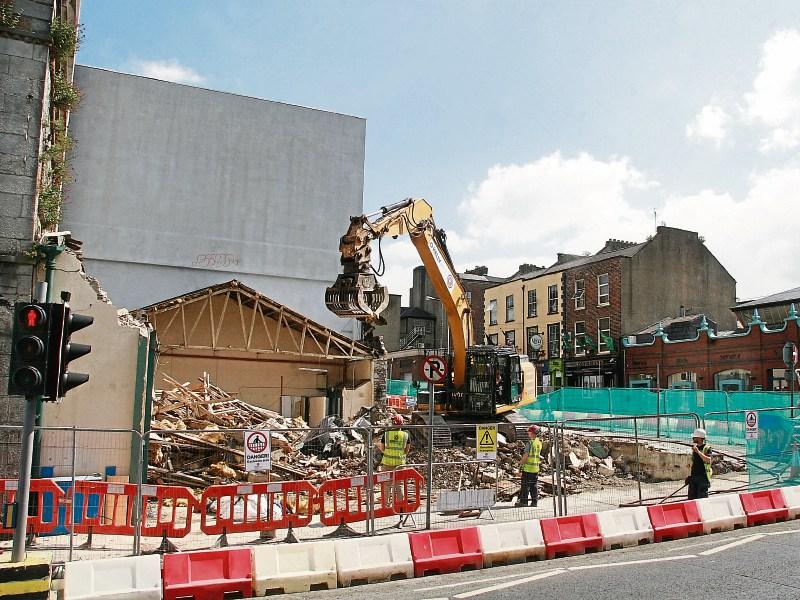 Major work got underway at the Gardens site this week Picture: Adrian Butler

THE scope of the Limerick Twenty Thirty company could be extended to cover even more projects, the Limerick Leader can reveal.

At present the special purpose vehicle operating independently of the council has been charged with completing the Gardens International office development at Henry Street, the Opera Centre in Patrick Street and Cleeves Factory.

But this week, Cllr James Collins, a director of the company, has revealed that the local authority has asked the group – headed by Denis Brosnan – to look at other projects, including residential schemes.

“We’ve proven we can turn a project around quickly with the Hanging Gardens, so we’ve been asked to look at one or two other things,” he said.

The €17m conversion of the Gardens International site (formerly known as the Hanging Gardens) into state-of-the-art office space took a big step forward this week, as the former Thomond Office supplies building at the corner of Henry Street and Lower Glentworth Street.

This comes less than a month into the project, which only broke ground after Easter.

Cllr Collins said that there is a hope to stick to the 60 week construction plan.

“There’s a lot of work which needs to be done. We want it to happen quickly. There’s a lot of interest in companies taking the building when it will be finished. People will be interested in renting off us. We’ve given a commitment it will be done by summer 2018, so we’re cracking on with it. It’s a case of full steam ahead.”

It’s anticipated the focus of Limerick 2030 will switch to the Opera Centre site next, with a summer date being mooted for a planning application.