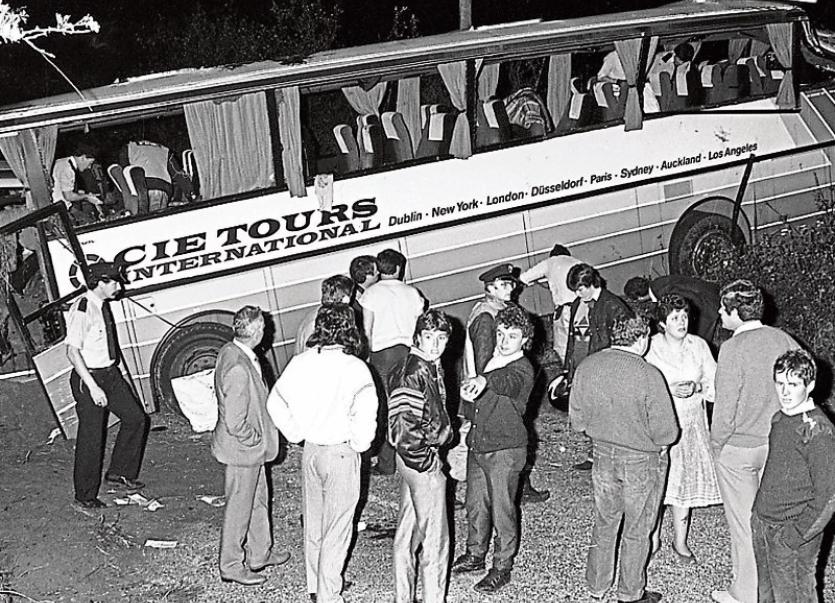 The scene of tragic bus crash near Ballyneety

THIRTY years ago, the people of Limerick were trying to come to terms with their collective grief in the aftermath of the Pike Rovers bus crash which led to the deaths of three people and many more being injured.

We discovered some photographs from the crash and its aftermath amongst our vast archive of photos. They stand as testimony to one of the most harrowing events in Limerick’s recent history, an event that will live long in the memory of everyone affected by it. 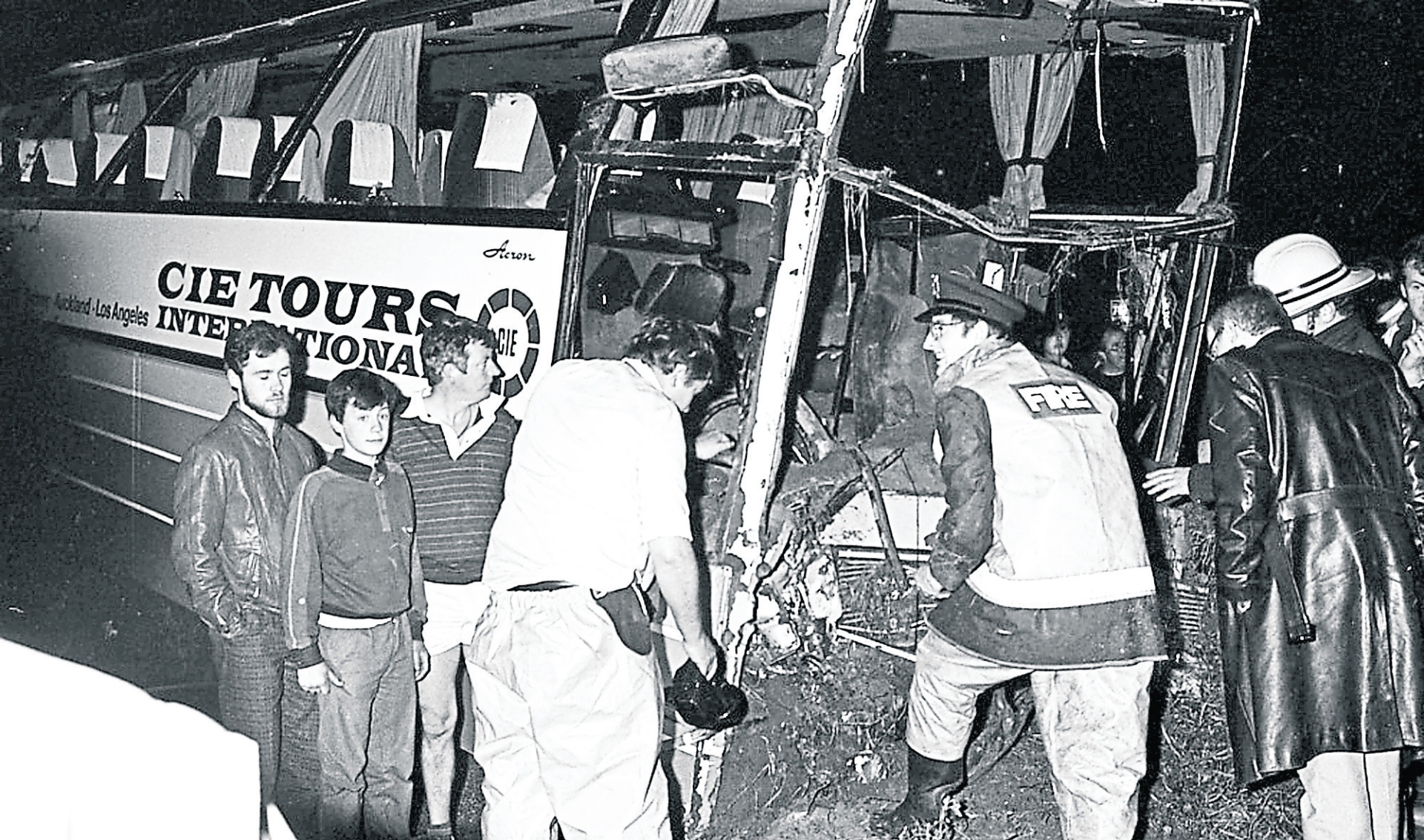 The crash occurred on Sunday, April 26, at approximately 8.50pm when a CIE chartered coach, carrying 53 Pike Rovers soccer players, officials and supporters, mounted the ditch on the roadside approximately 100 yards on the city side of the Cat’s Cradle Bar near Ballyneety.

Those on board were returning from Cork, the team having played a scoreless draw against the John Bosco club at Midleton in a quarter final of the Munster Junior Cup.

The bus was taking that route in order to drop off some passengers near their homes.

The front of the bus almost completely disintegrated on impact while the rear section could be seen suspended over the road from the ditch. 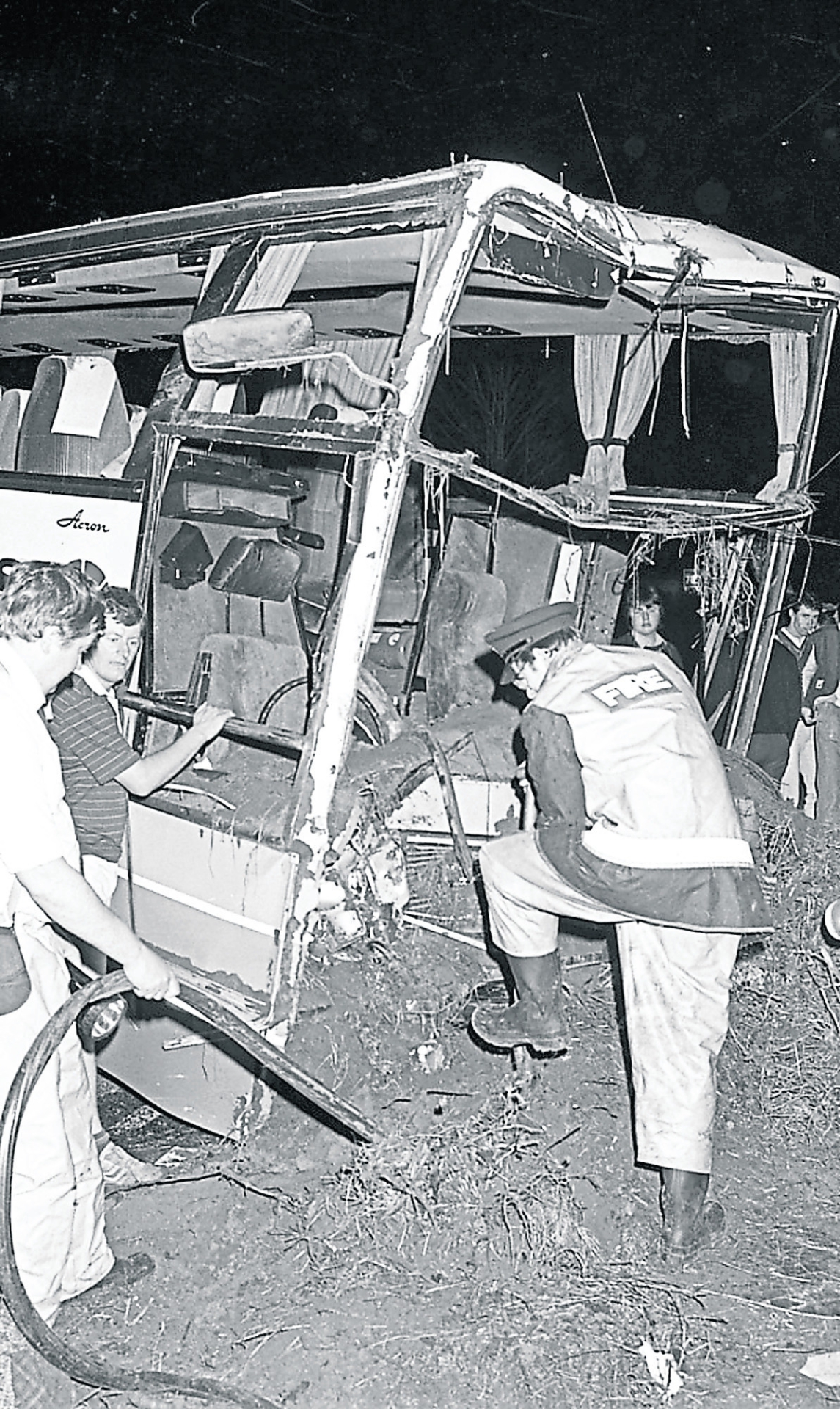 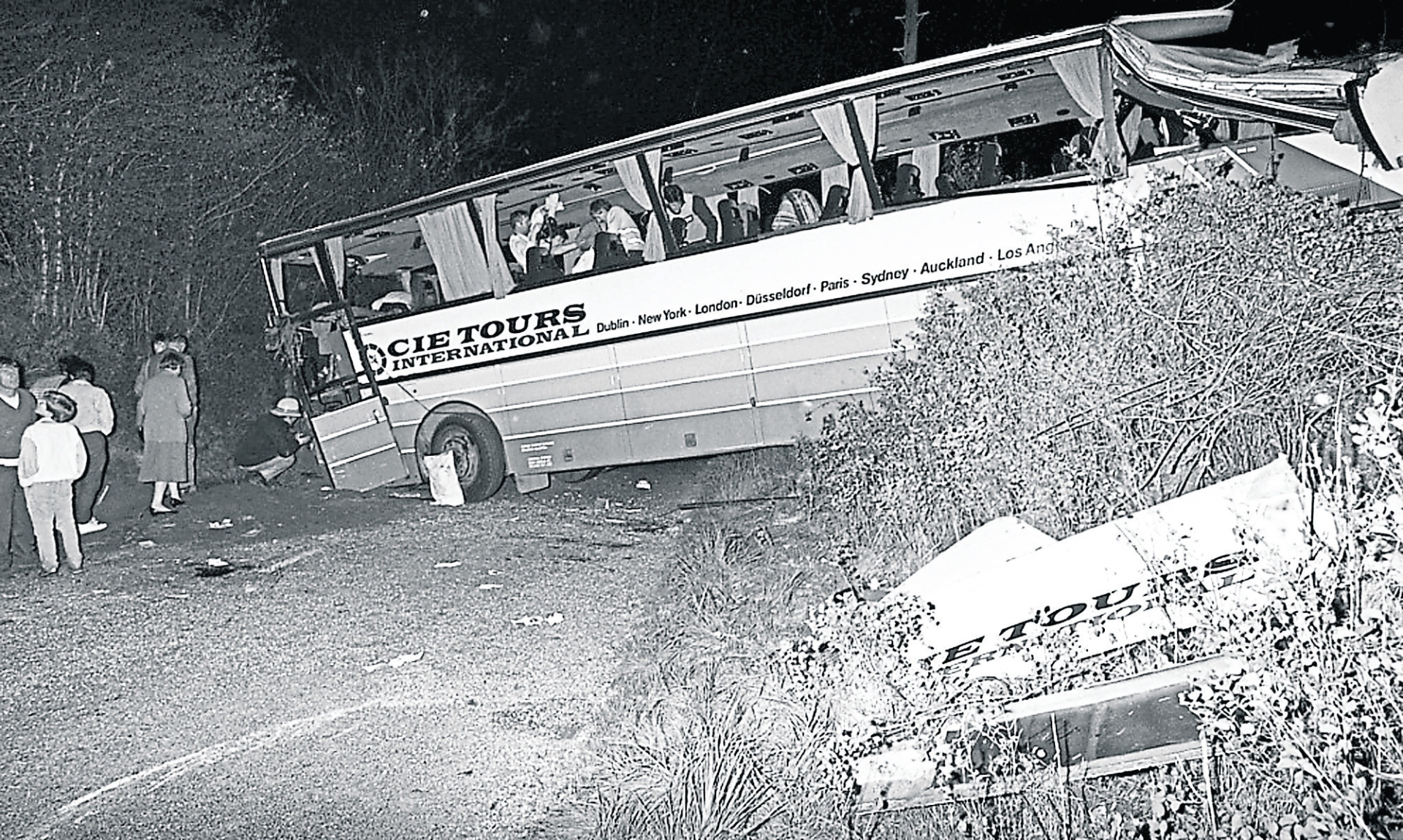 Initial reports described horrific scenes with “passengers scattered on the ground and in nearby fields”. Many were said to be bleeding profusely while others were trapped inside the vehicle. Gardaí were swiftly on scene and Limerick’s Major Accident Plan swung into action.

One man, Tony Hanley (46) from Garryowen, a married father of four and a former chairman of the club died instantly (crowds later gathered for his funeral in the picture below). 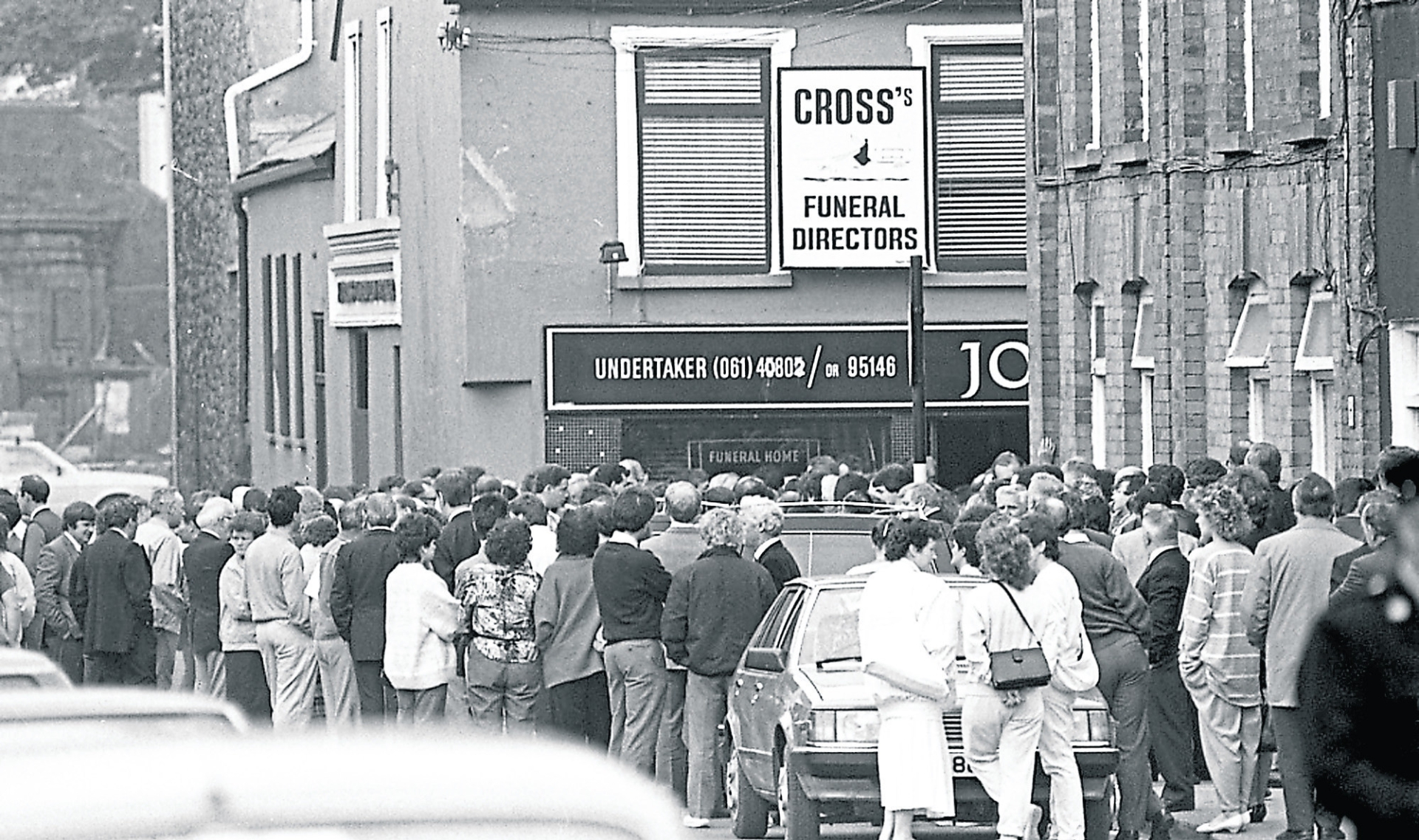 Of the injured, 37 were treated at the Regional Hospital while 12 were admitted to Barringtons. Nine passengers were seriously injured, four of them critically. 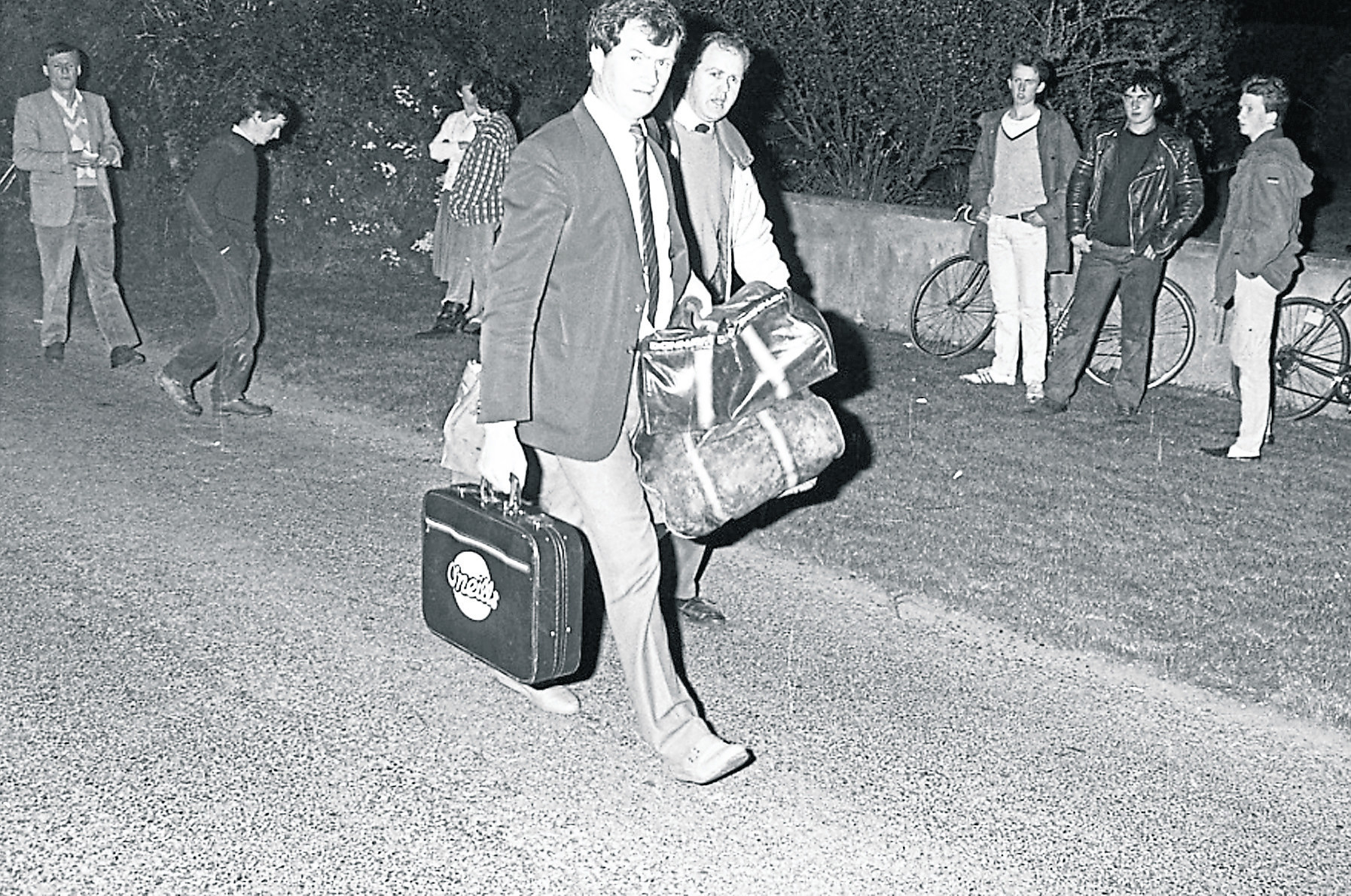 Adrian Lipper, the team captain, was among the injured. His father, Mick, drove to and home from the match in his own car. When, at approximately 9.15 pm, he heard about the accident he drove out to the scene, where he said he was “horrified” and “shocked” by what he saw.

According to one newspaper report, “those early on the scene were baffled that so many escaped without being seriously injured”. 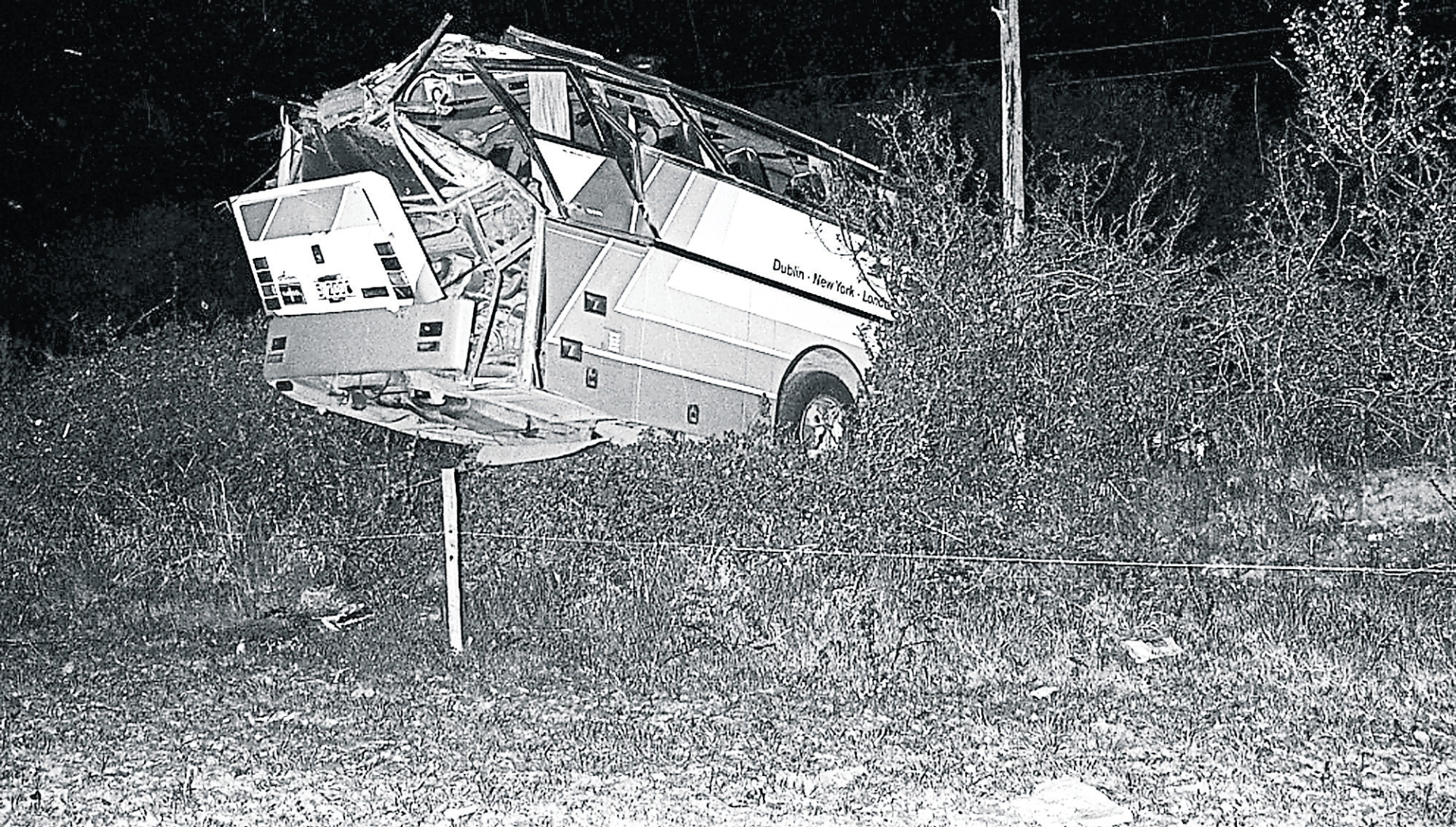 Paul Mulally (5), the team mascot, was among those critically injured and was later transferred from the Regional Hospital in Limerick to Cork for treatment for his injuries. Meanwhile, his father, Fran, and grandfather, Gay, were being treated in Barringtons. 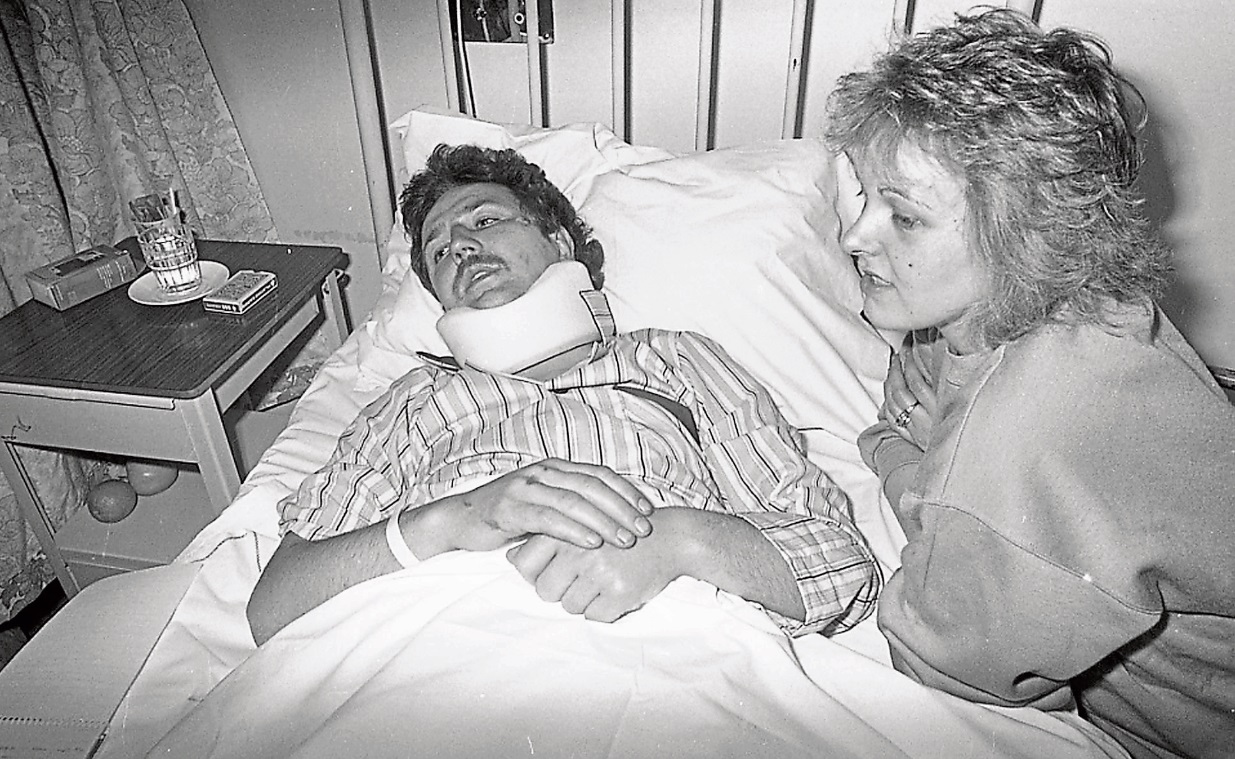 In the days immediately following the accident, the bus was found to be mechanically sound and An Garda Síochána and CIE began separate investigations into the cause of the crash.

Fulsome tributes were paid to hospital staff, the Gardaí, ambulance crews, firemen, and members of the public who tended the injured and ferried some to hospital in private cars. Incredibly, within 35 minutes, all the injured had been removed from the crash site. 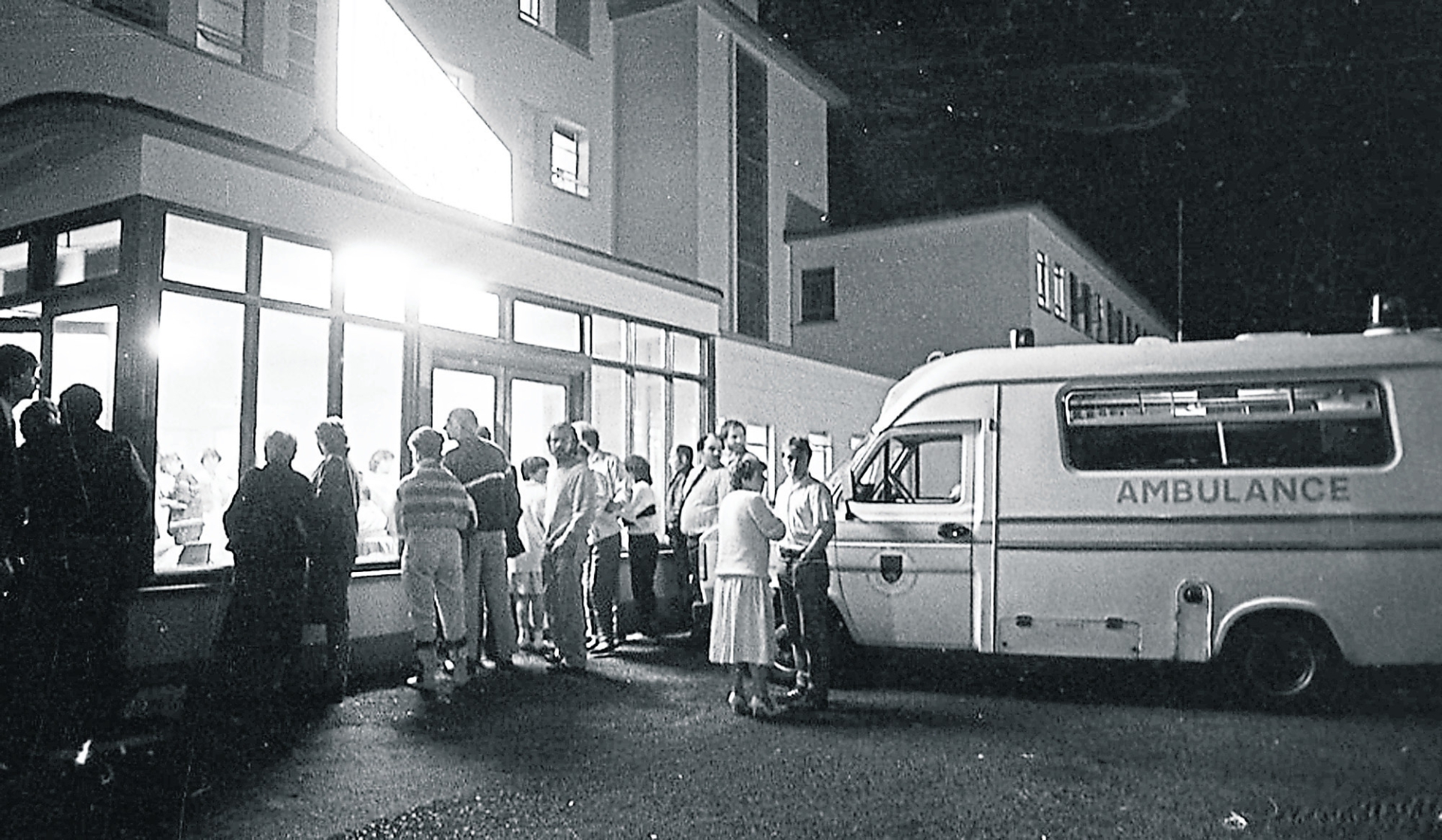 Also, the inquest found that Mr Hanley died from cardio-respiratory failure due to head and chest injuries consistent with involvement in a road traffic accident.

More grief was to follow. On New Year’s Eve of the same year, little Paul Mulally finally succumbed to his injuries at the Regional Hospital after an eight-month battle for life.

One year after the crash the driver, who himself suffered traumatic leg injuries in the crash, was found guilty of causing death by dangerous driving and given a two-year suspended sentence and banned from driving for ten years.

A number of factors contributed to this verdict: witnesses suggested he had consumed alcohol on the day of the accident; while an experienced bus driver, he had not received adequate training in the operation of the particular type of coach and was using a diagram to aid him manage the controls on the dash; and he drove too quickly, with reports suggesting that passengers had requested him to slow down prior to the crash.

The driver admitted to the dangerous driving and was described as “abjectly contrite” for what the judge described as his “foolish and irresponsible” actions.

Limerick singer-songwriter and Pike Rovers fan, the late Tadhg Horan, expressed the feelings of many in a song he composed in memory of those he referred to as “The Missing Ones.”

He sang of hopes and dreams “shattered like the glass in that tangled wreck of steel”, of a nightmare that will never end for the families, of survivors “who struggled for their lives”, and those who willed them to survive. He sang that “things will never be the same ‘round here, without our Missing Ones.”

But he voiced hope too. He looked to the Missing Ones for inspiration, asking “what must be done?” The answer for Tadhg was, “Let the Hoops roll on and on, roll for you and me.”

And the Hoops (referring, of course, to the team’s strip of green and white horizontal stripes) did carry on. With only a handful of players from the first team fit to play, replacements were found among the ranks of the B and C squads.

Admittedly, it was a much-altered team that took to the pitch against Park Rangers just two weeks after the crash, but digging deep and, in a heartfelt tribute to the deceased and the injured, they managed a win against the Shannon side in a league match.

And so, battered, heartbroken but determined, the Hoops continue to roll on and on and remain one of the leading junior soccer teams in Limerick.