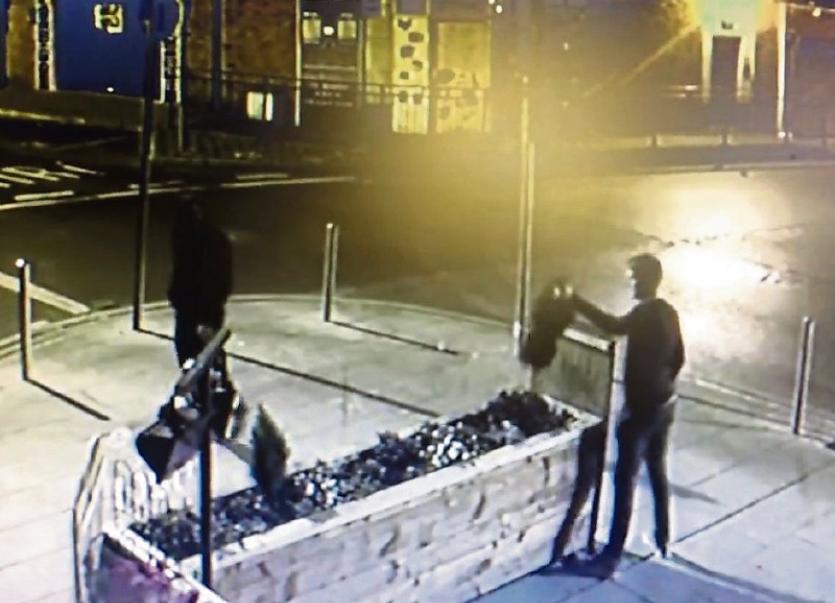 A still from the CCTV footage

A LIMERICK city pub has posted CCTV footage of a young man causing damage to its flower bed outside the premises over the weekend.

Mothers Macs pub on High Street posted the CCTV footage on its Facebook page on Sunday, showing a man uproot a plant from the pub’s flower bed in the early hours of the morning.

It said on Facebook: “Mother wasn't happy this morning to find one of her plants missing. Maybe your mother might see this and have a word!”

The Facebook post has been shared more than 100 times, with a large number of social media users hitting out at the individual, who was accompanied by another male.

Adding in the comments section, Mother Macs said: “Mother is disappointed because we are proud of our city, we try our best to promote the city and then individuals have disrespect for our city.”

"And it is very important for those people to feel safe in the city, because that is one of the attractions of a purple flag city.”

Purple Flag areas have all reported a consistent increase in footfall and a decrease in crime within the evening and night-time economy.

“We have a lot of nice things happening, as we recently saw with Riverfest, where we attracted thousands of people into the city. And we need to be perceived as a safe city,” the Mayor said.