"Those responsible should be ashamed of themselves" 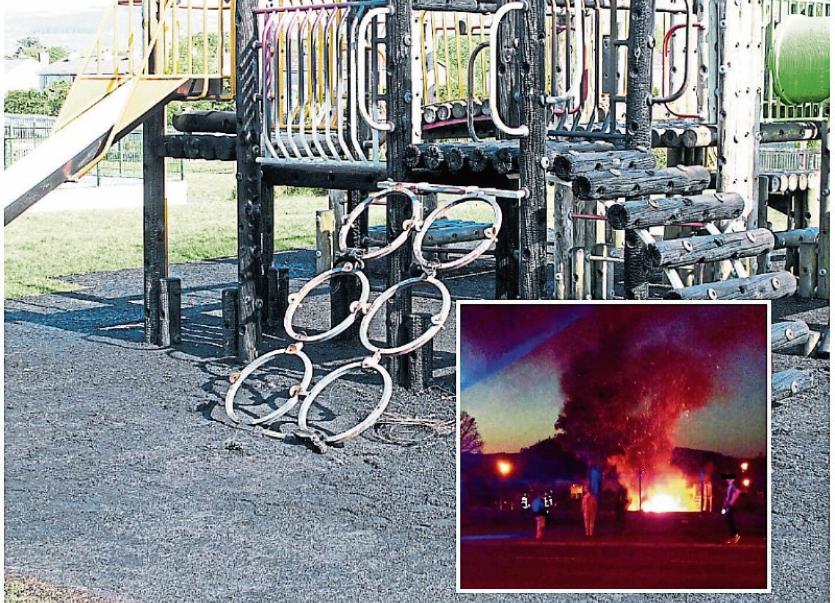 The scene of the fire which destroyed the apparatus - Picture: Michael Cowhey

The Mayor of Limerick has condemned the actions of those responsible for a fire at the children’s playground in Moyross at the weekend.

A climbing frame and slide at the playground were extensively damaged after a tyre ladder went up in flames at around 10pm on Sunday.

While a number of youths were in the playground at the time, nobody was injured in the fire.

A number of units of Limerick Fire and Rescue Service attended the scene and the fire was quickly brought under control.

While a garda investigation is underway, it is not believed the fire was started deliberately.

“It’s being investigated but we think it was a prank or something gone wrong. It wasn’t deliberately targeted or anything like that,” said Paddy Flannery.

However, Cllr Kieran O’Hanlon says those responsible should be ashamed.

“I’m shocked at the news that the playground was vandalised overnight.  The playground is a resource for the whole community and it’s shocking to think that someone could damage it, regardless of their intentions. Whoever was responsible should be ashamed of themselves,” he said in a statement.

Members of the divisional scenes of crime unit carried out a technical examination at the playground in the early hours of Monday morning and CCTV footage is also being viewed as part of the investigation.

Several photographs of the fire were posted on social media with many people expressing their disgust at what happened while others questioned if the fire had been started deliberately.

The playground, which opened in 1997,  remained closed this Monday but is expected to re-open later in the week.

However, the climbing frame and slide will not be available and will have to be replaced in the coming months.