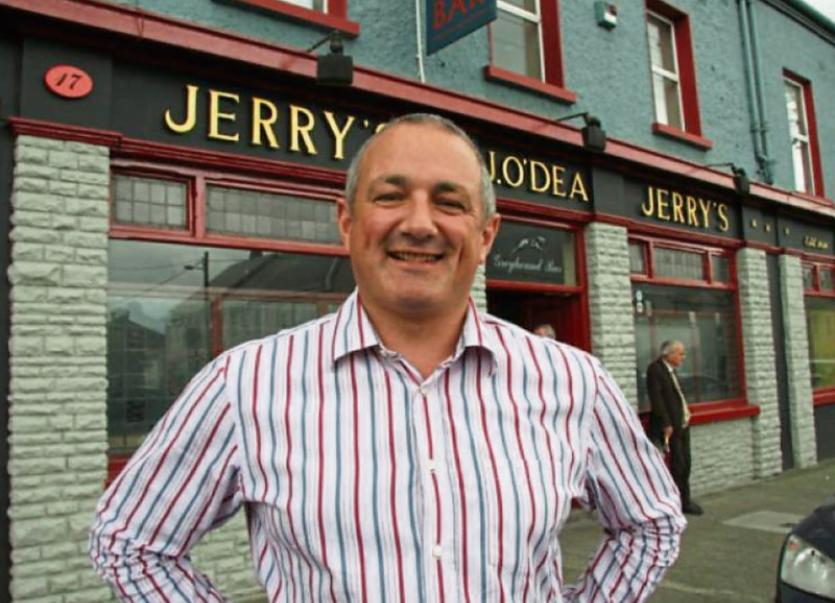 THE NATIONAL secretary of the Vintners’ Federation of Ireland – and well-known Limerick publican – has said that action must be taken to avoid a Brexit-induced recession in the hospitality sector.

Jerry O’Dea said that Limerick must look elsewhere to grow its tourism sector, “particularly to Europe and North America, and to countries like China and India” to avoid another downturn.

“Before the recession, Ireland was one of the world’s wealthiest countries, and now despite it, we are one of the EU’s fastest growing. Brexit, however, has the potential to impact our internationally-envied recovery by threatening our most important industries. Tourism is essential to Ireland and particularly Limerick,” said Mr O’Dea.

The publican pointed out that in the last quarter-century, the population of county Limerick has increased by over 33,000.

According to the National Tourism Development Authority, Limerick also hosted over 537,000 overseas tourists, which led to €212m in revenue in 2015.

“With more than 30 percent of overseas tourists in Limerick originating from the UK, will the sector be jeopardised by a quick or poorly negotiated Brexit that results in a hard border or more immediately, a weak pound? We are already feeling this effect,” warned Mr O’Dea.

According to new figures from the CSO, Ireland’s visitor numbers from the UK dropped by over 49,000 from December 2016 to February 2017 compared to the same period in the previous year.

“Variation and readiness is essential for any industry, especially in such an uncertain political and economic climate. Ireland and Limerick must look elsewhere to grow its tourism sector, particularly to Europe and North America, and to countries like China and India,” said Mr O’Dea.

“Furthermore, investment in tourism and hospitality must be spread around the country. Limerick suffered during the downturn — infrastructurally, economically and socially — and many would argue that it has still yet to feel the full effects of recovery.

“The tourism and hospitality sector, on which much of Limerick and rural Ireland depends, was devastated by the crash. Many venues were closed, resulting in job losses and fewer places for people to gather and socialise. Within a short space of time, the main streets of many towns and villages off the main tourist trails became shuttered up and run-down. Brexit could easily duplicate this if we are unprepared.”

The Drinks Industry Group of Ireland, the umbrella organisation for the wider drinks industry in Ireland, will soon launch this year’s ‘Support Your Local’ campaign, which seeks to highlight the positive contribution the industry makes to the economic, cultural and social fabric of Ireland, while also calling for Government supports.

The drinks industry alone, including brewers and distillers, supports 92,000 jobs in towns and villages nationwide.

“Ireland’s pub culture and hospitality sector is consistently ranked as one of the top attractions for tourists. This is certainly the case in Limerick,” said Mr O’Dea.

DIGI has put forward a number of policy proposals, including initiatives to regenerate vacant high streets and bring local communities back together.

They have also submitted taxation policy proposals designed to support and the sector to invest in its offering, grow and create jobs in Limerick and across the country.

“New revenue streams and ongoing job creation in tourism and hospitality, especially in Limerick, will allow us to see off threats like Brexit and more evenly bring economic recovery and prosperity to all parts of the country.”