Former pupil challenges Tom Wall over future of the records 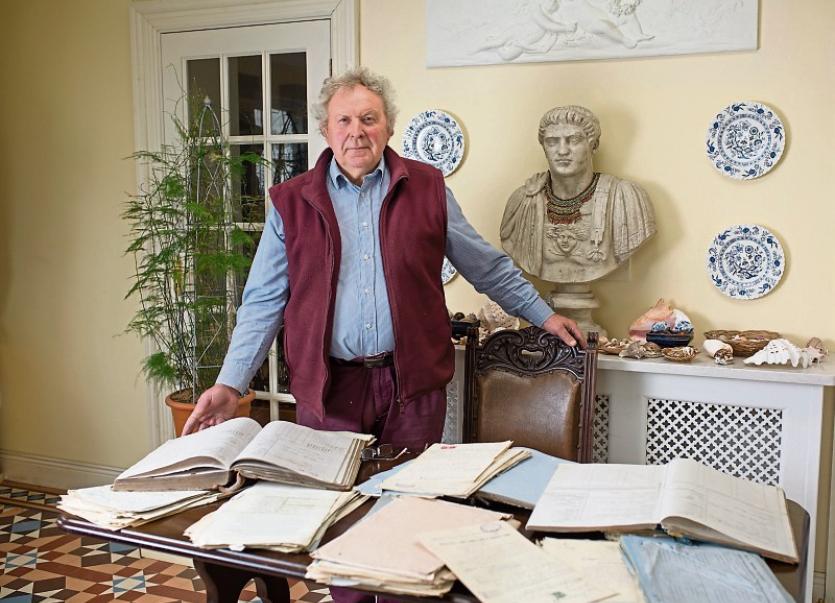 FIANNA Fail TD for Limerick, Niall Collins, has again intervened in the ongoing controversy over documents from the Glin Industrial School which are now in the possession of abuse survivor, Tom Wall.

In March, Br Edmund Garvey, head of the European Province of the Congregation of Christian Brothers, wrote to Deputy Collins who had raised the issue in the Dail, and told him the Brothers would be satisfied with copies of the documents for their archives.

“I have written to Br Garvey and asked him to confirm what he previously said to me which was that they would be happy with copies of the documents,” Deputy Collins told the Limerick Leader.

“But I am still waiting on a reply,” he added.

Tom Wall has, meanwhile, rejected a proposed agreement sent to him by solicitors acting for the Christian Brothers because he felt it did not include a renunciation of any legal claim to the documents by the Brothers.

Now, however, Tom Hayes, secretary of the Alliance Victims Support Group, has challenged Tom Wall, saying that he and other former residents “do not accept the premise that he, Mr Wall, and he alone should determine how these documents should be finally dealt with.”

And he made clear his position that  the documents should be held by the Christian Brothers.

“We are looking for the Christian Brothers, as the custodians of our documents during our time in Glin, to get hold of these documents in our name,” Mr Hayes said.

Mr Hayes, a former pupil in Glin, said he and former pupils “do not accept as credible” the claim by Mr Wall that he was told to burn the documents in 1973.

And he has challenged Mr Wall as to why he kept the documents out of the public domain for over 40 years and has also criticised the media for not challenging Mr Wall on the point.

“These missing documents could have had a significant support element for former residents and their families over many years had we but known of their existence,” Mr Hayes said.

“Their retention by Mr Wall, who does know of their value to survivors, and also of their importance to the Christian Brothers and to the Commission to Inquire into Child Abuse, is the most hurtful and insensitive type of behaviour he could have perpetrated on other survivors.”

Tom Wall, rebutting Mr Hayes’ claims, said he had forgotten about the documents, which were stored in an attic in Glin until 2015, when slates slipped on the roof and he had to get into the attic.

“What I have in my possession is only a fraction of the thousands of documents in Glin,” he said.

There would have been similar documents, similar contracts of indenture from schools all over the country, yet these could not be found in the Christian Brothers’ archive, he argued.

“The only reason, they haven’t them is they burned them all.” All that remains, he said, are ledgers giving one-page accounts of admissions and discharges.

He also rejected the idea of returning the documents to the Christian Brothers so all past pupils and their families could see them.

“The Christian Brothers are not going to show the documents, not to past pupils, not to anybody,” he said, as they would “incriminate them in any wrongdoing”.

“The only time they became interested was when I lodged them in UL.”

It remains his hope that the Christian Brothers will renounce any claim to ownership and will confirm to him that they would be happy with copies.

Then, an independent place can be found for the documents where they can be made available to former pupils and their families and to historians and researchers.

“It could all be sorted out in five minutes between me and Br Garvey,” he said.