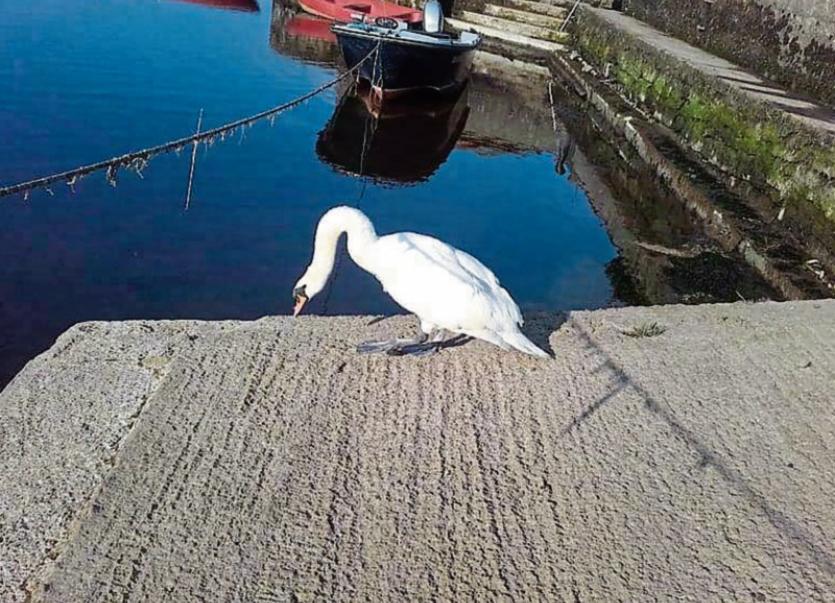 LIMERICK emergency services came to the rescue this week when an alert was sent out that an adult swan was experiencing difficulty in the River Shannon.

Limerick Fire and Rescue deployed its Swiftwater river technicians to the scene at around 6pm on Tuesday, and noticed that the swan’s leg was trapped in the rocks by the Curragower Falls, during low tide.

And no better person than Limerick’s riverman, Pat Lysaght to be called to the scene to come to the distressed bird’s aid.

Limerick Fire and Rescue Service were in puntastic form, when they posted about the incident on social media this Wednesday evening.

In the Facebook post, they wrote: “Our Swiftwater Rescue Technicians were called into action to rescue a Swan yesterday...Within minutes of the call, our crews swooped in, quick as Air Force Swan, to assist this guy in difficulty in the Curragower Falls.

“Owl by himself, one of his legs had become trapped under rocks in the Falls - he didn't have to wing it though...we managed to free him & he was taken into the care of Pat Lysaght - a great man on the river!

“Thankfully Pat reported no injuries to the swan & he was released a short time later.”

Pat, from Corbally, said that he was able to free the swan via a slipway after it was removed from the rocks.